We, as Japanese, do not want to hold our tongues on “Japan’s Annexation of Korea”

The Inter-Korean Summit Meeting and the U.S.-North Korea Summit Meeting were held sequentially, paving the way for the denuclearization of the Korean Peninsula. We expect that the relationship among Japan, South Korea and North Korea will change in the future. However, first of all, we need to have correct knowledge on neighboring countries in order to develop truly good relationships. 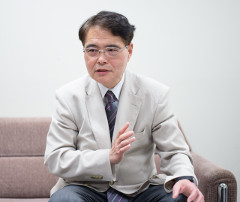 We tend to think of others only from our own perspective; this applies not only to the Japan-South Korea relationship. However, in order to deepen mutual understanding, it is necessary to think of others also from the viewpoint of how other countries see us. Indeed, South Korea and North Korea are neighboring countries, and there has been a history of various exchanges and conflicts. Now that the denuclearization of the Korean Peninsula has started to move toward realization, and safety and peace are being brought to the region, we need to know more about our neighboring countries properly in order to build a new relationship.

In South Korea, a high-tech industry has been developed in recent years and the country is becoming a more multicultural symbiotic society adapting to globalization. I think many Japanese also have such an image of South Korea. However, in the 1970s, a system of developmental dictatorship was established by the Park Chung-hee administration. Park Chung-hee was assassinated in 1979, and in the 1980s, Chun Doo-hwan from the military established a military government. There were also incidents such as the Gwangju Uprising where democratic movements by people were suppressed by military power. In 1987, Roh Tae-woo, who became President later on, declared democratization, introducing a direct presidential election system. For five years from the tumultuous late 1980s, I stayed in South Korea and witnessed democratization movements and citizen movements. I think there are two major conflicting political standpoints in South Korean civil society. One is the idea that communism is bad. In particular, those who actually confronted communism through the Korean War, which began in 1950, think communism is a frightening enemy which can kill even people in the same ethnic group. In Japanese terms, it can be called anti-communist liberalism. The other one is the idea to liberate people from dictatorships and military governments that dominate people. In Japan, it is referred to as people’s democracy, which is like the formula of Marxism. It was claimed that this standpoint would lead to reunification of the Korean Peninsula. I think these two conflicting standpoints were the basic structure in South Korean civil society. However, I think those who have fostered Korean democratization since the 1990s are people in the middle, thinking of these two standpoints as extreme ideas. In other words, they objected to dictatorship, but did not become communists, and thought they could build a democratic society suitable for them. In a region with the geopolitical condition of being a peninsular country at the end of the continent, unlike in Japan, an island country, they had a history of always having to be sensitive to rising power in the continent, and needed to clarify their position. They could not survive unless they won after deciding whether they supported the force or they confronted it by taking part in another force. Under such circumstances, people in the middle, thinking these two standpoints were extreme ideas, started citizen movements, opening the door to democratic society and paving the way to the development of South Korea today. This may not be a special event for Japanese people who have ambiguous culture and support middle positions, but it may be an epoch-making citizen movement for South Korea.

North Korea can be a partner for the Japanese business world

Meanwhile, in North Korea, the greatest purpose is to guarantee its regime’s survival, as can be seen in the U.S.-North Korea Summit Meeting held in June, where North Korea obtained a guarantee of regime security from President Trump. However, this is not easy. Although the shoe has been on the other foot in recent years, North Korea had been economically more developed than South Korea until the 1970s. However, now that South Korea has left North Korea way behind, Chairman Kim Jong-un, who became the country’s leader, may be considering choosing a way to adopt capitalistic socialism like China. In other words, North Korea seems to be trying to become a small China. In fact, I think this is one of the very limited choices for North Korea to maintain its regime. Therefore, as a first step, Chairman Kim Jong-un obtained a guarantee of regime security from the U.S., and in the future, I think he will open the market of North Korea while controlling it, aiming to end the Korean War. Japanese people have a bias because of the propaganda of the North Korea threat theory under the Abe administration. However, I think Chairman Kim Jong-un, who studied in Europe when he was young and who is said to have visited Japan, is a level-headed negotiating partner, and I do not think he would make a catastrophic choice as a statesman. In some way, it is quite possible that North Korea will become a partner for the Japanese business world. 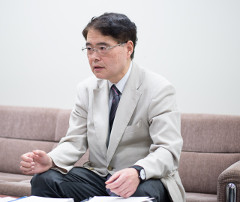 In the story of the recent Inter-Korean Summit Meeting and the U.S.-North Korea Summit Meeting held in sequence, in Japan, progress on the abduction issue as well as the denuclearization of the Korean Peninsula was expected, while in South Korea, the reunification of the Korean Peninsula was the hot topic. Looking at the tone of major Japanese and South Korean newspapers after the meetings, they had the same idea that a concrete decision will be made in the future, and did not request hasty results. It may be because they found that Chairman Kim Jong-un might possibly be a level-headed negotiating partner. Japan also needs to respond calmly.

Meanwhile, regarding issues relating to the reunification of the Korean Peninsula, we cannot see at all what is going to happen. Originally, in the late stages of the Pacific War, Soviet Armed Forces were stationed in the north of the Korean Peninsula, while the US Armed Forces were stationed in the south, which was the start of the division of the Peninsula. At the time of the Korean War, those who won the war were supposed to unify the Peninsula. After the armistice state in 1953, the idea of peaceful reunification arose. In the Inter-Korean Joint Declaration in 1972, peaceful reunification became a major policy agreed between the South and the North, the idea being that they can be reunited peacefully beyond the differences of thoughts, ideas, and institutions since they are in the same ethnic group. However, in South Korea, there was a change in the attitude toward reunification from the 1990s when the country increased its economic power. This is because people were starting to understand that various problems would be caused if the South absorbed the North in reunification as had been seen in Germany, where the West absorbed the East in reunification. For example, the premise of unification by absorption is that the regime of North Korea has collapsed, which means North Korea’s survival strategy has failed. If the South absorbs the North under such conditions, it would cost a lot of money. South Korea wonders whether reunification is worth the effort. On the other hand, in North Korea, there is a scenario of the North-South confederation announced in 1960, followed by the advanced “Democratic Confederal Republic of Koryo” in 1980. This is an idea of creating a big framework (Confederal Republic) while maintaining the regimes of both the South and the North. In any case, the idea that they are in the same ethnic group or they should remove the 38th parallel north is a so-called conceptual argument, and now that it is considered a realistic issue, getting into the actual situation of making a concrete plan for reunification is difficult. North Korea has abundant resources, and South Korea sees North Korea as a promising market, which is an important bargaining chip for North Korea. Japan should also pay close attention to the negotiations and bargaining between North Korea, which wants to maintain its regime, and South Korea, which sees North Korea as a business opportunity.

We should give priority to education of modern Japanese history

I think many Japanese people have the impression that South Korea sticks to and continues talking about the mistakes of the past made by Japan. It is true that South Korean people hate Japan the most according to the survey. This is because colonization by Japan caused Korea much suffering. However, the most popular overseas travel destination for South Korean people is Japan, and Japanese baseball players putting in excellent performances in the major league are frequently featured on the TV sports news. South Korean people have mixed feelings and ambivalence toward Japan. On the other hand, Japanese people, growing up in an island country, have a strong sense of community, a so-called village mentality, and tend to have biased and one-sided views. Japanese people need to learn more about how others see them, not from their own position. In particular, it is important to learn modern Japanese history properly in order to know the recent relationship with Asia including South Korea. Under the education policy of teaching only good things and avoiding embarrassing things and things which hurt their pride, or memorizing only for entrance examinations, they cannot deepen their knowledge or broaden their horizons. At Meiji University, there are a lot of international students from South Korea. They know that Japanese students have not been taught properly about “Japan’s annexation of Korea,” and instead make conversation on topics such as Japanese animation, with a feeling of resignation. With such a situation occurring among the young generation, do you really think we can achieve constructive Japan-South Korea relations? I think that Japanese people can be trusted by Asian people including South Korean through proper Japanese history education, especially modern Japanese history. This may lead to them being recognized as a dialogue partner at least.

* The information contained herein is current as of August 2018.
* The contents of articles on Meiji.net are based on the personal ideas and opinions of the author and do not indicate the official opinion of Meiji University.