What is Seen from the “Back Side” of Nuclear Lawsuits

In 2016, different decisions were made in two lawsuits for the suspension of nuclear power plants. One of them is a temporary injunction issued by the Otsu District Court in March against the operation of the third and fourth reactors of the Takahama Nuclear Power Plant. The other one is the dismissal of a temporary injunction issued by the Miyazaki branch of the Fukuoka High Court in April against the first and second reactors of the Sendai Nuclear Power Plant. Examining the decisions in detail, it can be found that the two courts made exactly opposite judgments about the new restrictive standards for nuclear power plants. Why did this occur? 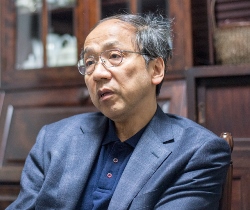 When issuing the temporary injunction against the operation of the Takahama Nuclear Power Plant, the Otsu District Court pointed out problems in the method for calculating the basic earthquake ground motion and the vulnerability of the method for securing power sources in case of an earthquake. The Otsu Court did not have an easy view to the effect that it is sufficient only to satisfy the new restrictive standards. On the other hand, the Miyazaki branch of the Fukuoka High Court dismissed the temporary injunction, judging that it is alright only to examine the nuclear plan’s conformity with the new restrictive standards. Such a judgment was made for the dismissal of a temporary injunction against the Oi Nuclear Power Plant in December 2015. In these cases, it can be said that the courts exactly followed the judgment framework established based on the Supreme Court’s precedents before the Fukushima nuclear disaster in 2011. We, the Japanese people, had to believe the myth of the safety of nuclear power plants until the Fukushima nuclear disaster. However, now that the safety myth has collapsed, many people should expect courts to examine the safety of nuclear power plants strictly and perform the risk control function in society as objective third parties. From this viewpoint, there is a considerable doubt about the courts’ application of the judgment framework before the Fukushima nuclear disaster as it is.

In contrast, the Otsu District Court, which made the decision to suspend the operation of the Takahama Nuclear Power Plant, pointed out problems in the method for calculating the basic earthquake ground motion and the vulnerability of the method for securing power sources in case of an earthquake, mentioning that the investigation of the causes for the Fukushima nuclear disaster is “still in progress” and stating that it “feels great worry” about the attitude of the Government’s Nuclear Regulation Authority, which established the new restrictive standards in such a situation. Moreover, the Otsu District Court has been examining the danger of the equipment for cooling the spent-fuel storage pools, thinking that the equipment is included in the scope of the basic design. This is how appropriate judgments should be made after the Fukushima nuclear disaster.

Judges are under control

Responding to the Otsu District Court’s judgment, for example, some people doubt whether it is legitimate for only three judges to overturn an important political or administrative policy. However, this is just what the judicial check on the power of the government means. Strict self-judgment is prone to be insufficient inside the power. In Japan in particular, such self-judgment seems to have been almost totally lost. To cope with this, judges should monitor the power with an independent and cool-headed attitude as third parties that only follow the spirit of law and justice and their own conscience, and as representatives of the general public. In the case of nuclear power plants, the judiciary should perform the final fail-safe function. It is natural that trial decisions differ because they greatly depend on judges’ senses of values and ways of thinking and judges are human beings who have various senses of values and ways of thinking. However, what if there is a “maneuver” that considerably influences their senses of values and ways of thinking?

Although this is not generally known, the Supreme Court’s General Secretariat sponsored “conferences” in the past to consult about legal problems in specific types of cases. Consultation themes were determined by the bureaus in charge of cases, such as the Civil Affairs Bureau and the Administrative Affairs Bureau. Attending judges were appointed by the chief judge of each high court, district court, or family court. Conferences proceeded as follows: the attending judges stated opinions about each problem; the chairperson questioned some judges; and representative officers from the Civil Affairs Bureau, the Administrative Affairs Bureau, etc. reported the results of discussions within their bureaus and stated views. According to such an overview, the conference may seem like a kind of study meeting for judges. However, the “Secretariat General’s Views” included in the official materials that the Secretariat General complied from the conference results enormously influenced judges all over Japan. For example, in the conference held in October 1988, the Secretariat General stated a view to the effect that “it is sufficient to examine whether nuclear lawsuits are rational or not, respecting administrative agencies’ technical discretion.” It can be said that the judgment framework for the recent dismissal or revocation of temporary injunctions against nuclear power plants generally follow this Secretariat General’s view. Because judges are required to make judgments from a third-party viewpoint, following only the spirit of law and justice and their own conscience, it is necessary to consider which direction of trial follows the spirit more closely.

What we can do to change courts 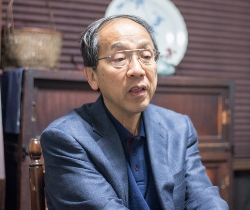 The most effective way to make Japan better is to reform the judiciary. Enormous efforts are needed to reform the administrative agencies, which are gigantic and connect with the nucleus of power. Compared with the administration, the judiciary is small in size, but the effect of judicial reform is tremendous for its size. For example, through a trial, a court can suspend the operation of a nuclear power plant. If the judiciary performs its essential functions, other extremely important changes will occur in society without doubt. On the contrary, if the whole judiciary’s recent tendency toward authoritarianism and toadyism has been increasing rapidly, this also will have considerable influence. This will result in the loss of the most important sector that should protect the people’s rights and freedom. Even in this situation, the General Secretariat of the Supreme Court is going to control the judges all over Japan according to the intention of the authorities.

Essentially, however, it is the people that can accurately monitor and criticize judges’ judgments. The people should not have an attitude of making temporary criticism but one of continuous and proper criticism, always having concern with courts’ judgments without being indifferent to them. For example, if an increasing number of trial watchers not only hear interesting trials but also form groups with the advice of legal experts, such as law schools or department graduates and lawyers, systematically hear trials, and report the results on the Internet, this will become greatly significant as trial monitoring. If such groups open a common website, courts will become unable to ignore it.

The cultural level of the people is high in a society where the judiciary functions soundly. I think that our cultural level will increase if we, the general public, carry out activities to make the Japanese judiciary so ideal and sound as to reform society.