The desired form of graves in the SDGs era

In Japan, the high population density in large cities and depopulation in rural areas have caused serious problems in various fields. Furthermore, in current society, with its high mortality rate, the issue of graves is becoming increasingly urgent as it has become more difficult to acquire a grave in large cities, while the number of neglected graves has surged in rural areas. Today, we need to consider the desired form of graves once again. 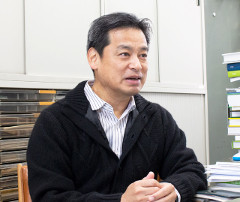 It is said that Japan has become a society with a high mortality rate. The estimated number of yearly deaths in 2018 was approximately 1.36 million. By 2040, it is said that the number will approach 1.68 million. On the other hand, the number of births in 2019 was a record low of 865,000, and this number is on a downward trend. It is terrifying to think what will happen to Japan in the years ahead.

Such changes in the composition of the population cause various problems. The issue of graves is an urgent priority because it is familiar to us and directly linked to the high mortality rate.

First, it has become extremely difficult to acquire a grave in densely populated Tokyo. A typical Japanese grave, in which square gravestones are piled on top of each other, is very expensive, and besides, it is uncertain whether it will be even passed on from generation to generation, considering the current declining birth rate. Because of this, simpler and less expensive styles of funerals, such as a tree burial in which a person’s ashes are buried beneath a tree, have become more popular. However, some cemeteries often have 20 to 30 times their quota of applicants desiring to secure space for a tree to be planted.

One factor contributing to these problems is that the desired form of Japanese graves has not been flexible or diverse.

First of all, it is thought that a typical traditional Japanese grave consists of square gravestones piled on top of each other. However, this grave style only started becoming popular after World War II and has become more common only over the last 40 to 50 years.

Although some families have inherited the graves of several generations of ancestors since the early Edo period, this was limited only to families of the wealthy class.

The family registration of commoners was controlled by temples under the danka or parishioner system. There were only a few people who could afford to build a grave, and bodies were often disposed of in ravines. In fact, there are places in Tokyo where the bones of people in the Edo period that had been stacked in piles were discovered.

As commoners gradually became affluent after the Meiji period, they began building family graves in imitation of the wealthy class. After World War II, as Japan was entering the high economic growth period, the whole society became richer and richer, and building graves became more common.

This grave style became widespread across Japan as if it were an ancient tradition. Around the same time, the total fertility rate (births per woman) in Japan fell to less than 2.08, the rate of births necessary to maintain a population. In other words, the number of children began decreasing then.

What then will happen to traditional graves, which were built on the premise that they would be inherited? Japanese society, in which building fine graves has become common practice, did not give much thought to the traditional style of graves or seek alternative styles.

As a result, large cities where the population is concentrated are experiencing a shortage of sites for graves. In addition, the number of neglected graves where there has not been a family successor has increased, and those gravestones have been removed and illegally dumped in secluded mountains or on the shore.

Over the past few years, there has been a lot more diversity in how a funeral is held as well as the style of graves. Some examples include ash scattering, tree burial, and cremated remains housed in a storage locker inside a charnel building. As shukatsu, or preparation for death, is currently booming in Japan, many people are said to decide on the style of their own grave ahead of time.

However, I wonder if it is a good idea to hasten such a decision. First, I think drastic efforts are required to overhaul the desired form of Japanese graves. Cemeteries in Europe may provide some tips to press ahead with such efforts.

Until medieval times, a cemetery in Europe was built on the premises of a church which was located in the center of a city. However, as the number of those buried increased, the number of burial sites became insufficient. There was also a public health concern because the bodies were buried in the earth. Since around the 18th century, buried bodies have been forced to be relocated outside the walls of the city. Since then to the present day, graves have become concentrated in cemeteries on the outskirts of cities.

Unlike a cemetery in Japan which is crammed with gravestones, a cemetery in Europe is made to look like a park with an abundance of flowers and trees. In fact, people visit there to take a walk or have a relaxing lunch in addition to visiting graves.

The gravestones are also unique. In Italy grave sculpture is a tradition. Sculptures include the image of the deceased, angels and animals. Sculptures in a variety of forms are created to make headstones. They are considered art and inherited as assets of the regions.

The Vienna Central Cemetery in Austria has a “special honorary section” which includes sections for famous musicians and politicians. In the special sections there are headstones commensurate with the achievements of the deceased. Visitors can feel an intimate connection with the great figures of history as they stroll through the cemetery.

In Finland, along with general headstones, natural rocks which seem to have been brought from nearby rivers are casually placed in the cemetery to make it appear like a nature park setting. Plates that identify the deceased are attached to the rocks. Although the style of these graves is ultimately simple, as long as the plate of the deceased is attached to the rock, people can visit the grave anytime.

In the Netherlands, a cemetery provides a contemporary museum-like space with many modern art-like grave sculptures. These graves are provided on a renewal basis. If the bereaved family no longer wants to renew, the gravestone will be taken down and recycled for other uses such as in pavement. The open space will be used by another person. The wisdom of this recycling system is unique to a small nation like the Netherlands.

In Japan, only the City of Nagoya has moved all cemeteries in the city to suburban areas. Those cemeteries partially provide open spaces for people to freely visit and relax just like cemeteries in Europe. However, the graveyards still maintain an old style, and there are hardly any cemeteries that incorporate art or a historical aspect, or the recycling system of gravestones.

Increasing knowledge about graves is a key to preparation for death 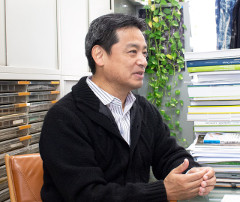 In Europe where burial used to be common practice, they do not have a practice of placing the cremated bones in an urn, even though cremation has become common. The cremated bones are reduced to ashes in most cases.

For this reason, ash scattering and natural burial are more common, and placing cremated bones in a grave is less common. And I think this is the reason why graves in a variety of forms as well as the recycling system of graves have been possible in Europe.

In Japan, too, ash scattering and natural burial are becoming popular. What we have to remember is that a grave and a funeral is for the deceased as well as the bereaved.

For example, some people scatter the ashes of the deceased as he or she wishes, but they may feel regret and develop a sense of emptiness because they have no place to offer their prayers. And some people may wonder if burying a stainless urn in which cremated bones are placed under a lawn where there is no tree growing really means a return to nature.

Although some temples promise to perform memorial services in perpetuity for the cremated remains housed in a storage locker inside a charnel building, the average useful life of such a building is 50 years. But who will bear the repair or reconstruction costs? Even if you choose a simpler and less expensive style of grave because you do not want to feel like a burden to your children, it is not necessarily the best choice.

Even if preparation for death is currently booming in Japan, the important thing is that you need to be open-minded about information about graves and increase your knowledge.

Sometimes mass media reports on temples that accept cremated bones at a low cost. This is nothing new. Many grand head temples of large Buddhist sects have had this system since long ago.

People tend to think a joint grave is a grave for a person with no surviving relatives. However, just like the joint grave, “Moyai no Hi” in Sugamo, Tokyo, joint graves with a fine headstone have been increasing throughout Japan, and there are many married couples who make an application while they are still alive.

Graves may be a difficult subject to discuss, but I think discussing what kind of grave works for you with the people who will be left behind should be part of your preparation for death.

Lastly, the style I would like to recommend is holding a memorial service at home. You place the cremated bones or ashes in a beautiful urn and keep it at home. This way the deceased can be remembered anytime. It will not be too late to make a decision after giving plenty of thought to whether you place the urn in a grave when you finally find a well-designed cemetery having a better system. Most importantly, don’t rush.