Would the house you live protect you from earthquakes?

Severe earthquakes with magnitudes of around 6 have struck our country several times in 2018. Regarding Kanto and other regions today, people say that it would not be surprising for us to experience a huge earthquake in the area at any given moment. Earthquake-resistant technologies that have been developed in Japan, where huge earthquakes strike frequently, are said to be among the most advanced in the world. What kinds of technologies are these earthquake-resistant technologies, and could they be applied to our houses as well? 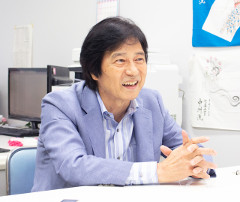 In general, people tend to believe that taller buildings collapse more easily due to earthquakes. It is true that the amount of energy exerted onto buildings through seismic activity varies according to the weight of the building. Here, seismic activity refers to a quaking motion of the ground. Hence, it appears that greater energy is exerted onto high-rise buildings than single-story buildings, causing greater quakes that might lead to collapse more easily.

In recent years, however, it has actually been single-story and two-story houses that have suffered severe damage due to earthquakes, than high-rise buildings. This is because greater energy is needed to shake heavier buildings.

Keeping the above in mind, seismic reinforcement measures clearly need to be varied between low-rise and high-rise buildings.

In the past, people were skeptical about the seismic performance of high-rise buildings, and urban areas building code enacted during the Taisho Era limited building heights to 100 shaku. (31m later) Higher buildings were constructed as exceptional cases, and it was not until 1970 that this height restriction was abolished.

When the Great Hanshin-Awaji Earthquake struck in 1995, collapse was observed in the intermediate story of many of the medium- and high-rise buildings constructed in conformance with the old building standards before 1981. This phenomenon was the same as that observed with piloti structures.

Piloti structures are those adapted with, for example, a hotel having a huge hall without a wall on the ground floor, or a residence with a parking space on the ground floor and residential spaces with partition walls on the second floor and upward. With these piloti structures, the first floor without walls is vulnerable to deformation, and almost all of the input energy is consumed on the wall-less floor. As a result, only the wall-less floor deforms and collapses like a single-story building.

In other words, the exertion of seismic energy is concentrated on the relatively vulnerable floor. Since a certain intermediate story is relatively prone to vulnerability for medium- and high-rise buildings constructed according to the old building standards, only that story collapsed.

On the other hand, low-rise houses are damaged fatally by structural deformation of 40 cm. With these buildings, it would be effective to resist seismic motions by strength and prevent deformation. However, the traditional construction method of wooden houses mainly utilizes columns and beams, and some mud walls are inserted between them. Such a structure does not allow sufficient strength to be secured and it would not be easy to keep deformations to an allowable level when a huge earthquake strikes. Most of the houses that collapsed due to the earthquake hitting the Hokkaido Eastern Iburi Earthquake in September this year were built using the traditional wooden construction method.

How, then, could houses be reinforced against earthquakes? One way is to build houses with strong walls, instead of columns. Imagine a sealed corrugated cardboard box. Such a box resists well against forces in both vertical and horizontal directions. The structure is called a reinforced concrete wall construction, of which the principal is the same as that for wooden two-by-four and panel construction methods.

As a matter of fact, most of the apartment buildings in Japan were built using the reinforced concrete wall construction, so as to meet the large-scale demands on earthquake-resistant and fire-resistant houses immediately after the Second World War. However, the wall construction has lost popularity in recent years and is not adopted very much today because its openings and windows tend to be small, etc.

Another way, houses built using the traditional wooden construction method may also be reinforced these days, by inserting braces in walls and reinforcing the continuous footing with a reinforced concrete.

If your house has been built using the traditional wooden construction method without such seismic reinforcement measures, it is recommended that you promptly provide reinforcement work.

Low-rise buildings with the strength to resist seismic activity have fought against seismic motions with force. Even if successful in the endeavor to this day, there might be only a fine line between success and failure. By enhancing the seismic performance of your house, you would be protecting not only your own life, but also your children’s if you are passing down the house to them.

Buildings constructed on firm ground do not collapse easily 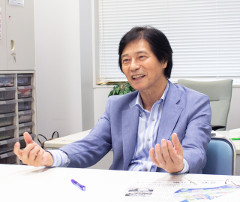 Another important point to check for in order to live with a sense of security, is the ground on which your house is built. Here, the ground refers to the surface layer part of the earth’s crust. Its depth ranges from several meters to about 100 m, and the properties are diverse. A building stands on the ground, and seismic motions are conveyed to the building through the ground.

When something shakes, the amount of time needed for the shaken object to swing in right and left and come back to the original position is referred to as a period. Each object has its characteristic period, and the natural period of the ground is referred to as a predominant period. Each building has a natural period, and when the natural period of the building coincides with the predominant period of the ground, buildings shake the most. (A resonance phenomenon) In other words, the amount of deformation enlarges, and the building collapses when the limit deformation angle has been exceeded.

The natural period of wooden houses and reinforced concrete buildings that conform to the old building standards is roughly between one second to two seconds at collapse. The predominant period of the ground is generally short when the ground is firm, and is less than a second. In other words, a building would not resonate if the ground on which it stands is firm, and the risk of collapse may be significantly reduced.

However, many of the large cities of Japan have been built on alluvial plains, and the ground has a predominant period of roughly one second in many cases. On such grounds and poor grounds like those of reclaimed lands, it would not be easy to ensure seismic resistance for houses built by the traditional wooden construction method or reinforced concrete buildings that conform to the old building standards.

Today, ground information maps may be viewed on the Internet. If you are thinking of building or purchasing a new house, it is strongly recommended that you check the ground on which it is built.

With the damping structure, a member that absorbs energy is installed on most of the floors of a building. The damping members absorb energy from seismic motions starting in a phase when the quake is still small, so that deformation of the building would not be excessive.

In relation to the seismic structure, the most significant development has been observed in recent years with reinforced concrete technologies. The bearing capacity of reinforced concrete structures may be increased easily, and these structures possess high horizontal resisting capacity to begin with. However, most of the structures built in conformance with the old building standards (especially those enacted prior to 1971) show extreme brittleness and are rapidly undergoing shear failure once a certain limit point is exceeded. When the Tokachi-Oki Earthquake struck in 1968, many reinforced concrete buildings collapsed due to shear fracture of the columns.

The technology has naturally been applied to super-high-rise buildings as well. As can be seen, reinforced concrete structures that conform to the current building standards are excellent and smart (wise) structures because they possess high plastic deformability, energy absorbability and an autonomous resonance avoiding function.

For those of you who are considering purchasing a house or a high-rise condominium, it is important to check what kind of earthquake-resistant technologies are being utilized for the house or condominium and the firmness of the ground on which it stands, instead of focusing only on the location and nice views. Be it a low-rise or a high-rise building, seismic buildings protect you and your family from earthquakes. On the contrary, buildings without earthquake-resistant capacity could function as lethal weapon against you and your family.

If you want a house that you can live in with a sense of security, the author hopes that you will be interested in the type of information presented here.

* The information contained herein is current as of November 2018.
* The contents of articles on Meiji.net are based on the personal ideas and opinions of the author and do not indicate the official opinion of Meiji University.