Tips on increasing the satisfaction of older working people

Revision of the Law Concerning Stabilization of Employment of Older Persons in 2013 introduced a continuous employment system where people can work until the age of 65 if they wish. Now, company employees keep working even after they retire at the age of 60. However, investigations reveal that not all of them are satisfied with the way they work. What are the reasons for this dissatisfaction? 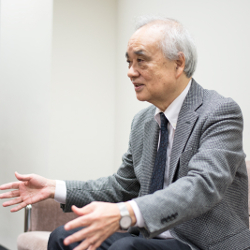 The continuous employment system for older people seems to have been established in Japanese society without any major confusion. Societies are aging in Western Europe as well, so these countries have introduced various policies to encourage older people to work. However, such policies do not seem to have produced significant results, partly because, for a long time, Western European countries had adopted policies that encouraged older people to retire and promoted the employment of younger generations. Japanese people also had a similar idea, but have abandoned it now to cope with the rapidly aging population and very low birthrate. In conclusion, there is no definite ground, either in Japan or European countries, concerning the idea that people should retire at the age of 60 or 65. People have merely retired due to social circumstances. Society, companies and citizens need to get comfortable with the idea that it is good to work actively even in one’s late 60s and 70s.

In actuality, employees also continue to work in various ways even after they reach the retirement age of 60. Nevertheless, we cannot say that older working people are satisfied with their working life. If anything, they are less satisfied. One reason for this is that they cannot earn as much income as they would like, even though earning an income is their main reason for working. While the way older workers are treated under the continuous employment system varies from company to company, employees in many cases retire at the age of 60 and are reemployed by the same company. After that, the company can significantly change the working conditions from those applied before retirement age. The company can reemploy a person as a contract employee without a managerial position, even though they had previously worked as a full-time employee and had assumed a managerial position such as a department director or section chief. Naturally, the company can substantially reduce his/her wages. It seems natural that a 60-year-old employee would be dissatisfied with the present situation in which he/she works in the same way as he/she did before retirement age, but earns less.

There are other reasons why older working people are less satisfied. First, the working styles of older people were already diversified even before the introduction of the continuous employment system. Now, many people work after the age of 60 and the ways they work vary considerably. According to research and surveys of older working people, there are basically three ways in which they secure employment. One way is where they find a job through the request or good offices of the companies they previously worked for. The second is where they voluntarily find new jobs later in life. The third type is where they continue to work for the same company under the continuous employment system. Most older workers use the continuous employment system, shown as the third type. Their demands in respect to work, working style, and satisfaction level vary according to the type. In light of this, I analyzed how to increase satisfaction levels according to type.

Older people who secure employment through the request or good offices of former companies are, in many cases, assigned to managerial positions and earn a higher income than the other two types of workers. They are financially secure, although their income is less than what they earned in their former workplace. They focus on what position they assume in a corporate organization and how colleagues accept their position because they are usually organizers of the workplace or are assigned to managerial positions. Accordingly, they seek trusting relationships with colleagues, and become satisfied when they can build such relationships. It is important to provide workers of this type with many opportunities to present their opinions and policies, or their new ideas as to the organization they belong to.

Older people who change jobs later in their career do not, in many cases, earn as much income as those of the other two types, due to a short length of service. Since they choose companies where they can do jobs they want to do, however, fulfilling their duties and handling work appropriately are key to their satisfaction. To enable workers of this type to display their abilities, it is important for them to establish good communication with their colleagues. It is essential that they discuss with colleagues how to proceed with a task, as well as any potential issues and what is required to improve the work, and thereby receive their colleagues’ recognition of their capacities and skills. Based on this recognition, an environment can be secured where they can work smoothly and efficiently.

In recent years, more and more older people work under the continuous employment system. In many cases, they lose the managerial posts assigned to them before retirement, and the contents of the work change. When questioned in surveys about the ways in which they contribute to their company, many of them answer through training or education of younger colleagues. In other words, workers of this type are more satisfied with transmitting to younger employees the expertise or knowledge they have, although education of younger workers is not among their duties. Accordingly, many of them are eager to develop their educational skills. They seem to be more motivated to work if companies offer them opportunities to learn such skills. Moreover, it is very beneficial to companies. Education of younger employees was previously the responsibility of immediate superiors. Because of corporate downsizing and the declining number of full-time employees, however, middle-level managers are now too busy with their work at hand and have no time to educate their subordinates. We can expect such in-house education to be provided by older workers rehired under the continuous employment system.

Older people work not only for money 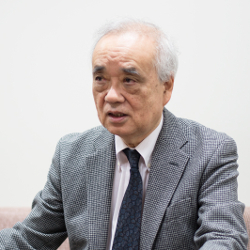 In this way, there are various kinds of older working people. What raises their satisfaction level and what is necessary to raise that level vary for each individual. We should not lump older working people together. As I mentioned above, one of the reasons for their low level of satisfaction is low income. However, not all older people work for money. What motivates them to work includes the chance to make use of their many years of experience, display their abilities cultivated over time, feel connected to society and feel that they are useful. Employers should spend a great deal of time asking each older worker what kind of work they want to do. Naturally, employers cannot always fulfil requests. But even if employers fail to, they should clearly show what they require from older workers, what they want them to do and the roles they want them to play. Moreover, employers should let colleagues know what they expect older workers to do and help them and their colleagues to share such expectations. It might be taken for granted, but investigations reveal that many companies fail to secure these fundamental requirements.

A certain researcher describes the present situation where working conditions drastically change between before and after retirement under the continuous employment system as a “policy of one country, two systems.” The phrase originally referred to China’s policy on Hong Kong. As we cannot expect further development of relations between China and Hong Kong, the continuous employment system might stop functioning if reemployment after retirement is arranged only for employers’ own convenience.

The employment of older people is an important issue for Japan, where the birthrate continues to decline and the population ages. In fact, people are not forced to work. For that reason, it is even more necessary for older people to find value and contentment in working. When workers in their early 60s were asked in questionnaires until what age they wanted to work, the average was 68 years old. A quarter of respondents wanted to work even after they reached 70 years old. While people work to earn a living, many of them want to gain satisfaction from working. Employers should meet their expectations. If those in their early 60s continue to work into their late 60s and 70s in the way they want, they will be models for future generations. Now that the continuous employment system has begun in earnest, it is an opportune time to enhance the environment for employing older people.