Thinking about Risk Management as a Result of SIM Unlocking

The obligation of SIM unlocking started in May of this year (2015). Whilst there are many people who are happy about the Japanese mobile phone environment becoming part of the world standard, as users we also need to be more aware of the mobile phone and internet risks and not just enjoy the convenience. 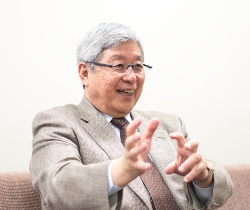 Under the direction of the Ministry of Internal Affairs and Communications, the obligation of mobile phone SIM unlocking started from May. However, due to certain conditions such as having to wait around 6 months after purchasing a device, it is expected that the number of people seeking unlocking will increase from around November. The hope is that, for the user, the increase in options with the removal of being tied to a particular telecommunications carrier will lead to increased competition between carriers and improvement of service, lower cost, etc. Further, this may be an opportunity for the Japanese market and mobile phones which are often ridiculed for Galapagosization to become part of the world standard. When I go to academic conferences overseas, I also often experience the situation where I am asked by an acquaintance to lend my mobile phone and, when I do so, he inserts his own SIM card and makes a phone call. This kind of behavior may also become commonplace in Japan.

On the other hand, there is apprehension about whether Japanese can handle this type of environment. In modern society, where a society is being realized in which everything such as people, things, services and so on are connected via mobile phones and the internet, at the same time that the level of convenience increases, the risks that accompany that also increase. Communications, an internet system, and the establishment of a legislative system associated with this is also essential, however in parallel, we ourselves, using such convenient communications and internet need to have sufficient understanding of methods to prevent and avoid accompanying risks. Japanese tend to be drawn to the convenience and be overly naïve when it comes to the associated risks which arise with this. Of course, it is important to build an environment which is safe and secure for users, but with the current situation, it is also extremely important for users to possess a strong sense of protecting themselves.

In Japan, when buying a SIM card for making phone calls, the buyer is required to show personal identification. This is in order to deter crime such as bank transfer fraud but in many countries such rules do not exist and SIM cards can be easily purchased like other general products. Actually, in countries other than Japan, crime such as bank transfer fraud is not very common. This is because their general citizens do not fall for such scams. In countries like America, they are raised being taught that until the person who has called says their name you must not tell them your name. If the person who has called starts talking about why they’ve called without having provided their name, it is common sense for the receiver of the call to say “hold on” and to check by saying “who are you?” and not enter into the conversation until they have confirmed that the person calling is really someone they know. This is just one example, however, in foreign countries there is widespread awareness of the risk that some people who make contact have a bad intention with respect to society, and the corresponding security consciousness is cultivated. However, in Japan, within the unique environment of the island nation where everybody uses the same language and has the same common sense, the trait to readily believe strangers has developed. The problem is not whether that is good or bad, but in the present day, Japanese people with this trait should be conscious of the fact that via the internet, etc. they are in direct contact with different cultures.

Making a System for the Internet Society, Starting From “Cooperation” 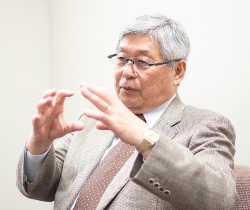 I know people overseas who feel that the internet is a huge revolution, bigger than the Industrial Revolution. There is a transformation taking place in which the systems and rules that humans have created up until the 20th century are not sufficient to cope with the situation. For Japan, it may be similar to the time at the end of the Edo period when the country was opened up to the world and the door was suddenly opened to the rest of the world. Furthermore, through the use of personal computers and smartphones each of us have a direct connection to the wider world. Up until now, the carriers who provide services and users have had a type of hierarchical relationship where users have enjoyed services within a range devised by the carriers, however, the internet environment is calling for a situation in which the structure differs to what has been in place until now. For example, there are situations where users themselves capitulate to risks that were not seen, and there are some users who are more knowledgeable and skillful than the carriers who create mechanisms with ill intention with which they deceive ordinary users. The telecommunications carriers and manufacturers who provide the devices cannot imagine nor grasp the behavior of each and every user. As a result, we must implement a legislative system and build new systems which are safe and secure as soon as possible, but there is nobody who can take the leadership to make these happen.

In other words, in thinking about a system to replace the system that has been in place until the 20th century, a 20th century style approach is not sufficient. A “top-down” method is not what’s required, instead it can be said that what is urgently needed at first is for countries, carriers, makers and users to discuss how to build a safe and secure environment, and to make a structure to build a cooperative, new environment.

These Days it’s also Important to Protect Yourself

Mobile phone SIMs have been unlocked in the current environment where we really need to start building a safe and secure environment. Using this as an opportunity, as users, I’d like each and every one of us to not just pursue convenience but to be properly aware of the hidden risks and enhance our attitude to protecting ourselves. Around the world, why is it common practice to have SIM lock-free and the ability to purchase SIM cards easily? This is because it is also common practice for users to implement countermeasures against risks such as not talking to callers who don’t provide their name, not opening mails from people they don’t know, putting security software on their phones, and constantly updating this software. Although it is also a problem that there are limited opportunities to learn this type of common sense, the convenience of the internet also means that it is possible to research and investigate about the hidden risks of the internet. Please utilize this kind of convenience skillfully. While there are users currently who are happy about SIM lock-free, it is also the case that there are some people who will try to misuse SIM cards.

* The information contained herein is current as of December 2015.
* The contents of articles on M’s Opinion are based on the personal ideas and opinions of the author and do not indicate the official opinion of Meiji University.