It is said that modern society has greatly changed owing to the development of ICT, and the manufacturing industry and logistics circles have also shifted dramatically. At the root of this are changes in the needs of people. It is important for both corporate strategies and administrative measures to quickly grasp these changes and make new proposals. 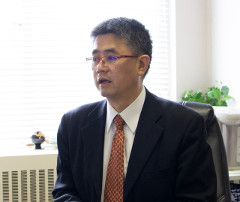 One of the things that we who are engaged in research on transportation are interested in is the sharing economy. This is because it has a great influence on the transportation system as well.

For example, people, especially young people in urban areas, started shunning private car ownership more than 10 years ago, and we began to recognize that this phenomenon was not temporary.

One of the reasons is that people’s values on private cars have changed, along with relatively good public transportation in metropolitan areas. The younger the generation, the more they have begun to realize that owning a car is not worth its high purchase cost and maintenance cost.

Of course, the demand for cars has not completely disappeared. That’s why the use of cars has diversified, starting with rental cars used for weekend leisure or at a destination after travelling by airplane or train, then, moving to car sharing, whereby people can use a car light-heartedly on a daily basis and only when they need to.

Behind this is a change in values. The sluggish growth of income is another possible reason. In the era of rapid economic growth, when incomes were steadily increasing, cars were not only a means of transportation but also a kind of testament to self-expression and status.

However, now that economic growth has stopped, the priority for expenditure is shifting to other uses, such as communications. In the midst of more individualized and diversified mobility needs, there is a limit to dealing with it by simply owing a car. Owning a car is already no longer a tool for individuality and self-expression.

There is an idea that transportation is the derived demand. If your intended purpose is to do something after traveling from point A to point B, you can actually use any means of transportation. People choose transportation that suits their will while balancing the costs and benefits such as faster, cheaper, and easier transportation.

In that choice, people began to see the value of owning a car as not paying dividends and started to choose the way as sharing.

Automakers are also making efforts to deal with this changing need. For example, they sell cars for sharing. However, overseas automobile sales are already much higher than domestic sales, which means there is no future if they only think of the domestic market.

In short, systems that were built to meet the needs of the times during the rapid economic growth period are now required to take new measures to respond to changes in needs caused by slow growth, population decline, and an aging population. In the face of this situation, the entire automobile-related industry is forced to reconsider the value of automobiles.

However, what is important here is to consider how to make use of existing facilities, rather than building new things from scratch. Building from scratch is costly and needs time to respond to changes.

In this sense, we can say a system that proposes a new way of using existing private cars is an approach to respond to new values.

The way of Sharing Economy on cargo and passengers

The transportation system in underpopulated areas also needs to change.

Japan’s total population continues to decline, and more than half of the population is concentrated in three major metropolitan areas. This means the population decline in rural areas is serious, and it also affects public transportation. In short, it is not profitable owing to the small number of passengers.

Meanwhile, public transportation, such as buses, is a valuable means of transportation, especially for the elderly. Therefore, local governments have taken measures to cover the transportation deficit, but if they cannot bear the burden, they have no choice but to discontinue the line. However, this then leads to the deterioration of the living environment of the residents.

In other words, even here, the transportation system that was built in the times when there were many users does not function and is forced to change.

Tips for change can be found abroad. For example, if you go to a rural town in Bolivia, you will notice that there are no trucks running.

So a long-distance bus carries goods with passengers. Even if there are no goods to be transported, there are always bus passengers from the countryside to the capital. In short, they make profit by consolidating cargo and passengers.

In Japan, mixed loading of cargo and passengers has been regulated by law. However, in recent years, the government has examined deregulation, experimentally introducing it in underpopulated areas.

The point is that effective use of existing facilities and systems to meet new needs can lead to faster responses than building a transportation system that meets modern needs from scratch.

Sharing the benefits of BRI (Belt and Road Initiative) 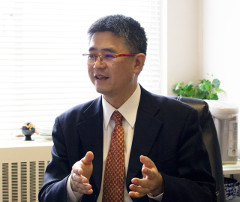 When looking at the world, I take notice of the influence of China’s Belt and Road Initiative on global logistics.

The Belt and Road Initiative tends to be taken politically, but from the viewpoint of logistics, it is also a policy to develop transport infrastructure in countries and regions that have been falling behind until now.

Although it is apt to be thought of as eventually aiming to sell products made in China around the world, we can view it differently from the perspective of today’s global supply chain.

For example, Japanese companies are now expanding into all areas of the world. One of the countries where many Japanese companies are expanding into is China. Especially for the manufacturing industry, the Chinese environment, which covers light and heavy industries in addition to relatively low labor costs, is very favorable. It is also unquestionably a huge market.

When looking at the sales of products made by Japanese companies located in China by sales channel, we can find that they are mainly divided into those to Japan, those to China, and those to third countries, and that sales volume to China and third countries is greater than those to Japan. In other words, for the Japanese manufacturing industry, China has a suitable environment for production, and as a market, it is more attractive than Japan, where the market is shrinking owing to the declining population.

Furthermore, if the Belt and Road Initiative expands transportation infrastructure from within China to surrounding countries, the entire Eurasian Continent, Africa and Europe, Japanese companies will be able to expand their sales channels to third countries.

So, what kind of infrastructure has China developed? This can also be seen in figures.

For example, Shanghai Port in China handles more containers per year than all of Japan. It is extraordinary.

China has made enormous investments every year in the development of such ports and airports, as well as railroads and roads that cross the Eurasian Continent. It would be a waste for Japanese companies not to take advantage of this global transportation network.

Meanwhile, there is a concern that Japanese manufacturing will flow out to China, and the domestic manufacturing industry will decline.

The manufacturing industry in China is good at mass production for mass markets, and because there is the need in all over the world, China is developing a global logistics infrastructure.

However, when looking to the future, I think Japan can continuously demonstrate its presence by improving its high value-added manufacturing and research and development capabilities.

In other words, at first glance, Chinese companies that exported a large amount of large products stand out, but Japanese companies achieved results.

The uniqueness, the development and technological capabilities to create high added values, and meticulous manufacturing are major characteristics of Japan. In order to make the most of this, Japan does not need to develop global logistics infrastructure from scratch because China is now developing it.

Aside from political intentions, I think sharing, in other words a system to take advantage of in the business world, will become a strategy that Japan can capitalize on.

* The information contained herein is current as October 2020.
* The contents of articles on Meiji.net are based on the personal ideas and opinions of the author and do not indicate the official opinion of Meiji University.
* I work to achieve SDGs related to the educational and research themes that I am currently engaged in.