We are the agent for innovation that creates new value

Innovation has been a buzzword in recent years. Generally, this word is often translated into gijutsu kakushin in Japanese [literal translation: “technological innovation”]. Thus, the term tends to be interpreted to mean a novel technology or method that makes a breakthrough. Yet the original sense is not limited to technological change; the term should also be interpreted to mean a key driver for economic development. It has clear implications for our lives as well. 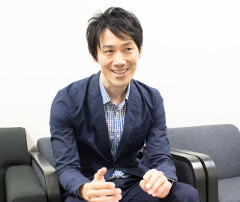 In short, we repeat the cycle of constantly adopting products and services that satisfy our needs, which gives rise to new values, which in turn change our lives.

Creating such new values is none other than innovation.

It is important to note that no matter how innovative an idea or technology is, it does not create any new value unless it is popularized.

Economists judge whether something is good or bad in terms of efficiency. In a nutshell, efficiency can be translated into the sum of total public satisfaction and total corporate profit. It can be rephrased as social value.

In other words, innovation is to give satisfaction to more people, a popularization process from which enterprises can make a huge profit, which in turn makes innovation a key driver for economic development.

Such innovation is not a recent phenomenon; it has been repeated in human history.

A case in point is the Industrial Revolution. The innovation of production technology made it possible to create products and services that increased people’s satisfaction. That brought considerable profit to enterprises that made them, giving rise to economic development.

The Industrial Revolution, however, brought about a host of problems as well.

Regulations that inhibit innovation are counterproductive

Innovation can allow the enterprise that has developed it to capture the market. Such a market cannot be described as healthy, according to the economic theorem that a perfectly competitive market is the most efficient.

In a sense, however, market dominance is a corollary of innovation.

Enterprises are motivated by the prospect of being able to make a huge profit from their innovation. An enterprise that has developed innovation gains such profit by dominating the market, rather than competing in it.

In fact, our online-dependent lifestyle as described earlier is supported by a market dominated by the platform juggernauts called GAFA.

Mindful that personal information constitutes a key factor for enhancing our satisfaction, GAFA was ahead of others in establishing mechanisms whereby such data is collected, analyzed and marketed.

The fact that GAFA thus dominated the market shows that it succeeded in creating innovation.

There are now global moves to regulate market domination by these platform juggernauts.

Market dominance is not only a result of innovation but also an incentive for it. Regulations that deny this fact could lead to the denial of innovation.

Market dominance causes concern when it may inhibit the next innovation.

In fact, studies suggest that an inverted-U relationship exists between competition and innovation. Innovation is unlikely both when competition is too strong and when it is too weak owing to market dominance.

This suggests that regulations, if any, should be introduced in the context of designing incentives for innovation.

The point in this process is how intervention should be carried out, if needed.

In fact, the economics of innovation has too short a history to provide conclusive evidence.

Yet past cases suggest that market dominance can give way to market competition when market forces are at play in the absence of regulations.

Regulations may expedite the process. It is essential to remember, however, that economic and even social growth is impossible without innovation.

Regulations that inhibit innovation are counterproductive.

Co-creation: a new driver of innovation 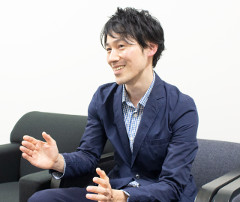 Seen from the perspective of the general public, innovation increases their satisfaction with life but can make their jobs redundant.

During the Industrial Revolution that began in the late 18th century, there was the Luddite movement, in which workers went around destroying the machines that robbed them of their jobs.

We know the history that followed. Conventional jobs decreased but new types of jobs increased. The same thing will also happen in the innovation to come.

The government’s job is to develop measures to absorb a temporarily increasing number of jobless people.

Economic development often entails a wider gap between rich and poor. Such bipolarization is undesirable in terms of fairness. In terms of economics, however, it can generate a desirable situation.

This is because if the economy develops, the total income of the population is expected to grow.

Imagine an economy in which person A and person B earn 1 million yen in income each. Suppose A’s income rose to 10 million yen and B’s income fell to 0.1 million yen. The gap between rich and poor widened in this economy.

In this way, a redistribution policy that is also designed to encourage innovation can increase collective satisfaction although the income gap remains.

Furthermore, each person today can play a part in regulating enterprises without recourse to government regulations mentioned earlier.

People can now express their individual views over cyberspace.

Their poor ratings of an enterprise, if they become prevalent, serve as a community punishment to that enterprise. This is why even a monopolistic enterprise is sensitive to such social evaluation.

Yet such private punishment can be quite dangerous.

Each person needs to develop the capacity to make an appropriate decision as to what constitutes social norms and by what criteria fairness should be judged.

People can be misled by others to make a poor judgment or evaluation that may collectively serve as an erroneous punishment. In that case, judicial intervention will be necessary.

In other words, the effort to shy away from centralized interventions such as government regulations can backfire. To avoid this, it is important for each one of us to acquire mindfulness and self-control.

Innovation should not be confined within the closed framework of enterprises. In fact, open innovation is increasingly sought after.

Another emerging style has a broader framework than that of conventional interactive joint research or collaboration. Under this new framework, innovators try to create something novel by sharing their expertise, facilities, and equipment within a group of unspecified people.

Innovation can be created through such a co-creation process even in a competitive environment. What value will such innovation create? What kind of monopolization will it generate? I have high expectations of future innovation.

As mentioned earlier, it is essential for each person to develop the capacity to make an appropriate judgment going forward. My suggestion to this end is to actively experience new technologies and services.

Such experiences provide you with good training in making your own evaluation of your satisfaction. They may also constitute the first step in the process of creating and popularizing innovation.