Is the conspiracy law full of problems due to the Olympics!?

The so-called “conspiracy” bill was railroaded into law in June this year. Although a wide range of discussions took place at that time, even media coverage of the issue has been rare in recent days. Now that the hysteria of the moment has subsided, it is all the more important for us to rethink calmly about the problems of the conspiracy law. 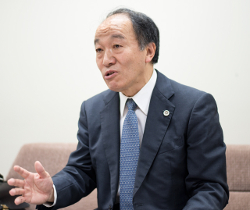 There were insufficient Diet deliberations on the conspiracy bill, because the government did not clearly explain the purpose of the legislation. The original purpose must have been to meet the criteria necessary to become a party to the United Nations Convention against Transnational Organized Crime (TOC). The TOC is a convention adopted by the UN General Assembly at its meeting in 2000 to combat organized criminal groups. As of 2016, 187 countries and territories had become signatories of the TOC, while only 11 UN member states, including Japan, were not a party thereto. The reason why Japan did not participate in the TOC was that it did not have a domestic law necessary for its implementation. This may mean that Japan was so safe as to be able to do without such a legal framework, but there were concerns that the international community might consider that Japan was a backward country not focusing on putting a stop to transnational organized crime and that if no measures were taken, Japan could lose international credibility. In light of this, it is understandable that joining the TOC was a pressing issue that the government needed to tackle. The government should have explained these circumstances in a serious and careful manner. However, what is more problematic is that the government enacted the legislation too quickly.

First of all, without creating a new law, the government added new provisions to the existing law, the Act on Punishment of Organized Crimes and Control of Crime Proceeds, known as the “Organized Crime Punishment Act,” which was the closest to legislation the government was required to pass in order to sign on to the TOC. Having come into effect in 1999, the Organized Crime Punishment Act was originally designed to fight against Japan’s organized crime syndicates. On the other hand, the objective of the TOC is to prevent international terrorism, different from the intended purpose of the Organized Crime Punishment Act. Nevertheless, intent on the rapid adoption of the law, the government planned to revise the Organized Crime Punishment Act by adding thereto “conspiracy” provisions aimed at preventing and penalizing acts of terrorism. To this end, the government had the conspiracy law include the new wording, “as part of activities of terrorist groups or other organized criminal groups,” but it did not provide a clear definition of what “other organized criminal groups” were. With the Law specifying a total of 277 punishable crimes, concerns were raised that the vagueness in the definition of “organized criminal group” could provide an excuse for interventions into ordinary citizens’ activities. Furthermore, according to the Law, two or more people who plan any crime punishable under the Law will all be punished if any of them take preparatory acts, but the definition of these preparatory acts is also ambiguous. Although the Law somewhat provides examples of preparatory acts that are read as “if any of them have arranged funds or goods or carried out preliminary inspections of relevant locations pursuant to the plan or other preparatory acts for the purpose of committing the planned criminal acts,” the scope of “other preparatory acts for the purpose of committing the planned criminal acts” is too vague. What do you think will happen as a result of this? The ambiguity will enable investigative authorities to determine at their own discretion what organized criminal groups are and what constitutes preparatory acts of crimes that could be penalized pursuant to the Law. In fact, in response to questions in the Diet, the Minister of Justice stated that investigative authorities would have the primary responsibility to determine, whereas court ruling would follow. This will put us citizens in the dark as to why we are investigated and what crime we have allegedly committed. There is nothing more frightening than this.

Why has the legislation which is full of such problems and thus causes such doubts and fears as seen above been created? It is because the Diet did not hold exhaustive debates on it. In the case of the issue of the Emperor’s ante-mortem abdication, the government took an extremely cautious stance and heard opinions of a lot of scholars, based on which thorough debates took place. In the case of the Conspiracy Law, it should have consulted a number of experts in criminal law and deepened discussions on the subject in the same manner. Why has the conspiracy law been adopted in such a hurry? It may be because the government wanted to participate in the TOC prior to the 2020 Olympics. It is true that if any misconduct should occur at the Olympic Games, the focus of world attention, it would damage the host nation’s reputation and credibility. However, that does not justify the government’s rapid adoption of important legislation. Although it can be easily understood that the government sets great store by the Tokyo Olympic Games, joining the TOC is no guarantee of safe and secure hosting of the Games. I believe that in order to ensure it, the first thing that the government should do is to build capacity to prevent and combat terrorism. There are a variety of things that the government can do even if it does not become a party to the TOC, such as strengthening manpower and promoting legal and judicial cooperation among countries to make it easier to detect terrorist threats. In addition, Japan has the Organized Crime Punishment Act and rules governing crime of preparation. Some observers argue that the existing law and rules are sufficient for the safe and secure hosting of the Olympics. I also think that the government could have chosen another option; i.e., to host the Tokyo Olympic Games using temporary legislation expanding the applicable scope of those existing law and rules and prepare an anti-terrorism bill through an in-depth debate after the Olympics. If, going forward, the Conspiracy Law is found to have adverse effects due to investigative authorities’ abusive interpretation of it, it is of utmost importance that the government should immediately embark on overhaul of the law and deepen discussions with a view to developing rigorous legislation. 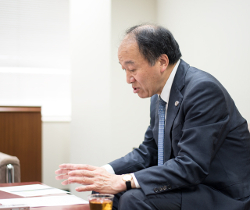 Even more serious than the enforcement problems of the recently established Conspiracy Law is that it may run counter to the fundamental principle of the Constitution and criminal laws; i.e., “People shall not be punished for their thoughts” and “No action, no punishment.” When a person commits a crime, there is first a “plan” to commit it and secondly “preparatory acts” based on the plan, which are followed by objectively identified “preparation” for the crime and “commencement of the commission” of the crime. We have traditionally understood that, no person will be punished unless he/she reaches the stage of “preparation” in accordance with the fundamental principle of “No action, no punishment.” However, under the Conspiracy Law, even a person who engages in “preparatory acts” or “planning” could be criminalized. This means that even a person who hates and harbors designs against his senior, imagines how he would kill him, and shares his feelings and thoughts with his co-worker who was thinking the same could be penalized under the law. This is unlikely to happen in practice, but theoretically, the inclusion of “preparatory acts” and “planning” of crime within the scope of criminal punishments means that “People shall be punished for their thoughts” and “Punishment without action,” trampling on the fundamental principle of the Constitution and criminal laws. Moreover, “freedom of thought and conscience” is an essential principle of democracy. There cannot be true democracy unless this freedom is guaranteed. The Conspiracy Law comes into conflict with this principle of democracy as well.

Nevertheless, it is true that the requirements of the rule of law can sometimes clash with those of democracy. For instance, if any act of terror should be committed, it may not only damage the attacked country’s reputation and credibility, but also threaten the lives, bodies, and property of its citizens. The rule of law is indispensable for the country to prevent and fight against terrorism. Before the enactment of the conspiracy law, media and some others sparked general public fears to one extent or another by demonstrating similarities between the legislation and the Maintenance of the Public Order Act in the pre-war period. It is certainly important to cast a cynical eye on what the government is going to do. However, as long as we just get emotional about opposing, driven by a sense of fear and crisis, we are unable to have a serious debate. We must first have a clear understanding of what the government’s intention is and evaluate if the legislation is an appropriate tool to fulfill the intention. For example, the 277 crimes penalized under the Conspiracy Law do not include “violation of the Public Offices Election Act” or “violation of the Political Funds Control Act,” whereas it is normal for foreign countries to include crimes related to politicians in those crimes punishable under similar law in order to prevent criminal organizations from colluding with political power. The exclusion of politician-related crimes in Japan reflects Japanese politicians’ own view that such crimes are unlikely. Can we say this fits the purpose of the Conspiracy Law? I would like you to also focus on, and have doubts about, such an issue. I consider that to this end, we law scholars and law practitioners must continue our efforts to provide the public with relevant information and comments about the law to help them make a proper evaluation of it. I hope that our efforts will get general citizens interested in the purpose of the Conspiracy Law and give them an incentive to participate in discussions about it.

I have mentioned above that the recently introduced conspiracy law may undermine the fundamental principle of the Constitution and criminal laws. It is crucial for us to think about this and spend a lot of time discussing it.