Today, “Internet addiction disorder” is said to be a serious problem. While it has been pointed out that absorption in the Internet can cause disruption of work, household tasks, and studies, it has recently been said that it may even impact the brain structure of human beings. What does this mean? 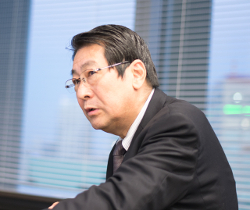 Today, as mobile devices such as smartphones are widely spread, you might find nearly no one who does not carry these devices when going out. So many people are operating smartphones in a train, and it is not uncommon to see people walking on a street while watching smartphones. According to a book “Issho ni itemo sumaho” (Reclaiming Conversation: The Power of Talk in a Digital Age) (Seidosha, 2017) written by S. Turkle, this is not particular to Japan, and a word called “phubbing” is said to be well-known in the USA, meaning a behavior to neglect someone in front of you while being preoccupied by a smartphone. Some people never let go of their smartphones even for a moment, and care more about the information on SNS and the like than the reality in front of them. Particularly for young people, I heard, it is not too difficult to type an e-mail while watching the people in front of them. For the generations who have had mobile communication devices at hand even from early childhood, phubbing may be a lifestyle to adapt to the environment and they might feel it quite natural. On the other hand, to me, those people who cannot feel comfortable when they don’t carry smartphones seem to have contracted Internet addiction disorder.

Internet addiction disorder has been pointed out by many voices from a rather long time ago. For example, Kimberley Young, a clinical psychologist from the USA, studied the impact of Internet use on spirit and categorized Internet addiction disorder as a mental disorder in about 1994. In recent years, “iDisorder” (Japanese title is “Dokuninaru tekunoroji”) written by Larry D. Rosen, an American psychologist, in 2012 is well-known. In this book, a behavior that is now called phubbing was already introduced, and showed that, in an experiment of prohibiting students to use SNS for a week, the test subjects started to claim they suffered intolerable anxiety, and only 10 to 15% of the students could actually conform to the rule. In Japan, “Narcissistic personality disorder,” which became well known by a criminal case where a suspect who attacked a facility for the disabled and killed many people last year was actually a patient who has this mental disorder, is discussed in terms of whether it is related to SNS or posting sites. Although “People can show ‘how they want to be viewed by the world’ by various opportunities and options provided by SNS and the Internet,” and they “no longer need to exhibit their arrogant and exaggerated image as if particularly advertising themselves”; “such selection induces a kind of narcissism. When they select a photo for profile, they should select one that is particularly well taken,” so the book asserts. Then, the book shows an example; when you meet someone who looks rather different from the reality and uses a profile photo apparently modified to look better, or someone you became acquainted with through SNS, such person would talk only about a large story of oneself and never ask anything about you who he/she met for the first time, for an entire hour and a half. In other words, these books assert, although self-love or narcissism is common to anyone to some extent, SNS and the like can work as a trigger to develop it, leading to some mental disorder with a strong sense of entitlement and insufficient empathy to other people.

“Convenience” developed from the pursuit of efficiency and its problems

Furthermore, there are other remarks as pointed out by author Yukitaka Morita in a book “Intanetto ga kowashita kokoro to kotoba” (Heart and words broken by the Internet) (Gentosha Renaissance Shinsho, 2011). The book says that, even if you don’t reach the stage of mental disorder, “The number of people who have psychological distressing is growing in modern society. As the background of this, the drastic change of communication methods after the widespread use of mobile phones and the Internet can be raised. These are degrading our thinking and language abilities, leading to weakness of the mind.” Professors of US universities are also pointing out the drastic decline of reading ability for long sentences and tendency to fall into self-centered thinking among students (“Netto Baka” (The Shallows: What the Internet Is Doing to Our Brains) by Nicholas G. Carr, Seidosha, 2010). Certainly, when you face some issue, you can find the answer instantly through SNS or the Internet in recent years. I also feel that this tendency reduces the need of people to think deeply and induces the tendency of people to abandon thinking itself when the answer is not found. We cannot deny the assertion that there are more young people whose thinking ability is lowered, who do not think deeply, and are indiscreet and self-centered.

Certainly, smartphones and PCs are convenient tools. Then what is being convenient? The pursuit of convenience is actually the history of human beings, and in a sense created civilization. However, there were some costs to pay. It should be easy to take an example of the Industrial Revolution. In the Industrial Revolution, while people built a convenient framework to mass produce products efficiently by using machines, a large number of jobs were lost by replacing man’s labor works by machines. That is, the “convenience” of the Industrial Revolution was nothing more than “efficiency” and the notion of the efficiency also reduced the number of workers. The same thing is happening in the IT revolution. The convenience this time is the realization of efficient communication. Without spending time to meet people and moving to meet them, you can now collect information efficiently. This has also led to efficient thinking, and people have obtained the “convenience” to skip deep thinking. Furthermore, the reduction of the number of human contacts has brought forward the isolation of people. The convenience of the IT revolution is nothing more than the efficiency of communication and thinking, and the notion of this efficiency, in my opinion, has reduced the emotional capacity to empathize and cooperate with others.

Importance of thinking about “efficiency of inefficiency” 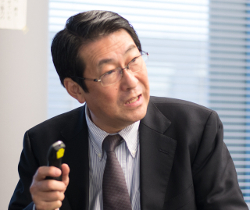 Many researchers of brain science point out that the IT revolution has brought about a change of human brain structure. Although we at present do not know what future it will create, I believe that the importance of this tendency should be recognized in the field of marketing, which is my area of work. When the efficiency of a new product is advertised, we may accept it without doubt, or conversely, when an information device such as a smartphone is at hand, we can sufficiently kill time with it and do not feel desire for the goods or services fully promoted by the marketing results of companies. Also, even if we feel the attractiveness of such goods, more and more people may not want to take time to move for shopping if the goods can be ordered by the Internet and delivered on the same day. This gives us the anxiety that retail shops and shopping streets where shops gather at one place will be shrinking one-sidedly. If this happens, the pleasure of shopping in the street with families or lovers may be lost.

However, isn’t it all the more necessary in a time like this when anything can be acquired easily to know the importance of taking time and making efforts in human society? For example, when you have to communicate something invisible to someone, you are more likely to convey your true intention by using the inefficient and cumbersome method. When you wish to present something to your loved ones or someone important, you are more likely to bring your true heart to others by presenting a hand-made muffler you knitted over a long period of time than presenting an expensive ready-made branded muffler. Or you will convey your true character or credibility more to other people by taking time to meet in person or dining together, even if it feels cumbersome, than by just sending a message by e-mail.

The reality we recently see in our daily lives is that husbands and wives, and lovers and friends who sit together get carried away by their own smartphones and have almost no conversation with others who are close by. It may be said that the human communication relationship in the simultaneous space is becoming sparse. Am I the only one who worries that, as people get used to this situation, they will be poorer at creating solid relationships with others, and the important ability of a human being to create something real by cooperating with others may be gradually lost? I believe that we all should review one more time the importance for human beings to take time for something inconvenient and complicated, and to consider the meaning of a notion such as “efficiency of inefficiency” now.

* The information contained herein is current as of December 2017.
* The contents of articles on Meiji.net are based on the personal ideas and opinions of the author and do not indicate the official opinion of Meiji University.