Recent years have seen a string of alleged destruction and falsification of official documents seemingly aimed at covering up wrongdoings by top elected government officials, as well as sontaku – the practice of covertly pandering to their tacit wishes – by bureaucrats. Although the phenomenon is attracting extensive media coverage, some critics say that the media has actually failed to get to the bottom of the problem. What is at the heart of the problem? What should be addressed? These are the questions that we, the people, must deal with for ourselves.

It is only human nature to want to cover up blunders 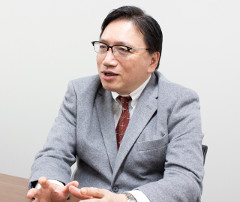 The Public Records and Archives Management Act came into force in April 2011. The act concerns the preparation, management, preservation, and destruction of public records and archives as well as their disclosure and transfer to the National Archives of Japan.

The legislation came after a spate of cases of sloppy management of official documents, including a partial loss of annuity insurance records.

Despite the legislation, there is still the issue of whether official documents exist or not over a series of political scandals. These scandals include three cronyism scandals involving the school operator Moritomo Gakuen, the Kake Educational Institution, and a publicly funded cherry blossom-viewing party, as well as the alleged cover-up of daily reports of Japanese peacekeeping troops in South Sudan.

These scandals have raised public doubts surrounding the possibility that politicians and bureaucrats are colluding to cover up inconvenient truths. We, the people, have increasing misgivings about the legislative and executive branches of government.

Researchers interested in public policy and the design of public administration systems are also focusing their attention on why some such systems are not working well or why they have not been improved.

A case in point is the notion of creating an organization that learns from its mistakes – a notation well known among businesspeople.

The idea is that organizations should improve themselves by making efforts to prevent the recurrence of the mistakes that they once made rather than letting themselves be bound by past successes. This is a rather familiar idea. We often learn from our mistakes in our daily lives.

For politicians and bureaucrats, however, a single mistake could be fatal; it could be preyed upon in political maneuvering rather than being used as an opportunity for improvement.

In other words, the purpose of “learning” is to dismiss the officials responsible rather than to actually improve the situation. This essentially follows the rather simple idea that “once they resign, the case will be settled.”

In such a milieu, neither blunderers nor accusers are sufficiently aware of the need to earnestly analyze mistakes and learn from them.

Blunderers thus tend to have an excessive desire to cover up their mistakes to defend themselves.

People do not want others to know their weak points. That is only human nature. If the revelation of weak points can put people’s jobs at risk and thus endanger their livelihoods, then it may be quite natural, in a sense, for them to feel the temptation to hide these points.

It is not incomprehensible that bureaucrats feel like destroying or hiding official documents that testify to their misconduct.

Of course, this is not to say that their misconduct is unavoidable since it is part of human nature. It must be clear enough that it is essential to design and operate public administration systems that factor in such human nature.

In this sense, it must be easy to understand that vilifying or dismissing those in charge alone does not constitute a better policy.

Why, then, does the Public Records and Archives Management Act seem to be ineffective even though it was purposely legislated after the sloppy management of official documents came to light?

Surprisingly, the act allows for a preservation period of less than one year for minor official documents unless otherwise provided, although it characterizes official documents as “an intellectual resource to be shared by the people.”

It is up to competent government offices to decide which document is subject to a less-than-one-year preservation period.

To put it in extreme terms, official documents that competent government offices deem minor may be destroyed the next day after they are prepared under the act.

Clearly, it is easy to imagine that preserving routine business correspondence for a long time would require enormous effort and manpower.

This may be a major factor that has prompted private businesses to shift to paperless offices. The government’s argument that backup data does not constitute official documentation may sound illogical to the general public.

It is ideal to design a system under which official documents are defined in minute detail and invariably preserved. But is it feasible to operate such a system successfully? It is by no means an easy feat.

In fact, it is almost impossible to set rules for classifying documents and memos of various kinds that are produced in day-to-day operations and manage them according to such rules.

We may simply wonder why ineffective systems are designed in an efficient country like Japan.

In a highly complex and sophisticated society, however, it is impossible to factor in every possible condition in designing a system. A more feasible approach would be to design a system that can be operated flexibly – a system that intrinsically allows for smooth operation.

In which case, everything depends on norm compliance on the part of people who operate the system in question. Take a certain set of rules, for example. Some people consider it a virtue to strictly abide by them. Others consider it absurd. Yet others try to find convenient loopholes in them and gut them legally.

Earlier, I touched on the importance of system design and operation that factor in human nature.

Despite its importance, it must be clear enough that depending solely on systems has its limitations since applying rigid rules to everything is not a practical approach.

Then how can we design a system that takes into full account human nature that wants to cover up inconvenient truths? Is it possible to operate it appropriately in line with the objectives it is designed to address?

These are not easy tasks, but I believe that the professional spirit and pride of government employees, as well as our civility, make them accomplishable.

Our civility enhances the professional pride and spirit of government employees 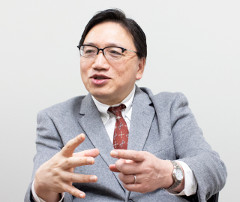 There is the notion of dysfunctions of bureaucracy.

Bureaucracy is an extremely efficient entity. It is supported by three features: documentism, clear decision-making processes, and defined rules of action.

This happened in the summer of 2019, when a municipality that was hard hit by a powerful typhoon refused to accept homeless people at one of the evacuation sites that it had set up. This action was covered by the media and called into question its legitimacy.

The fact was that municipality officials asked the homeless people to go to a separate evacuation site that the municipality had set up for people without a certificate of residence. These officials just went by the rules.

However, the storm was disastrous, and some sections of the road had been inundated.

The municipality established evacuation sites to save lives. But the strict observation of the rules resulted in an action that ran counter to this purpose. This represents a dysfunction of bureaucracy.

Distinguishing evacuation sites may have been the problem in the first place. Despite such system design, it was important to apply the rules flexibly on the ground in light of the original purpose.

However, such flexible application of rules or system operation can be abused intentionally.

It is difficult to design a system to avoid such abuses. This is the very reason why much depends on the professional spirit and pride of government employees. The question is whether our civility can support them.

Simply speaking, the term civility means courtesy or politeness. In recent discourse on American politics, the term often attracts attention and is sometimes used in the context that civility is in jeopardy.

Perhaps, many Americans are witnessing a politics which lacks dignity or respect for society.

Nevertheless, not a few people believe that courtesy has no place in dog-eat-dog politics.

I believe, however, that we, the people, must call for more civility among politicians and bureaucrats, which in turn demands that we must enhance our own civility.

Our enhanced civility can have a major impact on politicians and bureaucrats.

This may sound like a fantasy. However, I do believe that if each and every one of us becomes more aware of the importance of civility and engages with society accordingly, the professional spirit and pride of politicians and bureaucrats will be boosted.