Although agreement on the Trans-Pacific Partnership (TPP) was roughly reached in 2015, it is now deadlocked due to Trump’s announcement to abandon the TPP. He is against the TPP because he is focused only on its impact on the US economy. However, there are opinions that Trump should look at the larger overall aim of the TPP.

The TPP has aims other than free trade 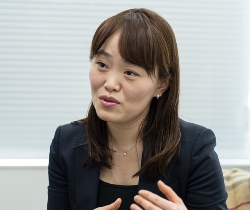 New US President Donald Trump has shown his intent to implement ultraconservative policies, which is causing a sense of crisis in many people all around the world. This is because Trump’s conservatism reminds us of the conservative economic diplomacy adopted by many countries in the 20th century, which triggered the two World Wars. Based on the lessons we learned from those World Wars, we have promoted free trade by establishing GATT and founding the WTO. Trump seems to be trying to turn back the clock. His perspective seems narrow because he only talks about the domestic economy. However, such conservatism cannot buoy the US economy. For example, supply chains have been established globally, which makes it impossible for us to return to the early 20th century. When we look back at the history from a wider point of view, we come to understand the significance of the TPP, from which Trump has announced his withdrawal. The TPP is also still controversial in Japan, and some people argue the TPP only from the viewpoint of free trade. However, the TPP is different from the FTA which is aimed at the elimination or reduction of tariffs for the purposes of trade liberalization. Let’s examine the significance of the TPP based on the history of Asia.

After World War II, there was a movement to establish a community in East Asian countries like the community in Europe. In 1990, Prime Minister Mahathir of Malaysia advocated an economic scheme in East Asia, the East Asia Economic Caucus (EAEC). However, the idea faced bitter opposition from the US, which felt concerned that an exclusive economic bloc would be created there and the US would be driven out. Then, South Korean President Kim Dae Jung proposed the East Asian Economic Group (EAEG), which also drew US opposition. When Prime Minister Goh Chok Tong of Singapore proposed the Asia-Europe Meeting (ASEM), Asian countries found it difficult to act in unison.

Meanwhile, Japan was in a delicate position. Japan wasn’t able to actively participate in these schemes that the US was opposed to, or take the initiative due to Japan’s past advances into Southeast Asia based on the Great East Asia Co-Prosperity Sphere concept. The situation changed when Koizumi was appointed prime minister in 2001. PM Koizumi did not advocate an East Asian community straight away, but did propose a bilateral economic partnership. What is important is that the he did not seek an FTA that focused on free trade but rather an economic partnership agreement (EPA) that included promotion of investment and movement of people, protection of intellectual property, making of rules about competition policies, and other bilateral cooperation in various different fields. In other words, Koizumi wanted to promote the economic development of his counterpart, thereby securing its political stability and enhanced governance in addition to trade liberalization.
Japan concluded an EPA with Singapore in 2002. At that time, no economic advantage was gained from the EPA with Singapore. The true intention of Koizumi was to build an economic community by concluding bilateral economic partnership agreements with other East Asian countries. Actually, Koizumi’s strategy was based on the spillover effect. The spillover effect is a notion that Ernst B. Haas formed in the late 1950s. The basic ideal of the notion is that integration between countries in the economic sector and confidence building will create strong incentives for integration in the social sector, neighboring countries watching the integration are then influenced by the integration, and political integration in the region is ultimately achieved. The framework of the EU was created based on the spillover effect. After conclusion of the EPA with Singapore, Japan concluded an EPA with Mexico in 2005, Malaysia in 2006, Thailand in 2007 and Indonesia in 2008. Now 15 EPAs have already entered into force.

However, the United States’ participation in the TPP changed the situation. The framework of the TPP was originally created by Brunei, Chile, Singapore, and New Zealand known as the Pacific Four (P4). The United States, which had been afraid of being excluded from the East Asia economic zone, realized that it could join the Pacific Rim framework and make up its own rules. Although Asian people don’t really notice that the US watches Asia, the Asian market attracts the attention of the world as an emerging market. After the US participation, Japan also participated in the TPP in 2013. The point is that the participation of the US and Japan has made the TPP clauses closer to those of the EPA that Japan is already engaged in. In fact, the TPP became a sophisticated economic partnership because rules were made concerning intellectual property rights, the environment, labor and other fields in addition to trade liberalization. Now the TPP has become a framework for seeking peace in the Pacific Rim region, which can be thought of as being equivalent to the EU.

Japan should take the initiative in creating an “East Asian Community” 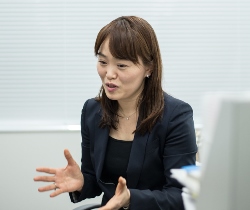 In reality, the TPP also aims to curb the power of China. One of the reasons why the TPP clauses are so democratic and sophisticated is said to be the US intention to prevent China from joining the TPP and to contain China. The US wants to be in a leading position in the East Asian market, but on the other hand, China is also opposing the TPP countries by promoting the Regional Comprehensive Economic Partnership (RCEP), establishing the Asian Infrastructure Investment Bank (AIIB), and proposing the One Belt, One Road initiative. One Belt, One Road is a grand economic bloc initiative to promote trade between two regions, the Belt and the Road. The Belt refers to the Silk Road Economic Belt which connects China with countries in Central Asia and Europe. The Road refers to the 21st Century Maritime Silk Road which connects the coastal region of China with Southeast Asia, India, the Arabian Peninsula and the eastern coast of Africa. Unfortunately, the initiative is aimed primarily at trade liberalization, not at regional political stability or enhanced governance through economic partnership, which are the principles of the TPP. In other words, the initiative is known as a low-level trade agreement aimed at developing the Chinese economy.

Japan has shifted its focus from the EPA to the TPP, but its policy seems shaky due to the US announcement to withdraw from the TPP. I believe Japan should take the lead in developing the TPP if the US does actually withdraw. This is because the TPP has the potential to create a community not only in Pacific Rim countries but also in East Asia. In the past, ASEAN itself had wanted to create a community in Asia on its own, but failed to unify the ASEAN countries due to the economic disparities and a crack known as the ASEAN divide. The fact that EAEC proposed by Prime Minister Mahathir of Malaysia collapsed is one of the reasons that ASEAN members want Japan to take the leadership. Japan has to be careful about the memories of Asian people as Japan had previously advanced into Asia in the name of the Great East Asia Co-Prosperity Sphere. This memory does not easily fade. If Japan is only looking out for its own interests, it would create strong opposition from people in the rest of Asia. It is important for Japan to put itself in Asian people’s shoes and make efforts together to enhance their economies and their governance. I know there is also opposition to the TPP in Japan. I would like the Japanese to understand that peacebuilding in East Asia will serve Japan’s interest in the long run.

Lastly, I wonder if the US will really withdraw from the TPP. As I said before, conservatism cannot help revive the domestic economy. In addition, bilateral agreements cannot be concluded as easily as President Trump expects. It is the US that has long focused on Asian emerging markets and has been nervous about the rise of China. There is a possibility to build a new economic partnership framework after changing the name of the TPP, and start discussions again.