The 2030 Agenda for Sustainable Development: Thinking about Our Next Actions

When we think about supporting developing countries, we tend to conjure up images of visiting the countries firsthand and implementing local activities on the spot. In the field of international development, this year has become memorable because a new worldwide initiative, “the 2030 Agenda for Sustainable Development” (the 2030 Agenda), has been adopted in the United Nations summit. Compared to previous frameworks, this renewed agenda puts strong emphasis on the responsibilities that developed countries must assume to deal with current problems on a global scale. 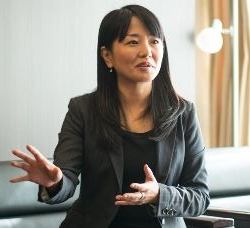 The 2030 Agenda is an international plan of action, following “the Millennium Development Goals” (MDGs) launched toward the eradication of global poverty. The 2030 Agenda sets its goals and targets to be implemented by 2030 to challenge poverty, disparities, and environment problems by introducing comprehensive approaches.

The 2030 Agenda has some points that are significantly different from the MDGs. First of all, the objectives of the MDGs primarily focus on the fields in developing countries; hence the main idea of the MDGs is based on working toward the improvement of conditions in developing countries. For instance, if children in a developing country have no access to education, actual programs have been mainly carried out within the country to increase the number of children attending elementary schools. In this context, the role of developed countries would be to support such local concrete programs. However, the understanding that has been prominent in recent years is that problems in developing countries are no longer viewed as the complications only in these countries; instead, contemporary issues like poverty and environmental deterioration should be regarded as universal challenges. Let’s say, many people tend to think that deprived situations in African countries have been caused by a lack of the countries’ self-efforts and motivations. However, it is critical to acknowledge that exploitation of resources in Africa by developed countries is also a major contributing factor. Because of this, the 2030 Agenda reflects the notion that developed countries must accurately recognize this fact and take necessary initiatives and responsible actions.

Although such a way of thinking may not yet be familiar in Japan, we can understand the importance of this idea by simply looking at the issues of pandemics or global warming. Previously, even if there was an endemic prevailing in a specific region of the world, the disease would not cause widespread damages across the borders. In modern days, however, its risk may easily go beyond the original region; therefore many countries take preventive actions and sensitive precautions to infectious diseases. It has been increasingly perceived that devising countermeasures worldwide should be the key against such globalizing problems. Likewise, the same idea can be applied to the issues of poverty and disparity in developing countries since impoverished conditions in the third world have considerably stemmed from a series of exploitations by developed countries. That is, it is desperately required to cope with these problems in an internationally consorted manner. On-spot activities are surely crucial; but it will also be more important to take structural approaches reaching to the macro policy level. This is why there is an increased demand for advocacy activities. Toward the acceleration of advocacy, civil society including non-governmental organizations (NGOs) has been getting further vigorous to monitor and lobby the policies and programs of governments and international institutions. Needless to say, each of us as citizens also needs to raise our voice against the high table of world politics.

Encouraging the involvement of the private sector

In order to work on existing problems, it is critical to gain cooperation from the private sector in developed countries, especially the companies conducting overseas operations. Conventionally, corporations are often involved in third-world assistance by way of offering donations and charitable activities. However, along with the expansion of the concept “corporate social responsibility” (CSR), companies are also pursuing alternative schemes to solve the problems through their business ventures. For example, detergents and seasonings, which are usually sold in bottles, are packed for single use in developing countries, so even the people in in the low-income group will be able to purchase the products at a reasonable price. Consequently, this has led to sanitation improvement by the use of detergents and malnutrition reduction by adding essential nutrients to the seasonings. This business approach allows companies to make a profit while contributing to the well-being of poor population. In fact, this model, which is called “BOP business” (Base of the Economic Pyramid), has been attracting great attention in recent years.

In addition, “fair trade” is important to correct unjust trading structures exacerbated by market-oriented economies. The purpose of fair trade is to promote trading practices with fair prices. For example, coffee is mostly grown in developing countries, but what coffee farmers can earn is just nominal, few percentages out of the total price sold in developed countries. There is no wonder if someone calls it exploitation. Hence, if companies in developed countries trade commodities for a fairer value, it will eventually lead to improving working environment and increasing overall income in developing countries. Also, it is highly expected that consumers in developed countries will be given an opportunity to learn such unfair trading practices and understand the causes of poverty in developing countries. Although BOP business and fair trade may be sometimes subject to criticism depending on how those are implemented, such efforts made by companies should be conceived as an important step to highlight the significance of corporate responsibilities.

Departing from a passive observer 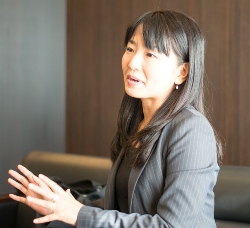 While the number of companies engaged in CSR activities has been on the rise, money-related scandals by world’s leading global corporations are repeatedly revealed. Some corporations commit themselves to transferring profits gained in developing countries to their subsidiaries located in low-tax countries in order to avoid/reduce tax payment. Since these profit transfers are not necessarily illegal and can be justified within legislative frameworks, it is quite difficult to curb such unethical business practices. Thus, prompting ethical and responsible corporate activities has become one of the indispensable challenges that the 2030 Agenda must tackle.

In this regard, what is important for us as citizens is to keep our eyes on what companies are actually doing in detail. To do so, we need to fully raise awareness and knowledge about companies’ operations to make a correct, rational judgement. For instance, not many people are aware of ISO 26000, an international guideline pertaining to social responsibility of organizations. Checking whether a company complies with ISO 26000 would be one of the effective indicators for the judgment. Moreover, we also can express our intentions and become responsible consumers by buying fair-trade or environmentally-friendly products. What is really needed for us is relating ourselves to the problems in the third world, instead of regarding them as nothing to do with us. Having said that, however, we don’t need to do something big or special. Each of us can start from what we can do in everyday life. Our small steps will eventually result in significant changes. In order to achieve the goals and targets of the 2030 Agenda, all stakeholders of society such as governments, citizens, and companies must find the way to work together.

* The information contained herein is current as of November 2015.
* The contents of articles on M’s Opinion are based on the personal ideas and opinions of the author and do not indicate the official opinion of Meiji University.