How to manage “Organizational Paradox” in the context of globalization

These days, globalization of the business environment has become increasingly prominent; at the same time, countries and regions commonly referred to as developing countries have also made progress. Against this backdrop, it used to be a challenge for businesses how to deploy the “Japanese way” at their overseas subsidiaries, but in the past few years, the issue of how to take advantage of the knowledge and skills of local human resources has become the challenge. How can we find a solution to this problem?

Japanese companies are not attractive to talented human resources overseas 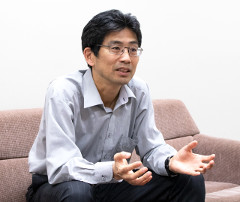 In the past, for Japanese companies, particularly those in the manufacturing industry, globalization meant transferring the Japanese style of production system or quality control to their overseas subsidiaries. That is because the Japanese way had a competitive advantage.

For example, among major Japanese automakers, a system where improvement is achieved bottom-up via suggestion of ideas or proposals at the production site was established; this system has become a focus of attention all over the world, that it is now widely known as “kaizen.”

However, the automobile industry is changing these days, and not only is it important to manufacture a product called a ‘motorcar’ in an efficient and global manner, but how automakers provide optimal mobility services to their customers all over the world is also important.

Such being the case, they must provide a mobility infrastructure that is appropriate for the local infrastructures, institutions, and systems including those services that satisfy local needs.

In order to do this, it becomes important to take advantage of the knowledge and skills of local human resources in each country rather than sticking to the “Japanese way.” This is because you cannot deal with local needs by just depending on Japanese knowledge and ways of doing things.

It can be said that such change is not only relevant to the automobile industry, but to all manufacturers and companies operating in the global environment as well.

For example, to talented local human resources, Japanese companies are not attractive compared with European and American companies.

One of the reasons for that is, in Japanese companies, they would have few opportunities, because they are too young, to take charge of a challenging project or be appointed to an important position. This is because Japanese companies have a strong sense of seniority.

In recent years, many companies have tried to abolish the seniority-based human resource management system, but I would think that it is still difficult for a junior employee to directly oppose the views of a senior, experienced staff member at a meeting.

In addition, it takes a lot of experience and time to improve your skills, and in that sense, it might be true that the older you become, the more opportunity there is for you to take up a senior position, or contribute in an important meeting.

However, in European and American companies, it is thought that if you don’t say anything in a meeting, you need not attend the meeting regardless of your age. At the same time, it is not unusual for a junior employee who is skilled to become a manager in his/her 20’s, then a general manager in his/her 30’s, and to be asked to run a major project.

In every country, talented human resources compete with each other in such a system.

This is not to say that you don’t need to respect older people or to negate the way Japanese companies respect people and respect the harmonious relationship between people. You cannot readily point out that this is the way to go or this is not the way to go.

What I am getting at in essence is that you need to put in place measures to deal with those challenges if talented human resources in the world are leaving Japanese companies because Japanese companies do not provide an environment which enhances their motivation and, as a result, they as a company cannot solve problems in a global environment.

What is important is management of “Organizational Paradox”

However, I am not saying that we should operate in the Western manner and negate all Japanese ways because we are now operating in a global environment.

For example, as Japanese people are not good at thinking in a rational and logical manner, we need to learn a lot of things from Europe and America.

However, as AI and robotics become increasingly advanced, things like logical thinking could be done by machine in future.

Then, you could say that traditional Japanese virtues such as “omotenashi (warm hospitality),” “kikubari (delicate attention)” and “omoiyari (compassion)” would become very valuable indeed. In other words, it is possible to think that Japan could have a competitive advantage here.

In other words, I think that from now on it will become increasingly important how we manage a situation which could be described as an “Organizational Paradox,” rather than dealing with the situation by choosing the one option that meets the requirement or set priority among available options.

That is, we need to consider how an organization should be on the basis of a way of thinking that looks at both sides of things, which at first glance may seem to be conflicting, or that tries to keep balance.

For example, the fact that Japanese traditional virtues constitute a competitive advantage presents a paradox between globalization of business and localization.

In other words, unless you utilize a world standard framework, the most advanced AI, and robotics, you would not be able to compete in a global environment in the first place.

However, if you have only that, then, it is the same as anywhere else i.e. you cannot maintain your competitive advantage. This is where one’s own values, one’s own local framework or systems which are related to one’s place of origin come into play. Here, what becomes important is how much you put in as added-value.

Another example is the issue of efficiency and development, which is a paradox between cost reduction and innovation.

Although reduction of costs is important for business management, if that becomes a priority, it would be difficult to develop innovative products or services. On the other hand, even if you succeed at innovation, unless you have an efficient production system, you would not be able to make a profit.

What is needed is a way to manage all these things.

In addition, there is a paradox between being ‘closed’ and being ‘open’ in relation to an in-house community.

By their nature, Japanese people like to form a community among their colleagues. There, by sharing values and paying attention to fine details, they sometimes achieve things that could not be achieved by other means. This is nothing else but the product of a closed community.

For example, the fact that “kaizen” has become an important corporate-wide policy that is widely followed illustrates this. However, if you are obsessed with the value of “kaizen” too much, you could end up missing an opportunity to carry out frame-breaking innovation.

It can be said that, while maintaining closed communities that are different from one another in terms of their values within the company, you need to also consider a framework which brings them together.

You might respect the community values of both R&D organization and production organization, but you should also try to bring them together. If you do this, you can achieve an ideal balance between innovation and cost reduction.

The issue here is how to skillfully manage the bridging of communities i.e. how to not only maintain closed communities, but also to open them up.

The management of an organization means how to manage these so-called paradoxes. What is important when you do this is not to select one of the conflicting ideas, but to try to consider an organic integration.

While that is the longstanding issue of the balance between global integration and local innovation, it would become difficult for companies that do not have a strong sense of this to survive in a global environment. 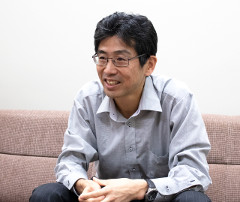 At one stage, the Japanese way of “monozukuri (manufacturing)” became so popular/famous in the world that everyone talked about it; as a result, some companies might be still thinking that the paradigm for success is to teach the “Japanese way.”

Even if taking advantage of the knowledge and skills of local human resources has become an important theme these days, such companies may even knowingly turn a blind eye to the fact that, for example, the Japanese-style seniority system has become an impediment.

First of all, you need to think that it is normal to have a paradox. There is no absolute paradigm there.

For example, when you feel everyone is feeling the same way and heading toward the same direction as a group, you feel that it is a very good state of affairs with a sense of unity; however, conversely, it could be a state of affairs where the community is solidified and closed.

In other words, you could be losing openness and shutting out others. If that is the case, you will get stuck soon or later.

Therefore, the moment you feel that you are heading in one direction is the very time to think about the opposite direction.

In essence, it is important to question what you are doing routinely on a daily basis. There is not just one direction; rather, there are a variety of directions in a variety of forms. Whether you notice them or not could make a huge difference.

If you can identify paradoxes and modify your behavior, it will give you a huge advantage in the long run.