Is a legal framework needed to prevent damage from torrential rains!?

CO2 emissions reduction has been a global issue. Japan set a goal to cut emissions by 26.0％ by 2030 from its 2013 level by ensuring emissions reduction and absorption volume. To achieve this goal, the early introduction of carbon dioxide capture and storage (CCS) technology, by which CO2 is separated and captured, and then stored, is indispensable. But what are the challenges involved in this?

Verification test to capture and store CO2 has made steady progress 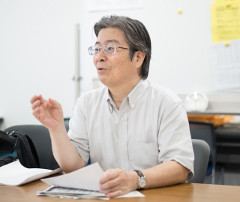 This summer, Japan experienced a record heat wave, and western Japan was ravaged by unprecedented torrential rains. This cycle of abnormal weather is said to have been caused by the impact of global warming. One of factors in global warming is greenhouse gases, such as CO2. At the 2015 United Nations Climate Change Conference (COP21), an agreement was reached to set a goal of limiting the increase in the global average temperature to well below 2 degrees Celsius compared to pre-industrial levels. In line with this, Japan set a goal to cut emissions by 26.0% by FY2030 from its FY2013 level by ensuring CO2 emissions reduction and absorption volume. To achieve this goal, first, it is necessary to reduce the volume of coal-fired power generation, which emits large amounts of CO2, and change to renewable energy sources that emit only small amounts of CO2. Currently, coal-fired power generation accounts for 32% of all electricity generated in Japan. As expressed in the New Strategic Energy Plan formulated by the government, it is also necessary to become a society that uses hydrogen as a major source of energy. However, even renewable energy does not produce zero-CO2 emissions. To become a “hydrogen society,” many problems to be resolved remain before us. Studies and development to resolve such problems are currently underway. Meanwhile, CO2 emissions continue today. For today’s society, the introduction and wide use of CCS technology, in which CO2 is captured and stored, instead of being emitted into the air, is a pressing issue. Although the research and development of directly capturing CO2 in the air is also in progress, I will not discuss this now.

Aiming at practical applications of CCS technology, a demonstration project has been under implementation by the Ministry of Economy, Trade and Industry in Tomakomai, Hokkaido since FY2012. There are several ways to capture CO2. The Tomakomai CCS Demonstration Project uses the chemical absorption method that dissolves CO2 with an absorbent solution. The captured CO2 can be stored in three ways: By injecting it underground or under the seabed, or by dissolving it at an intermediate depth of ocean. The method of storing CO2 under the seabed is used in Tomakomai. From the shore, captured CO2 is injected at depths of approximately 1,000 meters and 3,000 meters under the seabed through dedicated pipes. At present, more than 100,000 tons of CO2 has been successfully injected annually. The volume of annual CO2 emissions in Japan is said to be approximately 1.13 billion tons. The CO2 aquifer storage potential across Japan has been estimated as 150 billion tons, and the Tomakomai CCS Demonstration Project is expected to be a major step forward toward the practical use of CCS in Japan.

The future practical use of CCS technology requires a new institutional design, in addition to dealing with technical issues. The Tomakomai CCS Demonstration Project, for instance, was made possible only after it was approved by the London Convention, an international convention on the prevention of marine pollution, and then the domestic Law Relating to the Prevention of Marine Pollution and Maritime Disaster (hereinafter referred to as “Prevention of Marine Pollution Law”) was amended. Although CCS is a pressing issue, it is a mistake to adopt CCS technology if the technology causes marine pollution. In other words, unless multiple policy perspectives are kept in mind, fundamental problems will not be solved. To introduce and spread CCS technology, which is new to society, a new legal framework needs to be formulated. And to do so, it is especially important to find the appropriate policy mix by combining and integrating the policy instruments and implement the policies at the same time. With the collaboration of the research teams from multiple universities, we have established a research structure coordinated by Meiji University, and been engaged in research activities for proposing a new institutional design.

One concern that has come to light during the Tomakomai CCS Demonstration Project is an issue concerning fishery rights. Since CCS is a new technology, it is natural that fishery rights holders are concerned about the environmental impacts of CCS operations, as well as the leakage risk of CO2. In the case of Tomakomai, the project was made possible after local fishers accepted the explanation of the social importance and risk management concerning CCS, fully given by the project operator. However, this approach may not always work in every area. The Environmental Impact Assessment Law enacted in 1997 in Japan requires business operators to assess possible environmental impacts for large-scale projects that may have an impact on the environment. And this assessment is limited to environmental impact during the operation phase. However, with respect to CCS, I believe a strategic environmental assessment (SEA) which takes environmental, social and economic aspects into consideration in the planning phase, should be conducted. More concretely, after careful assessment of the social acceptability and economic efficiencies, the project operator will need to disclose information and provide explanations concerning CCS-related matters, including site selection, introduction, operation, closure plans, long-term management plans after closure, risk assessment of and measures for emergencies such as leakage, a financial compensation system thereof, and a long-term guarantee system, to local residents so that they may gain complete understanding.*
*Kenichiro Yanagi et al; “The importance of designing a comprehensive Strategic Environmental Assessment (SEA) & Environmental Impact Assessment (EIA) for carbon capture and storage in Japan”, International Journal of Greenhouse Gas Control, vol.91, p.102823. 2019, ELSEVIER.

Institutional design to be considered from various viewpoints 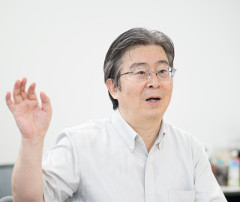 As for institutional issues concerning introduction and wide use of CCS technology, institutional issues to be addressed at each phase and period have been specified by comparative studies on the comprehensive laws and regulations of advanced counties that are also using CCS technology. Issues that need to be addressed include storage during the phase of spread (operation phase), setting of the supervisory authority during the management phase after closure, and introduction of an operation licensing system, long-term monitoring, a cost sharing mechanism, and insurance and compensation systems.

There are two types of framework for introducing and spreading CCS. They are the regulatory system, in which the private sector becomes project implementing entities, and the promotion system, in which the public sector becomes a project-implementing entity. For example, the Agricultural Land Soil Pollution Prevention Law requires the public sector to bear burdens for the purpose of placing the top priority on the safety of the population. I believe the public sector should be mainly responsible for the CCS operations as well. Although the Tomakomai CCS Demonstration Project is a national government project, a management system for post closure following CO2 injection has not yet been determined. Regardless of which ministry is to be responsible – whether the Ministry of the Environment or the Ministry of Economy, Trade and Industry – I think the national government will be the supervisory authority. We have been listing points to be considered for amendments when dealing with the CCS related issues under the existing laws such as the Prevention of Marine Pollution Law. Even if a new law is adopted, this still needs to be managed for the extreme long term. In such a case, with the national government as the supervisory authority, we need a system in which the CCS operation will be transferred to the public sector (administrative institutions) approved by the government, and such public institutions also should responsibly respond and implement measures in case of emergency.

Considering the promotion system in which the public sector implements the CCS project, first, business operators that emit greenhouse gases are responsible for the separation and capture of CO2. Requiring plants and establishments to have CCS facilities is an issue that is currently under consideration. The injection of captured CO2 and transportation to storage facilities can be shared between the public sector and commissioned entities of the private sector. In terms of injection and storage, the private sector has more technical expertise, and the public sector should provide support in these efforts. The monitoring and closure can be shared again by both sectors. The national government will play the role of supervisory authority, and both public and private sectors will implement required operations during the long-term management period. In case of emergency, both public and private sectors will respond collaboratively, and private sector entities will be commissioned for actual tasks. As for total cost, an effective way is that an appropriate fee will be collected from business operators according to the CO2 volume they emit, and that fee will be reserved as a fund. Considering the polluter-pays principle, this system will be accepted without resistance.

It is also important to raise people’s awareness of CCS

One of the issues to be examined for the future is the formulation of the CCS-Ready (Capture Ready) law. This law requires coal-fired power plants and heavy oil burning plants to have facilities that capture and store CO2. Another issue will be the Japanese version of the Clean Development Mechanism Joint Crediting Mechanism (JCM) in which Japan’s CCS technology will be transferred to other countries to achieve positive results, and such results can earn Japan CO2 emissions reduction credits.

CO2 emissions reduction is a global issue. The CCS project is massive. However, it is not something each of us may consider “somebody else’s problem.” Global environmental issues are basically everyone’s issues. When companies use electricity to make products, they are appropriately charged according to the volume of CO2 they emit during the production process. And those charges are reflected in commodity prices. In short, we, consumers, are the ones who share the costs. If nothing is done for CO2 emissions, it will lead to abnormal weather. And, we, the people living on Earth, are the ones who will suffer from it. I hope everyone of us will try to lead lives on a daily basis that do not put strains on the environment by paying more attention to energy conservation and CCS information.