Co-operatives provide a model for achieving decent life and work 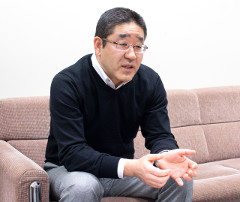 Co-operatives are more familiar to our lives than many of us believe. Many Japanese may associate co-operatives with agricultural co-ops, consumer co-ops, fishery co-ops, or forestry co-ops. Yet cooperatives also include credit unions, mutuals, and so on.

What kind of organizations are co-operatives? The prototype of the modern cooperative movement was born in the small English town of Rochdale in 1844, during the Industrial Revolution. The aim was to enable workers having difficulty in making ends meet to improve their lives.

Local workers were paid partly by vouchers that could be used only in stores run by the owners of the factories they worked for.

Such stores, however, sold many shoddy goods such as wheat flour bulked out with lime powder and recolored used tea leaves.

Local workers thus joined hands to build a store where safe and secure groceries were available.

Although this effort stemmed from the workers’ desire to improve their lives, it was also an attempt by workers and other community members dehumanized in a profit-driven capitalist economy that had been growing rapidly following the Industrial Revolution to take back humanity through cooperation.

Paradoxically, co-operatives could not have been born if a capitalistic mechanism based on market fundamentalism had not been formed. Born and active in a capitalist economy, co-operatives always face instability in that they might transform themselves, prompted by capitalist institutions. Such transformation is referred to as the process of institutional isomorphism.

For example, consumer co-ops, originally retail shops for improving community lives, might turn into profit-driven supermarkets. In fact, some consumer co-ops in Europe underwent such a process during the 1970s.

Co-operatives might also come to serve more as government agencies. Under the designated administrator system introduced in 2003, Japanese local governments can contract out the management and operation of their public facilities, such as children’s halls, after-school care facilities, libraries, museums, etc., to the private sector regardless of for-profit or not-for-profit.

As a result, some NPOs now serve more as local government subcontractors and less as providers of services that are really necessary for community members. Their services are often confined within the scope of the pre-determined budget or specifications.

Nevertheless, many co-operatives stick to their principles and provide a model for achieving a decent life and work in their communities. This is why co-operatives are attracting the attention of people who warn about the risks of a capitalist economy running amok or about the limitations of such an economy.

A runaway capitalist economy will lead to social breakdown

Co-operatives differ from general joint stock companies not only in the aim of their foundation.

Another important aspect that sets co-operatives apart is democratic control. In a co-operative, where members themselves invest in the organization and participate in the management thereof, members have equal voting rights that are exercised on a one-member, one-vote basis regardless of the amount of their investments. In commercial enterprises as represented by joint stock companies, by contrast, the number of votes a shareholder has corresponds to the number of shares he or she owns.

To put it another way, the success of a co-operative hinges on to what extent it can fulfill the principle of democratic control. To this end, it is important to secure a dialogic learning space that allows members to continue to affirm and share the organizational missions. That, in turn, can rein in the process of institutional isomorphism.

By extension, a model that a co-operative adopts to defy the institutional isomorphism process represents a model of activity for taking back humanity from a runaway capitalist economy.

Hungarian economist Karl Polanyi, in his 1944 work The Great Transformation, argues that while freedom – which was nonexistent in feudal society – is an important concept in capitalist society, freedom entails responsibility, the loss of which will lead to social breakdown.

This is because, Polanyi contends, people will lose trust in others and society at large and become sequestered and isolated for the very reason that they are too free.

In his 1986 work Risk Society, German sociologist Ulrich Beck analyzes the process of modernization and describes modern society in which individuals take risks, anxieties, and difficulties upon themselves and become isolated.

British sociologist Jock Young portrays the essence of the problems facing people in risk society as defined by Beck as “ontological insecurity.” This term describes the condition in which people cannot feel confident that they are embedded in the community or society they belong to; it signifies a society in which people cannot realize the meaning of existence itself. It seems that the term characterizes modern society well.

Amartya Sen, the 1998 Nobel laureate in economics, advocates an economics that builds on the human development approach. This economics represents an intellectual quest for realizing a socioeconomy that centers around decent life and work.

In short, we, as people fragmented and isolated by a runaway capitalist economy, are in need of a socioeconomic mechanism for recovering humanity. I think that cooperatives constitute an important agent for creating such a mechanism. 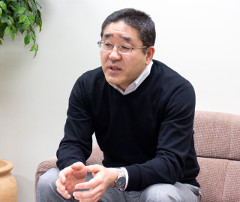 Co-operatives are not designed to change or complement capitalist society; rather, they play a key role in the process of taking back decent life and work in such society.

In particular, workers’ co-operatives have emerged as a promising agent for instigating that process in many parts of the world, especially in Europe and Latin America.

For instance, workers’ cooperative is established in a community that faces a problem (e.g. inadequate delivery of care for the elderly) by community members who want to solve that problem by pitching in.

These community members take the initiative in solving the problem as members of, as well as investors in, the cooperative. Their work is paid but as a non-profit business activity (which is not aimed at maximizing profits). They also engage in the management of the organization.

Such active and dialogical practice does not end when the original problem is solved because in the process of addressing that problem, invisible multi-layered problems surely emerge. Then, a new business operation is launched to address the new problem.

In sum, in order to turn activities necessary for the community into sustainable business operations, all members make capital investments, work for pay, and manage the organization through the process of democratic discussions. This is how a workers’ co-operative works.

With a 40-year history, the Japan Workers’ Co-operative Union (JWCU) currently consists of some 15,000 worker members, and its annual turnover amounts to over 35 billion yen. JWCU calls the type of work that generates goods and services necessary for the community at the initiative of citizens and workers “associated work”. And Japanese workers’ co-operatives define themselves as “associated workers’ co-operatives”.

It is essential that members cooperate on their own accord to meet community needs and address community problems. The key concept here is “mutual self-help”.

The Great East Japan Earthquake has shown that workers’ co-operatives are advantageous in two important ways. The first advantage is their sustainability. Some JWCU member co-ops went to several affected areas (municipalities) to support their reconstruction efforts. Many NPOs and private companies also began their support activities in affected areas but most of them left the areas when their funds for that particular purpose dried up.

Workers’ co-operatives have also proved effective in tackling social exclusion. Some worker members of such co-operatives in affected areas include persons poor at physically demanding work, those who had difficulty securing a regular job owing to a mental disorder, young persons who secluded themselves from society, and persons who were in a needy state. These co-op members sometimes find it difficult to build a relationship with others and continue to work as a result. In such cases, however, local people often offer support in the form of inviting them to dinner or introducing job opportunities to them. Interestingly, the supporter-supported relationship is gradually replaced by a more mutual and interactive relationship.

Eventually, both young people who felt there was no place to belong and local people who were depressed following the disaster become aware of the potential roles they can play and recover their zest for living and working. This process has now become powerful, fueled by the survivors’ desire to contribute to local people and communities in memory of people who lost their lives in the disaster.

Many people concerned about the possibility that profit-seeking capitalism will run amok have long warned of the prospect that citizens will be divided, sequestered, and isolated – a situation in which they see their human relationships severed and their trust in others diminished.

If such basic trust is lost, people will lose confidence that they ever exist in this world, as noted by Jock Young.

If people successfully interact with each other, however, they will feel that their lives are worth living. To build such a relationship, it is important that people express their wishes and desires, discuss and share them, and cooperate toward the goal of something on which they have agreed in the process.

That something can be anything. What is essential is that people create cooperative opportunities in various forms toward creating a model for achieving a decent life and work in their communities. Associated work, a type of work that can serve such a model, is aligned with workers’ co-operatives.

Moves are now underway in Japan to legislate workers’ co-operatives. Such legislation will institutionalize co-operatives that advocate associated work, especially workers’ co-operatives. I have high expectations that this in turn will spawn agents for putting a moral economy into practice across the country in a capitalist economy that fragments people and furthers social exclusion and isolation.