Who will be affected by counterfeits infringing intellectual property?

Protection of intellectual property is not only a concern for right holders, but also an issue involving consumers and the economy 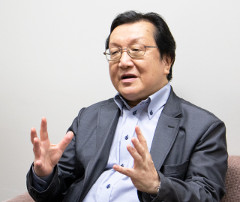 Intellectual property is an intellectual creation produced by people, or by a product label such as a brand.

In fact, the concept of protecting intellectual property has a long history.

Before Christ, there was already the idea that one cannot steal the techniques of others, and slaves could not use techniques they learned from former masters in their work with new masters. In short, there existed a concept of the protection of “know-how.”

It was during the Industrial Revolution that modern laws regarding intellectual property were established. As various industrial goods were manufactured in large quantities, patents and trademarks became important, and began functioning.

In Japan, the Trade Marks Law in 1884, the Patent Law in 1885, and the Designs Law in 1888 were respectively enacted. These laws were promulgated before the Constitution of the Empire of Japan was proclaimed in 1889.

Why were these ordinances to protect intellectual property rights enacted before the Meiji Constitution was proclaimed? – Because the Meiji government aimed at the “promotion of new industries” as one of the pillars for a modern nation.

The government understood that in order for them to introduce Western modern industrial technology, and set up and foster domestic industry, it was necessary to develop a system to protect the technology of industry as intellectual property.

Furthermore, one theory holds that Japan also needed to understand the concept of intellectual property and become a nation that could protect it in order to revise so-called unequal treaties which Japan had entered into with Western countries at the end of the Edo period.

This was one of the outcomes of Japan’s efforts in having recognized intellectual property as a critical contributor to the promotion of industry as well as economic growth, and having advanced “intellectual property strategies,” to put it in more modern terms, since the Meiji period.

In the 1980’s, the United States announced the strengthening of protection of intellectual property. At that time, the US had trade and fiscal deficits. The US thought it had suffered economic damage due to intellectual property theft in spite of its technological expertise.

As a result, many Japanese companies were sued by American companies.

It was 2002 when Japan began strengthening its intellectual property strategy – about 20 years after the US took the same steps. The Koizumi administration at that time announced that Japan would aim to become a nation built on intellectual property, and the Intellectual Property Basic Act took effect in 2003.

When we look around, we realize that we are surrounded by a variety of products that use intellectual property.

We identify a product by its package design and trademark, the so-called brand. And products often use various patents in their mechanisms and quality.

However, if the product is popular, counterfeits sometimes hit the market.

Why does infringement of intellectual property cause problems? Chiefly, there are two reasons.

The first reason is that the circulation of counterfeits causes economic damage to the company that has invested a great deal of money and effort into the invention, development and quality maintenance and management of the product.

The second reason is that it might inflict damage on consumers or users. In recent years, some counterfeits have endangered the health, and even the life, of people.

Such counterfeit products purchased by users might invite accidents, causing serious damage to the users. This might also lead to a loss of trust in the legitimate company.

This is the reason WTO (World Trade Organization) established the Agreement on TRIPS (Trade-Related Aspects of Intellectual Property Rights) to protect intellectual property on an international basis.

Next is the establishment of a judicial system that ensures intellectual property rights can be exercised, as well as the effectiveness of exercising those rights. However, because judicial systems vary from country to country, minimum rules have been set down.

And the last point is fostering human resources for implementing such systems and rules. 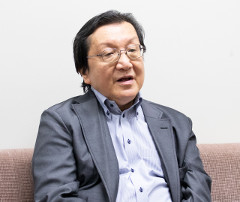 While China has such enormous technological development capacity that it has set US on its guard, it is also home to manufacturing hubs for counterfeits of intellectual property. In recent years the Chinese government has also put a great deal of effort in protecting intellectual property, but the reality is that it is difficult to eliminate such counterfeit manufacturing hubs.

Counterfeits manufactured in China flow in large amounts into countries like Myanmar, which shares a border with China. Prior to the development of these counterfeiting hubs, there were not many markets for counterfeits in Myanmar. But the number of markets has been increasing in line with economic development.

For example, just telling them that manufacturing and selling counterfeits is illegal or arresting offenders is not enough. These jobs will be taken over by someone else and the vicious circle will never end.

Instead, it is important for them to understand that the intellectual property system is needed for the sound development of their own country, and such a system does not serve only advanced countries.

Japan learned the importance of intellectual property during the Meiji period. There is a background factor for this – Japan’s high educational standard. In the Edo period there already existed temple schools (small private schools) and domain schools. In the Meiji period, the education system was even more improved.

In Myanmar as well, education based on Buddhism is prevalent, and its educational standard is not low by any means.

Japan has cultivated the understanding of intellectual property over 130 years, but Myanmar has to achieve it within a few years. They may face difficulties, but it is possible.

Recently in Japan, infringement of a variety of digital content has become rampant. Because of this, the Japanese government is considering tightening regulations.

A life in which we are bound by and overly aware of laws may never be healthy. In nature, laws should be just like the air. A time when PM2.5 is talked about and we need to be aware of air pollution, is sure enough, when society is sick.

If Japanese people today cannot do that and have to rely on the tightening of laws for their ethical norms, then both the educational and social systems may need to be reconsidered.

I hope I will be able to consider how laws should work in Japan through my support to Myanmar, which we call a developing country.