Wishes appropriate for the new era contained in the name “Reiwa,” which was drawn from the Japanese poetry anthology the Man’yoshū

Japan entered the Reiwa era on May 1, 2019. Since its announcement, the new era name has been favorably accepted for the most part, and has begun to take hold in society without too much discomfort. Although Prime Minister, Shinzo Abe said that Reiwa reflects the hope that a new culture will be born and nurtured by people coming together beautifully, it is said that the citations appearing in the Man’yoshū, which is the source of the name, have further profound implications. 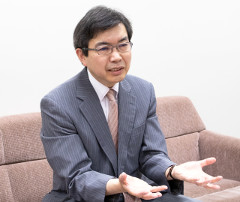 There are two unexpected phenomena I have found in this era name change. First, the new era name was announced in a surprisingly celebratory atmosphere. It was the second time for me to experience a change of era name and when the era name Showa was changed to Heisei, the name change took place after the demise of Emperor Showa.

This time, because the era name was changed following the abdication of the Heisei Emperor, I got the impression that the event took place in a more positive, celebratory mood compared to the former era change from Showa to Heisei. As such, I feel that there was generally a positive atmosphere surrounding the transition among people across Japan, and people enjoyed dividing history into periods by the era names and talking about respective historical periods.

In the first place, era names have been created in connection with the reigns of people of power. However, I think it has become clear that for society, era names can serve as yardstick for thinking about Japanese history in conjunction with the Gregorian Calendar, and that era names are deeply rooted in Japanese culture as a guide when the Japanese talk about their own history and society. This is indeed the case when I consider that many people have favorably accepted the change of era name, and that the argument deeming era names to be unnecessary that existed before the change of era vanished before you even knew it.

Another unexpected thing was that the source of the new era name was the Man’yoshū. To begin with, the era name system originated in China and in Japan, it dates back to 645 when the new era “Taika” was established after the Isshi Incident. The name was taken from the Shujing [The Book of Documents] in China.

After that, despite the adoption of era names such as “Hakuchi” taken from the ceremony of a rare white pheasant presentation (in 650) and “Shuchō” because a red bird was presented to the emperor (in 686), it was customary to adopt the era names basically from the Four Books and Five Classics of Confucianism, the Nine Chinese Classics, the ancient scripture of Chinese Confucianism.

However, although the name of the new era is said to have been taken from the national literature, I had thought in such a case that the Nihon Shoki [Chronicles of Japan] written in Chinese or the Shoku Nihongi [Later Chronicle of Japan] would be adopted.

The reason why I thought the Man’yoshū was unlikely to be adopted is that the Man’yoshū, which is an anthology of Japanese poetry, is written using the man’yo-gana writing system which phonetically represents Japanese language by combining on and kun readings of Chinese characters. For example, the term “Yamato” is described as “八(ya)-間(ma)-跡(to).” In this vein, I thought it would be difficult to pick characters from a passage written in man’yo-gana for the era name.

According to my interpretation, the real significance lies in the fact that the era name was taken from the preface to a set of 32 poems.

First, although plum blossoms are very popular nowadays, the plum tree was a rare non-native species in the Nara period that had only just been brought in from the Chinese continent. Dazaifu, which served as a gateway to the Asian Continent, abounded in plum trees and provided a very fashionable and sophisticated backdrop.

The guests invited to the party in Dazaifu each composed and recited poems on plum blossoms. The combination of plum blossoms and bush warbler and of willows and bamboo appeared often in the poems.

Respective guests composed poems freely and from different perspectives, and to put it in today’s parlance, it was a poetry reading party with great diversity.

Although the Man’yoshū is said to be a collection of poems composed by people at all levels from emperors to peasants, it does not mean that all the poems are treated equally without distinction of rank.

For example, there is a famous poem among the Sakimoriuta [Poems by Soldiers Recruited from Eastern Japan to Defend Kyushu] which goes; “今日よりは顧みなくて大君の醜の御楯（しこのみたて）と出で立つわれは/Kyō yori wa Kaerimi nakute Ookimi no Shiko no Mitate to Idetatsu Ware wa (translation: From today, as a clumsy guard of the monarch, I depart without looking back). While it is a heroic poem depicting a sakimori soldier’s determination to act as a human shield to protect the emperor, it is also a poem which shows that the influence and prestige of the central administration spread widely to the common people.

Peasants who were conscripted and sent from eastern regions for the defense of Kyushu wrote these kinds of poems or poems about parting with families through the escorting officials.

In other words, the poems composed by people in eastern Japan depict the image of the eastern regions from the perspective of the officers of the central administration, and I believe that including these poems in the Man’yoshū had great significance in ancient Imperial society.

It is true that the “thirty-two poems on plum blossoms” were composed by officers; nevertheless, the authors of the poems freely expressed their own thoughts and feelings regardless of their social status and yet there is coherence and harmony among the poems.

In other words, the poets were not forced to compose poems according to certain rules and forms, but instead enjoyed freedom of individual thought and self-expression and as a result, their poems showed great diversity.

I think it is very significant that the preface to these poems was chosen as the source for the new era name.

“Reiwa” contains a wish for a society that values each individual 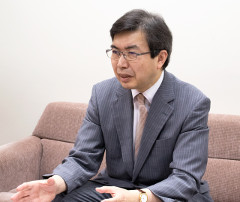 As I mentioned before, the preface to the “thirty-two poems on plum blossoms” is written in Chinese. Although some disagree, I think that the author of the preface was ŌTOMO no Tabito, who hosted the plum-viewing party.

Tabito, who was appointed as governor of Dazaifu, was a highly sophisticated man of culture as well as a prominent official.

Some people have said that the source for “Reiwa” is not the Man’yoshū but Guitian Fu, a Chinese classic literary work by Zhang Heng and was included in the Wen Xuan (Selections of Refined Literature). It is true that there is a passage “仲春令月 時和気清(Zhongchun Lingyue Shi He Qi Qing in Chinese transliteration, Chūshun Reigetsu Toki Washi Ki Kiyoshi in Japanese transliteration)” (translation: It is the middle of spring, in the auspicious month. It is mild and the air is fresh).

The Wen Xuan was required reading for men of culture in those days of Japan and was a required subject for government official examinations, so naturally, Tabito must have read the book.

I believe that precisely because Tabito was well-informed about the Wen Xuan, he could have used a technique to create a new and original poem quoting a phrase from old poems that was used by highly educated people at that time.

Tabito described the scene of the party as “初春令月 気淑風和(Shoshun Reigetsu Kishoku Fuuwa)” (translation: It is the beginning of spring, in the auspicious month. The air is fresh, and the wind is gentle). Thus, he depicted the refreshing scenery of early spring at the plum blossom-viewing party.

Although Zhang Heng, the author of Guitian Fu, also composed a poem on a mid-spring scene, the subsequent passage describes that the author, feeling devastated at being unable to win distinction in social status, resigned his position and secluded himself in a village.

Considering this context, it is hardly conceivable that the Wen Xuan was selected as the source for the new era, making it more likely that the source would have been the Man’yoshū.

In other words, the two characters alone have no more meaning than “beautiful and gentle” and they seem to lack the broader wishes for the new era that existed in era names of the past.

However, when you realize that the subsequent “thirty-two poems on plum blossoms” following the preface were composed by individual poets who were free to express the beauty of plum blossoms in the garden, the characters take on a new meaning.

I have mentioned that the thirty-two poems on plum blossoms” were rich in diversity as a result of the respect for the expression of each individual. My interpretation is that the Man’yoshū was chosen as the source for the new era name in the hope that a society where individuality and the diversity of people would be recognized and respected, and in the recognition that such a society would be appropriate for the new era.

Moreover, as mentioned above, it is possible that the choice was made after efforts to look for the ideal source of a new era name for contemporary Japanese society, where the era name is deep-rooted in society as a unique culture.

* The information contained herein is current as of July 2019.
* The contents of articles on Meiji.net are based on the personal ideas and opinions of the author and do not indicate the official opinion of Meiji University.
* I work to achieve SDGs related to the educational and research themes that I am currently engaged in.