Flaming of commercial messages is another fad phenomenon. What can be seen from it is…

The “Shingo Ryukogo Taisho (New Words and Buzzwords Awards)” is now an annual year-end event. Of course, fads not only involve words but take various forms, with new fads coming and going in quick succession. Are these transient and trivial fad phenomena, including buzzwords, worthy of note? 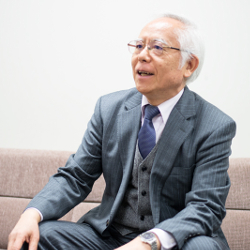 There is an academic discipline that studies fads to understand the “social psychology” of the times. For example, all kinds of fad phenomena often go ahead of the trends and times. In particular, fad phenomena of youth culture have always demonstrated foresight, serving as counterculture in the sense of creating a new culture in opposition to the established culture and order. Reading social psychology from fad phenomena sheds light on ways of living of the times and helps forecast the future by grasping social movements and trends.

Now, what are “fads?” There are two main definitions. One defines fads as “group behavior” focusing on the people that adopt fad phenomena. The other defines fads as “aggregation phenomena” regarding fads as social phenomena. Stated differently, fads signify group behaviors that are the same or similar among certain people during a certain period of time caused by surrounding psychological pressure. They may also be said to be the process of new behaviors and ways of thinking spreading among members of a society or group. Defined as such, what fad phenomena reveal are ways of thinking and feelings of the people of certain times, which is social psychology.

National idols are “human fads” synchronized with the times

An academic explanation may seem a little bit complicated but let me examine it more specifically. Fads can be classified roughly into three large groups: “product fads” focusing on certain goods, such as hit products; “behavior fads” related to sports and leisure; and “thought fads” referring to consciousness in the broad sense, represented by popular songs and bestsellers. In addition, there was another important fad that continued from after the war until the 1980s. It was the “human fad,” that is to say, popular persons. During this period, in which the mass media had a strong influence on fad phenomena and had become widespread among the general public, popular persons, or “idols,” appeared taking advantage of the media in the most effective way. These popular persons or national idols present the most easy-to-understand examples in elucidating the social psychology of this period. When we take a look at how the period progressed, first in the 1950s, there was Hibari Misora, the “reckless and aggressive idol of the postwar years of recovery.” In the 1960s, there was Sayuri Yoshinaga, the “bright and positive idol of the high-growth period.” In the 1970s, there was Momoe Yamaguchi, the “idol with a melancholic look of the period of slow growth.” And in the 1980s, Seiko Matsuda appeared as the “acquisitive idol of the bubble years.” Indeed, a national idol had been born in every decade, beautifully personifying values of the times and serving as a “leading symbol” in synchronization with the times. However, in the following decades, values became subdivided and diversified in across a range of areas, and outstanding national idols symbolizing the times disappeared. In the 1990s, there was Namie Amuro, who spawned the “Amuraa” style, but she, I think, cannot be considered a typical national idol as the previous four were. Furthermore, with the appearance of many group idols in the 2000s, an outstanding idol no longer emerged to serve as indicator of the times.

This kind of analysis is often criticized as being a “schema of simple reflection theory.” There are also views that this kind of simple analysis method is no longer effective for analyzing fad phenomena that have diversified and subdivided. It is true that “human fads” and various other fad phenomena have come to reflect less directly the social psychology of the times compared to the years until the 1980s. It is true that reflections are increasing in complexity, becoming distorted, reversed and twisted like diffused reflections. But, I believe that this basic schema is still effective as an analytic view, if close attention is given to the nature of the complexity. 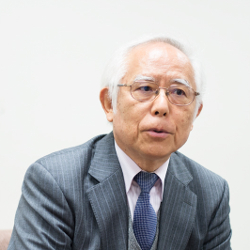 I have mentioned that mass media wields a strong influence on fad phenomena, and in recent years this is most evident in the influence of the Internet media. Since the mid-1980s, the world of marketing has given birth to the concepts of “small mass” and “fragment mass” in contrast to the conventional “mass.” This trend became more distinctive with the collapse of the bubble economy, and has led to a decisive change with the dramatic spread of the Internet. In other words, while previous media had focused on the general public, the Internet media, being extremely personal, has penetrated into our lives. This, I think, is one of the reasons there have been no national idols since the 1990s.

What the Internet media has recently drawn attention to is the so-called “flaming of commercial messages.” There are several causes for the flaming, but the ones generating the biggest stir are those over discrimination of women. One is messages that connote the inappropriate treatment of women’s bodies, the so-called “commercialization of sex.” The other is messages arising from preconceptions about the division of roles between men and women. Such messages can be seen in commercial videos of not only local governments, but also major companies. The reason for these is the insufficient or complete lack of reflection of female perspectives at sites of video production. In particular, commercial messages of local governments that lead to flaming are often produced from old-fashioned male perspectives and feelings. Meanwhile, there is social psychology that rejects these, causing the flaming. In a broad sense, this flaming can be considered a fad phenomenon. A fad phenomenon that could not have occurred in times of past media has been produced as the Internet media expresses social psychology of the times. In the future, it will be all the more necessary to give attention to Internet-related fad phenomena.

There is one more thing that is important in studying fad phenomena. Since fad phenomena happen on the surface layer of society, it is often viewed as trifling and unimportant. However, only in looking at the surface layer can the state of the deep and base layers of society be revealed. There is a phrase “Fueki ryuko (constancy and change)” in Matsuo Basho’s haiku terms. Let me borrow this idiom to interpret that fads stand for shifting and changing things in contrast to unchanging constancy. In so doing, through the changing fads, the unchanging aspects of society and culture, in other words, things that embody the characteristics of Japanese society and Japanese culture, may be elucidated. For example, while people’s feelings and thoughts have varied with the times as reflected in fad phenomena, Japanese people’s popular morality (tsuzoku dotoku) and social norms have been shared through the generations. They may be said to form the basic layer of Japanese society. However, in recent years, scandals of various major companies have been brought to light, and incidents and accidents that could have not been thought of before are occurring. These indicate that the central normative consciousness, which is the characteristic of Japanese society and Japanese people, is beginning to waver, in which I feel a sense of crisis. Some say that it is the “deterioration of the Japanese people.” By giving attention to fad phenomena happening in the surface layer, the deep layer of constancy becomes apparent. Should changes also be taking place in the deep layer, it would be a serious social problem. The study of fad phenomena, often considered “trivial and insignificant,” is in fact also associated with the understanding of such major themes of society.

* The information contained herein is current as of January 2018.
* The contents of articles on M’s Opinion are based on the personal ideas and opinions of the author and do not indicate the official opinion of Meiji University.