A major misunderstanding that virtual “currencies” are profitable

In recent times there has been much talk about virtual currencies. Underlying this has been expectations for the growth of a new industry called financial technology (FinTech), which integrates Internet technology and financial activities, but most of the attention has been given only to the speculative aspect of virtual currencies. If such is the case, FinTech’s potential as a leader in transforming the financial industry might be ruined.

The role that money assumes in modern society 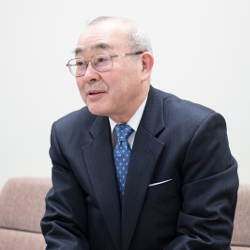 Virtual currencies literally function as currency, that is to say, they play the role of both physical currency, and speculative asset. Currently, however, these two concepts have been lumped together, and in some cases, virtual currencies have only been regarded from a speculative viewpoint, consequently, causing them to be discussed in a negative light. Under such circumstances, despite expectations that FinTech could significantly change the traditional financial industry, virtual currencies might merely end up as targets for speculation or as financial assets. In reality, money is one of the greatest inventions of mankind, yet in recent years, people have taken the fact that physical money exists at all for granted, thinking less about the role that it assumes. I find it necessary to once again rethink the properties and functions of money before discussing any issues related to virtual currencies.

There are currently two major roles that money plays in modern society. The first role is that it serves as the foundation of the highly sophisticated monetary exchange society. In our society, the value of all goods are measured by money, generally known as “pricing,” and according to these values, people pay money in exchange for the goods that they want. You may think that this is natural, but in a barter exchange society for example, people must show each other what they each have on offer (the “necessity of actions”) and they both must by chance have what each other wants (the “double coincidence of wants”). Further, the exchange of goods comes into effect only after the exchange ratio has been informed and an agreement has been reached. However, with money as a medium whose precise value is understood by a pre-established exchange ratio, these two fatal defects of the barter economy are eliminated. Consequently, the economic processes of production, exchange, distribution and consumption are all dramatically streamlined and facilitated, leading to the significant growth and expansion of the whole of society.

The second role is the feasibility of acquiring information in an information-oriented society. In modern society, information is the single most important intangible economic goods in reducing uncertainty. Today, however, in a society marked by information overload, both good and bad information is scattered, making it difficult for people to discern good information from bad. In the purchase and sale of goods for example, buyers who possess money normally have an advantage, but if sellers possess 100% of the information about those goods, the situation is reversed generating “adverse selection,” and a resulting increase in fraud. Buyers may then use money in exchange for the acquisition of necessary information. In other words, money assumes the important role of reducing the information gap in economic activities by serving as a substitute for good information.

In this way, money plays the role of facilitating a smooth economic cycle through pricing and by promptly transmitting the right information through modern society. Now, let us examine whether or not virtual currencies can assume these roles to serve as money.

The three properties and functions of money

There are three properties necessary for money to assume the above-mentioned roles in society. The first is “immediate purchasing power,” which means that money can easily be exchanged for goods. For example, one can use the yen to immediately purchase goods in any place over which Japan has sovereignty. The second is “general acceptability,” which means that everyone recognizes money as currency and accepts it in exchange for goods. Finally, the third is “payment finality,” which means that payment is finalized immediately after money is exchanged for goods. It also happens that in recent years payments are generally called settlement, but settlement originally meant processing payment not at the time of receiving the product, but at a later date. In other words, settlement is made intertemporally while payment is made simultaneously. If this property is understood, one can come to the realization that electronic money and credit cards, which are settled in bank accounts and have no immediate finality at the time of product purchase, cannot be said to be full money.

In studying how these three properties of money function in society, there are three that can be cited. The first is “means of general payment or settlement,” meaning that money sets the price of goods, can be exchanged for goods, and can finalize payments (settlement) anywhere, anytime, and with anyone. The second is the extremely important “unit of account,” which is a measure of the value of goods. If this measure should expand or contract sharply, it would result in confusion throughout society. For example, ten thousand yen must always have the value of ten thousand yen. In the early 1970s when Japan’s inflation rate exceeded 20 percent however, the value of ten thousand yen had decreased to nearly eight thousand yen. When this kind of rapid inflation or the bubble phenomenon of the late 1980s and ensuing collapse occur, the measure that should be invariant extends or contracts causing confusion in society. The third is “means as a store of value.” This means that if the property of immediate purchasing power is properly secured, we do not need to immediately exchange money for goods. In other words, we can store the value of purchasing power for necessary purchases in the future. The reason that a large percentage of deposits are made in financial assets can be said to be because money has more immediate purchasing power than any other financial asset.

The three functions equipped with these three properties are considered full money, and those lacking these three properties in any way are called partial money. As mentioned above, electronic money is partial money, and by these criteria one can also see how financial assets such as stocks are also considered partial money. It can thus be said that electronic money and financial assets other than full money cannot streamline and facilitate economic processes leading to the significant growth of the whole of society. 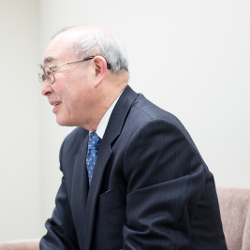 Considering all of this, one can understand why there is no way that current virtual currencies, which are considered highly speculative financial assets, can serve as money. Virtual currencies had not originally drawn attention to their highly speculative nature, having initially gained much attention for their ability to simplify the cumbersome process of money transfer while additionally reducing transfer fees to zero or near zero. In Japan especially, where transfer fees are abnormally high compared to other major advanced countries, virtual currencies have been extremely efficient. In addition, as we move toward becoming a cashless society, it is highly possible that the usefulness of virtual currencies will expand. If Internet transactions become mainstream, the traditional financial industry would have no need to establish physical stores; and furthermore, would be faced with a vast number of excess employees due to simplified services. As I mentioned in the beginning, virtual currencies are FinTech’s front runners in transforming the financial industry.

* The information contained herein is current as of March 2018.
* The contents of articles on Meiji.net are based on the personal ideas and opinions of the author and do not indicate the official opinion of Meiji University.