The language and behavior of U.S. President Donald Trump, who was inaugurated in January this year, is unthinkable by the standards of past U.S. presidents. Trump sees the press as well as the judicial branch of government as complete enemies and has stated that publically. Some have said that his language and behavior pose a fundamental issue that is a threat to democracy, which is the foundation of American society. 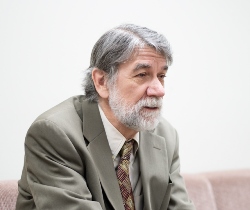 In my courses at Meiji University, I have discussed the fundamental principles of the U.S. Constitution on multiple occasions.

The U.S. constitution is very old. The protection of human rights has been stipulated in the constitution since 1791. In particular, the freedom of speech and the freedom of the press have always been considered indispensable for sustaining democratic governance.

Thomas Jefferson, who drafted the United States Declaration of Independence, stressed the importance of the news media at the time and went so far as to say the following: “If it were left to me to decide whether we should have a government without newspapers or newspapers without a government, I should not hesitate a moment to prefer the latter.”

Our new president, in directly attacking the press, is attempting to do something no president has done before: taking on the long-standing American tradition as well as our constitutional security.

As a matter of fact, U.S. presidents have historically disliked the press. This is because members of the press scrupulously investigate the truth and report their findings, including those that are inconvenient for the President. That’s why many presidents have turned against the press or had conflicts with them. But doing this is the job of the press and is what they’re supposed to do. It is also their constitutional right. Past presidents, despite disliking the press, understood this. That’s why they made every effort to maintain good relations with them. But Trump is completely different from past presidents. He has even called the press “the enemy of the people.” No one imagined that we would have a president who would use language that attacks the most vital principle of the constitution: the freedom of the press.

Part of the reason why Trump was able to use such language was attributable to advancements in information technology. Trump uses Twitter, which allows him to send out messages to his supporters without holding anything back. Therefore, he does not need the traditional media. Unlike traditional media outlets, there is no need for the user to intently investigate the facts or gather factual evidence before reporting the news. For instance, Trump tweeted in March that former President Barack Obama illegally tapped his phones, but offered no basis or evidence for his claims. Immediately afterward, it was reported that the FBI director denied Trump’s claims, saying “I have no information that supports those tweets.” But I doubt that Trump lost sleep over it. That’s because Trump’s supporters will listen to him, regardless of whether his claims are true or not. But what we must not overlook here is Trump’s authoritarian language of: “The media is the enemy. Only believe what I say!” Trump is attempting to revoke the most important constitutional value of the United States, which is a democratic nation.

President Trump has never held a government post before. Unlike those of us of the general public, he has never worked for an organization or company. He was born wealthy and has always gotten his way. And now that he is president, he doesn’t understand that the President must abide by the Constitution and laws. As a politician, he is an amateur who is just getting started. With respect to his travel ban on immigrants, which caused an uproar immediately after his inauguration, he clumsily issued an anti-immigrant executive order without consulting legal experts, for the sole purpose of keeping a campaign promise. Then, following a federal judge’s decision to temporarily block enforcement of the travel ban, Trump lashed out at the judge by calling him a “so-called judge.” The concern here, more so than Trump’s insult against the judge, is his disregard for the constitutional authority of the court. This may be another indication that Trump sees judges (who possess autonomy) as enemies, just as he called the press “the enemy of the people.” In other words, this is a historic constitutional crisis for the United States. Every past U.S. president has respected the Constitution and has abided by it. In Trump’s case, however, it is unclear whether he is even willing to recognize the court’s right for judicial review.

For those of my generation, the Watergate scandal of 1972 is etched in our memories. The scandal was brought to light after it was discovered that Republican agents installed listening devices at the Democratic National Committee (DNC) headquarters. Richard Nixon’s administration engaged in obstructions of justice, such as the firing of the special counsel (who was responsible for investigating the case), causing a public outcry. In the end, the U.S. Supreme Court ordered the president to release audio tapes which served as evidence for the illegal activity. Nixon recognized the constitutional authority of the court and resigned, becoming the first U.S. president to do so. If Trump were to clash with the Supreme Court like Nixon, there is no telling whether he would recognize the authority of the court.

For the Survival of Democracy 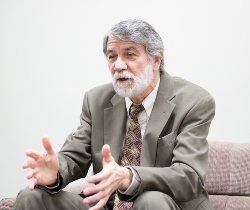 Two hundred and thirty years ago, sovereignty belonged to the king of England. The U.S. constitution was revolutionary because it transferred sovereignty from the king to the people. Since that time, the United States has been a democratic nation. But democracy is extremely fragile. This was evident when Germany’s Weimar Constitution was trampled down by Adolf Hitler’s executive order. When asked about the new form of government of the United States, Benjamin Franklin, one of our founding fathers, said it is “a Republic, if you can keep it.” Franklin was right. Unless people fight to keep it, democratic government will cease to exist.

Today in the United States, anti-Trump demonstrations of various forms are taking place. They range from demonstrations against Trump’s immigrant travel ban to the adoption of the Paris Agreement (COP 21) and the fight for environmental protection. Some are calling for the continuation of Obamacare. I expect that the demonstrations will continue to grow. What is most important for the survival of democracy is for each person to raise their voice in various ways in this manner. And what people must be hopeful for more than anything is the tenacious efforts of the press. Media outlets need to investigate news stories thoroughly and report them. They need to provide coverage that gives everyone a clear understanding of what is going on. In order for the public to know what is going on in Washington D.C., in addition to information released by the government, the value of information provided by independent media outlets (that have no government ties) through thorough investigation is enormous. The public’s right to know not only keeps the government in check but is an absolute and necessary condition for popular sovereignty. That is precisely the reason why the freedom of the press was guaranteed when the Constitution was drafted. In other words, President Trump’s claim that the press is the enemy is a rejection of American tradition and law.

While Donald Trump won the presidency, Hillary Clinton won the popular vote by over 2 million votes. Many of Trump’s supporters are hopeful that their current lives will improve. But history has proven that demagogues have the potential to turn into authoritarians who cleverly manipulate such hopes. America is now facing an unprecedented crisis. I have strong faith that the American people will rise up to save our democracy.