Japan is now entering the era of a super-aging society (people aged 65 and older make up 26.7% of the total population, and there are more than 10 million elderly people aged 80 and over). Moreover, the so-called “2025 problem,” signifying the entry of the post-War baby boomers into the latter stage of old age and a severe shortage of care services for the elderly, is becoming a big issue. Against this background, old-fashioned local communities, in which residents support each other, are attracting a lot of attention. In today’s society, however, neighborhood ties have weakened; how, then, can we recreate such local communities? 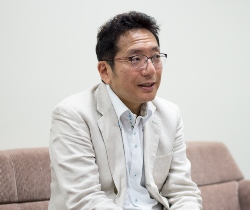 I was motivated to start my NPO activities by participating in the work of an NGO in Bangladesh as a graduate student. I lived there for a period in the 1990s, when Bangladesh was said to be one of the poorest countries in the world. In rural villages, in particular, there were many people who did not get three proper meals each day. Despite this, people had goals and hopes for the future, such as giving their children a good education and a good life, and they supported each other as they worked hard to achieve these. I was attracted by their traditionally Asian way of being, which Japanese people had lost – the connections between people, and the society based on these connections – and so I took part in activities to help the local residents. By doing so, we were able to send children to high schools and universities in the towns, but as a result, young people disappeared from rural communities. The harder that people tried, the fewer young people were left in the country villages, and the more overcrowded the cities became, causing many problems. Everyone said to me that Japan was a great, developed country, that they hoped to become like Japan, but if we really think about it seriously, what exactly is development? Should the nations which are currently called “developing countries” aim to build a society like Japan’s? While I was still pondering these questions, my time in Bangladesh ended, and I returned to Japan.

After my return, I worked for a while for this NGO, before setting up an organization called the “Owning Together, Gathering Together, Learning Together Network.” This was the forerunner of today’s “i-i-net (Research and Action for Community Governance)”. The “Owning Together” and “Gathering Together” in its name referred to the traditional Japanese system in which all the local residents gathered together to discuss how to manage and conserve the forests, uncultivated land, and other areas which were owned and used communally by the village, so that these could be used in a sustainable way. Local autonomy and community were born out of this joint management of the area’s resources by all its members through “Owning Together” and “Gathering Together,” leading to various initiatives by residents to improve their own community through their own efforts. This kind of mechanism has existed in Japan since long ago. Our activities at “i-i net” aim to bring together people who think and act on this basis even now, and to create a forum in which they can learn from each other.

One of our current projects is in Bali, Indonesia. The island is famous among Japanese people as a tourist destination, but in the west of the island is the West Bali National Park. The forests of this region still contain extremely valuable areas of nature that are untouched by humans. Looking at the situation from the viewpoint of the conservation of biodiversity, the Indonesian government decided in 1984 to preserve this area as a national park. However, there were villages around the edges of this area before it was made into a national park, and the villagers collected firewood from the forest and cut grass as fodder for their livestock. For the people in the villages, the natural forest surroundings were there to be used for their daily lives. But as the staff managing the national park attempted to stop this, a standoff developed between them and the local residents. In 2008, we at “i-i net” began activities with the aim of “building coexistence and collaborative relationships” between the national park and the surrounding villages. Through workshops and training on the ground, we taught the team of national park staff how to “create a partnership of equals with the villagers” and “think about solutions to problems using ‘things that are in the villages’.” As a result, in the summer of 2010, the then head of the national park came up with the idea of trying to involve the villagers in the artificial breeding of the Bali myna. The Bali myna is a species of bird indigenous to the island, and because it was on the verge of extinction, the national park staff were working to breed the birds in captivity. The intentions of the park staff were understood by the villagers, and a captive breeding group was established. Villages which until then had been seen as places involved in poaching the Bali mynas attracted the attention of many people, becoming “villages participating in environmental conservation,” and so the residents were able to feel pride in their villages. This led to broader efforts to appeal to tourists by removing and recycling village garbage and developing tourism resources such as eco tours.

There are similar initiatives in Japan: efforts to raise and breed Oriental storks are being made in Toyooka City, Hyogo Prefecture, and the same is being done with the crested ibis on Sado Island, Niigata Prefecture. In each of these locations, the birds are not simply being bred and released into the wild. Local residents are taking the lead to improve the natural environment through efforts to make farmlands organic as far as possible, to maintain and preserve wooded mountainsides, and to create biotopes, so that these birds, which once became extinct in the wild, can live there again. In the same way as with the Bali example, these efforts are attracting attention, becoming tourism resources, and generating economic rewards. However, I believe that the “fun” of participating in such activities, although they involve hard work, is an even more important motive for people’s involvement than this economic aspect. Bringing everyone together to manage and preserve their area’s resources, rather than seeking the impossible, creates connections between many people, and engenders a spirit of autonomy. Working on such projects is fun, and it generates a feeling of pride. These activities, which also lead to “Owning Together” and “Gathering Together,” become the bedrock of a local community. 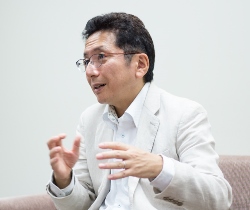 I believe that these examples of local communities working together give us some hints for thinking about the issues surrounding the care and support of elderly people which Japan is currently facing. The Bali villagers continued to oppose instructions which came from “above” or “outside.” In the same way, even if young people tell their elders, who have much more life experience, that they should act in a certain way because the latest government rules are this and that, or that they can make use of private-sector services if they have the money, it will probably be difficult for elderly people to receive this advice with good grace. The natural way is for people to work together on something – it does not matter how informal – and build connections, then develop things from there. What is important is not to give instructions from “above,” but to establish a forum where everyone can think together and create bonds between themselves.

In Yokohama City’s Totsuka Ward is a large-scale housing development, Dream Heights, which contains a total of around 2,300 residences. Residents began moving in from 1972, and they have a history of setting up nurseries and after-school childcare facilities on their own initiative. In recent years, the population of the housing development has aged rapidly, and there has been an increase in the number of elderly residents living alone. Seeing this, the residents themselves have again taken the lead, working together with an NPO to keep an eye on elderly neighbors and create venues for them to gather together. They are carrying out various projects to enable residents to develop connections between themselves: for example, they have set up a community café, a meeting place where anybody is free to come and get together with other people, as well as holding informal groups for singing or music in vacant shops. These connections have helped the residents to get to know each other and developed into neighborhood ties. Even though the initial aim of these activities may not have been to provide support, they are growing into a community in which neighbors naturally support each other. These initiatives have become widely known, and even though Dream Heights is not at all favorably located, being 20 to 40 minutes by bus from the nearest station, there are apparently very few residences vacant.

It is probably fine to start by creating a place where people can get together, holding cultural activities such as groups for singing or music, or setting up a project to earn a little bit of money through some kind of work. What is important is to build a “space” in which people can feel enjoyment and pride through working on something. This will provide the opportunity for people to start making informal connections, which will lead to the revival of the community. I believe that this type of community can be a way to begin tackling various issues faced by the local area, including not only support for the elderly, but also child-raising and education, disaster prevention, crime prevention, and environmental conservation.

I believe that supporting local residents to take charge, have an autonomous mindset, and work to build their communities in this way is the role which government and NPOs are now called on to play.