Significance of the Supreme Court’s Ruling over GPS-Assisted Investigations 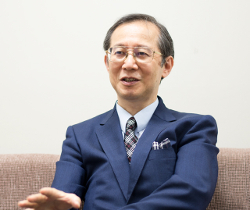 So-called GPS-assisted investigation refers to an investigative method of identifying the position of a vehicle of a person being investigated by attaching a terminal of a global positioning system (GPS) to the vehicle. Originally, it was believed that since a vehicle runs in a public place with a license plate attached thereto, there is basically no privacy of information on the position of the vehicle. Following this idea, the police had conducted GPS-assisted investigations. In other words, the idea is that words exchanged in a vehicle, for which the right of privacy clearly exists, are different from the mere information on its position. In its ruling of this past March, however, the Supreme Court decided that by knowing where the vehicle stopped by, its owner’s relationships, preferences, religious beliefs, and other attributes can be found out, and that therefore, after all, GPS-assisted investigations not only provided information on the position of the vehicle but also might infringe on the deeper privacy of its owner. Furthermore, it held that using special equipment to monitor a suspect exhaustively and continuously fell into compulsory disposition, requiring a warrant. It also suggested that it was desirable to take legislative actions if GPS-assisted investigations were considered as an effective investigative method that should be used widely in the future. Worded differently, it said that courts would not be able to examine the warrants requested unless the Diet passed a law that prescribed requirements for GPS-assisted investigations, and this means that GPS-assisted investigations are not allowed under the current circumstances. Critics who regarded GPS-assisted investigations as a violation of the right of privacy by the police welcome this decision, and it appears that many mass media commented that the Supreme Court’s ruling called a stop to putting society under surveillance. For this reason, many citizens must have had the impression that this case would help prevent the violation of privacy, because it was unknown when a GPS terminal was attached by the police to their own vehicle. But is this true? It is necessary to consider this issue calmly.

First, in this case, the person investigated was a suspected systematic thief. He had 19 vehicles in the same precincts, and all of them had been stolen with their forged license plates frequently replaced with different ones. Police officers attached GPS terminals to several of them and monitored the movements of the suspect over six months. During this interval, if the battery of GPS terminals ran out, police officers entered the site without permission to replace the battery with a new one. In this ruling, the Supreme Court decided that GPS-assisted investigations by the police were illegal, but the suspect was given an unsuspended sentence of five years and six months in prison for the crime of theft irrevocably settled. How, then, do you judge these GPS-assisted investigations? There should be various arguments. It is also true that there are problems with the way the police conduct investigations. Suspects, too, have the right of privacy and human rights. But because of this case, do we feel that the police might also attach a GPS terminal to vehicles driven by ordinary citizens? In fact, according to persons concerned with investigations, GPS-assisted investigations are usually conducted for organized crimes. If they are chased by police officers, systematic thieves sometimes run away at a speed of 150 km per hour or more and even replace the license plate with another one. Therefore, the police might have to rely on GPS to some extent. It should be discussed whether such an investigative method is appropriate, but will it ever be used even for ordinary citizens’ vehicles, which run in compliance with traffic regulations, have never had a forged license plate attached thereto, and are not a stolen one, not to mention, and as a result, compromise their interests unreasonably? It is reasonable to assume that it will not.

Some people are afraid that new investigative methods used by the police may violate the privacy of ordinary citizens. They had a similar impression when, for example, the Act on Wiretapping for Criminal Investigation came into force, in 1999. This Act stipulates the investigative method in which the police wiretap suspects’ phone calls, but produced the impression that it gave a stamp of approval to the police, allowing them to wiretap phone calls, and this prompted discussions about the privacy of personal communications and violations of privacy. But this Act prescribed wiretapping communications as compulsory investigations, making it necessary to obtain a warrant from a court when using this method. The requirements for obtaining such a warrant are considerably strict, and the police cannot apply for it so easily. The Act on Wiretapping for Criminal Investigation was amended in May 2016, and the scope of crimes for which communications could be wiretapped was expanded to include theft, fraud, and the like in addition to four organized crimes (drugs, organized murder, sale of firearms, and groups of stowaways). But the strict requirements remain unchanged, and in practice, there would be almost no possibility that conversations of ordinary citizens are wiretapped.

This also applies to the so-called criminal conspiracy for which a law was enacted in May. The government’s slapdash approach to the act was problematic, but it is also pointless to argue that it would lead to the revival of the prewar Peace Preservation Law. Originally, there was a type of crime called “conspiracy” (a secret plan to commit a crime) in the United States, the United Kingdom, and other countries. The theory is that several people plot together to commit a certain crime and that if at least one of them commits it (which is called an “overt act,” meaning an act that can clearly be proven by evidence and from which criminal intent can be inferred), all other people involved in the plotting should be punished in the same way as the one who actually commits it. In countries where Anglo-American law prevails, the act that punishes conspirators has long been enforced. This is not a theory that the Japanese government built up for its own convenience. In Japan, there has been the notion of “joint principals in a conspiracy” since early on, and precedents and legal principles have been established since the Taisho period. When discussing criminal conspiracy, some experts argued that the government would be able to cope adequately with criminal conspiracy if it applied the existing notions of preparation of a crime and joint principals in a conspiracy. But the government aimed to ratify the United Nations Convention against Transnational Organized Crime, and therefore, it was really necessary to explain that it would not be sufficient if the government applied these two notions alone. If critics objected to this approach, they should have focused on discussing whether it was sufficient to apply the two existing notions. Many of the opponents insisted, however, that problems lay with a more strictly monitored society and violations of human rights and the right of privacy. This may have shifted the focus of ordinary citizens to those problems.

I do not want a society put under surveillance, either. But as the MOs used by criminals become increasingly sophisticated, it is necessary to take measures for preventing them. So-called remittance fraud, terrorist attacks, and the like are well known because they are often reported, but there are many other cases in which ordinary citizens are involved in an incident before they know. Since I also serve as an instructor at the Customs Training Institute of the Ministry of Finance, I often hear about smuggling cases. Suppose, for example, that when young people such as students travel overseas, they meet a very kind Japanese at their destination. He/she takes them to tourist spots and invites them for meals. He/she says that he/she wants to give a present to his/her friend who lives in Japan and asks them to bring it to the friend. When the student readily accepts his/her request and returns to Japan, he/she finds that it contains drugs and ends up being detained at Haneda or Narita. When one’s suitcase is broken overseas, a kind person sometimes lends a suitcase. He/she says that he/she has a friend in Japan and that all one needs to do is to hand the suitcase to that friend. When one returns to Japan with that suitcase, one finds that it has a double bottom where drugs are concealed. In most cases, one will be indicted if, at the customs counter, it is revealed that one holds drugs. If one really did not know the circumstances, one will be acquitted, but one will be put on trial and has to prove that one did not. Recently there have been an increasing number of cases in which one not only fell a victim of crime but also was involved in a criminal case before one knew about it, even if one believed that one was not to blame.

The United Kingdom is a super surveillance society with several times as many surveillance cameras as the number of people in the country installed therein. In fact, opinion is still divided over whether surveillance cameras really help prevent crimes, but it is necessary to maintain the stability of society by protecting citizens from various crimes and terrorist attacks in some way or other. In the future, investigative methods using drones as well as further new equipment and technology will continue to be developed. In discussing such investigative methods, it is important to strike a balance between the right of privacy and crime prevention/arrests rather than look at them from the perspective of protecting the right of privacy alone. In particular, the number of police officers will decrease in Japan, where the population is continuing to fall. Under these circumstances, it will become absolutely necessary to introduce new equipment and technology into criminal investigations.