At the end of every year, buzzwords, new words, and kanji of the year are selected, which people pay keen attention to and talk about. These selected words give you some idea about how the year has been, and in fact, reveal the characteristics of the Japanese language.

Buzzwords can describe serious events in a casual, witty manner 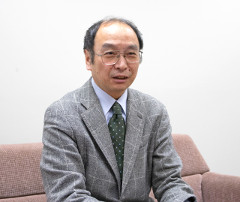 At the end of the year, the 2018 U-Can New Words and Buzzwords Awards are frequently featured in the media, and attract a lot of interest from people. Criteria for selecting buzzwords are “an expression and nuance that capture some aspect of society for the year in a casual, witty manner.” Admittedly, the words selected convey a sense of “light wit.”

The 2018 top buzzword was “sodanē,” a combined form of sō da ne – meaning “that’s right.” For example, in the course of casual conversation, if one says, “This is delicious,” and the other agrees with the person by replying, “sodanē” with a very Hokkaido dialect intonation instead of “sōdane” with a standard intonation, then both grin at each other, knowing that “sodanē” was intentionally used. The phrase “sodanē” with the distinctive intonation carries an air of exquisite lightness, and therefore, makes communication smoother.

I think this means that people are not merely trying to seek something casual and witty; they rather seek skills to describe serious events in a casual, witty manner.

Other top 10 words that were nominated include “gohan ronpō” or “rice reasoning.” This word indicates criticism toward willful misinterpretation of a question. What’s more, the word was used to describe a politician’s tactic of avoiding answering a question by intentionally misinterpreting it in the Diet. So, the word carries a very heavy meaning.

However, by combining a very familiar term, “gohan” which means either “rice” or “meal” in Japanese, with “ronpō” or “reasoning,” a rather formal term, the combined word produces some kind of “lightness.”

For example, if you tell someone, “You’re cheating,” it sounds like you are grilling him, and it may create an air of antagonism between the two of you. Instead, if you say, “You’re using rice reasoning (gohan ronpō) again,” the other person does not feel he is being accused, and may end up saying, “Go easy on me. I’ll get my act together next time.”

In other words, the term “gohan ronpō” can be used to point out a serious matter in a somewhat light, witty way to make communication smoother, instead of throwing harsh criticism.

In fact, during the PyeongChang Olympics, Japan’s female curling team, who popularized “sodanē,” played, assuming the weighty responsibility of being the national team. Nonetheless, they stayed positive during the games by saying “sodanē,” which sounds causal and affirmative, to one another without becoming too serious. Viewers may have picked up on their positive attitude through their use of “sodanē.”

From this viewpoint, many of the top 10 words selected for the 2018 U-Can New Words and Buzzwords Awards are expressions that can wrap serious matters or harsh criticism in a form of light wit. This indicates that today’s society is seeking exactly these kinds of words and expressions.

“The new words of the year” enter the Japanese dictionary

Another example is the word “baeru,” selected by the large Japanese dictionary publisher Sanseido, as its own Top New Japanese Words for 2018. The word means “to stand out” and is created by adding “-ru” to the noun “bae,” which itself is the second half and verb form of a word that comes from the 2017 U-Can New Words and Buzzwords Awards term “Insuta-bae,” meaning to “stand out on Instagram.”

As a matter of fact, to make a verb form by adding “-ru” to nouns has a long history. For example, the verb form, “ryō-ru” or “cook” was derived from a noun, “ryōri” or “dish” during the Edo period. Many of you may remember that the word “Egawa-ru” becoming a buzzword in 1980s. This word depicted the steamrolling speech and behavior of a former famous professional baseball player, Suguru Egawa. So, to describe the act of bulldozing one’s way, Japanese people used to say “Egawa-ru” by adding “-ru” to this baseball payer’s name.

However, beyond Instagram, the verb “baeru” has taken on a life of its own as a way of referring to scenery, trinkets and sweets that look stylish for photographing, posting and sharing with everyone. “Baeru” was recognized as a new word which symbolizes the emotions and senses of people living in the society of Social Networking Services.

In fact, as a member of the selection committee for the Sanseido’s Top New Japanese Words for the Year, I help select new words to be entered into Sanseido’s “Gendai Shin-Kokugo Jiten” (New Contemporary Japanese Dictionary).

We have received a lot of criticism about adding such new words to the dictionary that may later become obsolete. It is true that some dictionaries require more than 10 years before they are revised. Because a good deal of time is spent to carefully examine the words to be added to the dictionary.

However, Sanseido’s New Contemporary Japanese Dictionary is, in principle, revised every four years. The concept
of this Japanese dictionary is to understand contemporary word usage. This is why we are selecting new words that society is using now.

Of course, there are words which were being used four years ago, but are no longer used now. Those words are removed from the dictionary at the time of revision.

For example, the sixth edition of the dictionary was published in 2018, from which approximately 1,000 words, including “CD kompo” or “CD player stereo component” and “kogyaru (kogal)” or “obsessively trend-conscious high school girls,” were removed. You can trace the history of Japanese words when comparing New Contemporary Japanese Dictionaries that have been published in the past.

It is said that words are living. If so, they die, too. I think one of the roles of a dictionary is to keep obsolete words like fossils without just forgetting them. 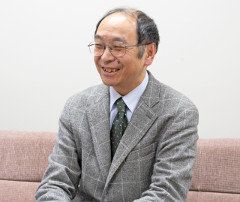 There are new words as well as words that became obsolete. For a number of reasons, the Japanese language is flexible.

For example, the second place of the Top New Japanese Words for 2018 was “moyaru.” Just like “baeru,” “moyaru” is made into a verb by adding “-ru” to a word ending. The base of this verb is “moyamoya,” which is onomatopoeia that describes a feeling of vague frustration or displeasure. Another of the top 10 words for the 2018 U-Can New Words and Buzzwords Awards was “Bōtto ikitenjanē-yo!” (“Don’t sleep through life!”). “Bōtto” is also an onomatopoeic word that describes the state of spacing out.

The term, onomatopoeia, which originally comes from French, is a word that phonetically imitates the sound it describes. In addition to the sound, onomatopoeia in Japanese also describes the state, manner, or action of people and things as seen in “moyamoya” and “bōtto.” Onomatopoeia is used to describe a scene intuitively and thereby directly affect the listener to increase his or her empathy.

There are approximately 4,000 to 5,000 onomatopoeic expressions in Japanese. This is one of the major characteristics of the Japanese language and also shows its flexibility.

The Japanese language is comprised of kanji (Chinese characters), and the hiragana and katakana syllabaries. Many onomatopoeic words are written in katakana. In addition, kanji has both Japanese and Chinese reading forms. Such variations of the Japanese language are a result of the adoption of words of foreign origin.

Furthermore, Japanese people have drawn close to the powerful languages of different periods and adopted a large number of words from foreign languages. These include ancient Chinese, Portuguese in use during the so-called Age of Exploration (mid-15th century to mid-17th century), European languages such as German, French and English in use toward the end of the Edo period (mid-19th century), and American English in use after World War II.

When we first start adopting words of foreign origin, we rigorously study them. A kanji dictionary from the Nara period (AD710-794) still exists today. It is an accurate copy of the Chinese dictionary of the time, and we can tell that the Japanese people of that time were devotedly trying to learn the Chinese language.

Yet, interestingly, the Japanese people have gradually started to freely create their own words.

For example, “daikon” radish was initially pronounced “ōne.” Ōne literally means a big root in Japanese. But, it can be also read “daikon” in the Chinese reading form. So, this vegetable was just casually renamed “daikon” from “ōne.” Even if you pronounce “daikon” to today’s Chinese people, you cannot make yourself understood. Because “daikon” is a Japanese-made Chinese word.

There are too many similar examples to list them all here. You know that today’s Japanese society has been inundated with Japanese-made English.

That’s not all. By adding “-na” to an English word “cool,” we create an adjective “kūru-na (cool-na)” and use it as if it were a Japanese word. By the way, “-na” is very convenient suffix, and can turn most words of foreign origin into Japanese words. This is another example of the excellent flexibility of the Japanese language.

On the other hand, it is pointed out that there are Japanese words whose original meanings have been changed. Some examples include “kawaii” or “cute” and “yabai” or “not good.” But I think the core meanings of those words have not changed much.

“Yabai,” for instance, describes a situation which you cannot control. We use this word to describe something bad because it does not seem a very favorable situation to be in.

However, we are not saying something is good or bad in the first place. When you say, “This sweet is yabai,” you actually mean that the sweet is too good and you cannot really control your emotion about it. In short, it means the sweet is delicious beyond your control.

As just described, the core meaning of a word does not hugely change even if the implication of the word, or the object which the word describes changes somewhat. I call this phenomenon maintaining a word’s tail.

Evolving onomatopoeic expressions, freely creating new words based on words of foreign origin, and maintaining a word’s tail even if the implication changes somewhat – such flexibility of the Japanese language allows people to produce new words and buzzwords every year. I think it is very healthy that those words draw the attention of many people and become a popular topic of conversation.

As seen above, new words and buzzwords are selected by focusing on the wit and novelty those words convey. On the other hand, the Kanji of the Year selected by the Japan Kanji Aptitude Testing Foundation focus on a dark and heavy side of society.

As long as this balance is maintained, and the Japanese people have a keen sensitivity toward words, we should never feel misgivings about the Japanese language.

* The information contained herein is current as of May 2019.
* The contents of articles on Meiji.net are based on the personal ideas and opinions of the author and do not indicate the official opinion of Meiji University.