People believe what they want to believe, so they are manipulated by fake news

In the 2016 US presidential election, then candidate Mr. Trump frequently used Twitter during his campaign, and this new campaign strategy received public attention. However, there is debate that it is wrong to regard this as a new phenomenon born of the modern information environment. What does this mean?

Fake news was not necessarily born of the modern informational environment 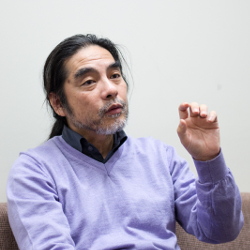 When we see a characteristic phenomenon of new media or new information tools, we are inclined to regard it as a new social phenomenon. However, when captivated only by a brand new technological environment, its true nature may be overlooked. For example, from his presidential campaign up to the present, President Trump of the US has often used Twitter to spread information, which is often regarded as an unprecedented new social phenomenon. However, it is not uncommon for a country’s leader to spread information that is convenient for himself/herself. For instance, feudal lords of the 16th century Holy Roman Empire used official reports to broadcast the validity of their invasions, boast of achievements, etc. Fake news, which is thought of as the communication action of spreading convenient information in the form of news, is historically a common practice and normal. The reason that President Trump often uses Twitter is that, unlike the 16th century, present-day major media, including TV and newspapers, are highly public and do not allow him to directly spread the information he wants.

Rather, the fact that a great number of people believe President Trump’s fake news may be a bigger problem. People for the most part believe what they want to believe. In other words, even if the information broadcast is only one interpretation of objective facts or completely fake, those who want to believe will believe it. If President Trump says that immigrants are stealing jobs from American workers, those who want to believe it will accept it as credible “fact” regardless of whether it has grounds. In the US today, there are enough such people to divide the country.

Of course, the interpretation of facts varies depending on the person. Accordingly, major media and such have the function of presenting the interpretations of experts. This has also been a guideline for our interpretation. On the other hand, in today’s information environment, anyone can easily broadcast their own “personal opinions,” and moreover, since simple interpretations can be understood in a short time, they spread quickly. We believe things that are easy to believe and think that we understand things that are easy to understand. Therefore, there is also an argument that major media do not report facts and that the truth is on the Internet. This may also be the result of overly seeking that which is easy to understand.

As information propagates, at times the information is in a sense “laundered” into a credulous form. In a familiar example, there is talk that election rigging occurred in the Aichi seventh electoral district for the House of Representatives election in October 2017. There were two candidates for this district and one candidate caused a scandalous incident before the elections, which threatened her reelection. However, the result was her reelection. This unexpected outcome was regarded with curious eyes. After that, information spread on the Internet that there were an unusually large number of invalid votes in this district. Although, examining the election committee’s announcement, it was found that invalid votes accounted for a little more than 4%, which was about 11,000 votes, the result may have been different if those invalid votes were properly taken since the difference between the two candidates was a mere 800 votes. This creates the impression that perhaps some unknown force was at work, leading to conjectures and talk as if the occurrence of rigged elections was a fact. When researched, other electoral districts in the same Aichi Prefecture had only 2% or 3% invalid votes, so 4% may be significantly numerous statistically. However, when perceived countrywide, electoral districts with few candidates tend to have a larger number of invalid votes, and there was even a district that exceeded 10%. Within Aichi Prefecture, the seventh electoral district was the only district with only two candidates. When considered in this way, the fact that 4% were invalid votes alone does not indicate a rigged election. On the other hand, various pieces of information are left as traces on the Internet. Those are such as the fact that a candidate had caused a scandalous incident, that another candidate was reelected even though the person should not have been, that there was only a slight difference in votes, and that a high rate of invalid votes in the Prefecture exceeds the difference in votes. When someone gathers that information and includes plausible evidence, such as data partially extracted from the election committee’s documents and figures, people form the impression that rigged elections was no surprise, and this eventually becomes told as “fact” as it is propagated.

Although such phenomena are easily regarded as characteristic of new information tools, similar phenomena have been observed historically. Tabloid newspapers rapidly expanded in France in the mid-19th century, sparked by Emile de Girardin. He took notice of selecting interesting articles from various newspapers and gathering them into one and created a newspaper referred to as a plagiarism newspaper. This newspaper gained popularity as a collection of interesting articles that could be read at once and was cheap. After that, noticing its popularity, he created the business model of printing advertisements in newspapers. Actually, a half century earlier during the French Revolution, a business to sell information existed that made money by gathering interesting rumors about the royal palace and such, mixing in conjecture, and creating appealing “truths,” which were told at local cafes. This was by word of mouth, but others began recording and gathering those “truths,” publishing them, and even writing novels using them as material. Eventually, literacy rates improved and there was an increase in people that could write and make sentences, which coincided with the increase in printing ability due to an improvement in technology for mass producing paper as well as the appearance of Girardin, which lead to the rapid expansion of the medium of tabloid newspapers. This flow is similar to the modern phenomenon of the rapid spread of information tools causing the amassing of information on the Internet, leading to the appearance of websites that gather that information, the creation of fiction based on that information, and inserting advertisements on websites.

A situation is advancing where people serve new technology and tools 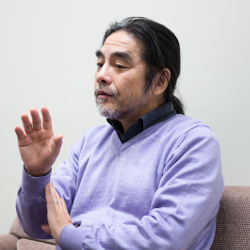 That is to say, we should not be captivated by a brand new technological environment, but it is important to recognize what kind demand structure for information is expecting what kinds of functions and roles and what kinds of technology and tools are being used. For example, there are many people that are currently enjoying Instagram. This big turning point leading to today is thought to have distinctly appeared at the time of the 9/11 terrorist attacks that occurred in the US in 2001. Even though for hijacked planes to be crashed into Manhattan skyscrapers was not something anyone could imagine, there still remain numerous images of the first plane’s crash. This was when we recognized that we are able to record and broadcast constantly, and that these technology and tools are answering our demands for image information. This was the timing when we accepted functions like Instagram. On the other hand, such technology and tools are also leading to the development of a surveillance society. This is because there is a demand structure for surveillance information, whether it is the suppression of crime or the convenience of life. However, if we are so captivated by new technology, a repressive situation where people serve technology may be liable to advance without our notice.

Lastly, I will mention my current craze. In autumn of the last year, when a writer of a television drama watched that drama while tweeting his thoughts from time to time and was able to share those tweets with many viewers, it received public attention. Actually, I also enjoy watching television dramas while sharing tweets on its contents. Although it is often assumed that with the spread of new technology, older media will become obsolete, by media mixing television dramas that are a fixed broadcast with Twitter, more people are re-evaluating it as media for enjoying synchronization. If we decidedly consider our demand to share entertainment with many people, we should be able to see that the media necessary is not all brand new.