Will the failed coup in Turkey lead to the “best scenario”?

Professor, Organization for the Strategic Coordination of Research and Intellectual Properties (~2018),
Meiji University

The coup attempted by some of the Turkish military on July 15 ended in failure. Why did the military take up arms against President, though it was a rebellion by a portion of the soldiers? Why did the citizens confront the rebel army? In addition, what will happen to President Erdoğan and Turkey in the future? Professor Yamauchi, who researches the Middle East and Islam at Meiji Institute for Global Affairs of our university, was interviewed.

Turkey matured as a democratic country

When we think of this Turkish coup d’état attempt, we have to consider the situation that Turkey is currently placed in. Compared to Libya, Yemen, Syria, and Iraq, in particular, where civil wars and domestic conflicts have been continuing and confusion has been increasing since the Arab Spring occurred in 2010, Turkey has been the safest country in the Middle East. Needless to say, not everything is going smoothly. Turkey is facing the Kurdish issue internally; moreover, the relationship with Russia has deteriorated externally as Turkey shot down a Russian military aircraft that violated Turkish territorial air. The Israeli army attacked the Turkish volunteers who supported Palestine Hamas and killed 10 people, resulting in deterioration of the relationships with both Israel, Egypt (where a coup occurred), and Syria, where civil war continues. In addition, Turkey turned against the IS (Islamic State), whom it had allowed to send weapons and money at first, due to pressure from the western countries. It can be said, therefore, that Turkish foreign relations are in a vulnerable situation. Nevertheless, noting its mature aspects as a democratic country such as a regime change by election, there is no doubt that Turkey is the country with the most stable political system in the Middle East.

One of the reasons that makes Turkey a stable democratic country derives largely from the fact that its connection with Europe as an EU associate member is deep and it has embraced European factors in its long history. In addition, although it is a Muslim country, it is also the only country in the Middle East that publicly promotes secularism to separate politics and education from religion. These aspects have led Turkey to keep a distance from other Muslim countries.

Confronting the coup was not only for protecting the democracy

Why did soldiers stage a coup in Turkey, and why did they fail in their attempt? Firstly, since Erdoğan was elected as President in 2014, there has been resistance as he has taken over the military’s authority. Although it is little known in Japan, the Turkish military has the second largest military force in NATO, next to the U.S.A. As the military also holds autonomy equivalent to the bureaucratic organization historically, the Turkish soldiers have strong pride. The fact that such a military was brought back from the political scene and their various vested interests were taken away offended their pride as soldiers and diminished their individual life plans. In other words, the military’s profit structure related to the future was under threat. However, civilian control of the military does not apply only to Turkey but is a global trend after World War II. President Erdoğan also presented his ability as a politician by ruling over the conflicts between soldiers and bureaucrats and prioritizing civilians. In fact, as there were also new generations in the top of the Turkish military who understood that it is not the time for the military to move to the political scene, the coup ended in a rebellion by a portion of the soldiers.

The rational reasons for this failed coup include the immature tactics of the rebel army, their underestimation of the communication technology of the 21st century, and the political will of the citizens. President Erdoğan and the top of the Justice and Development Party (AKP: Adalet ve Kalkınma Partisi), the party affiliation, succeeded in urging the citizens to stand up against the rebel army through the use of cellular telephones and social network services, without being taken into custody. As this was also covered extensively by the Japanese media, many people may have known. So why did the citizens really stand up in response to the demand by President Erdoğan? Videos of the citizens climbing a tank and other matters were broadcast as news, many people may remember. Although there were many victims among the citizens as a result, one of the reasons for rising up so strongly was that the Turkish people, who have experienced three large coups since the mid-20th century, knew well what would happen if the military won political power. The citizens refused to allow the military to demolish the government, which they had elected, in an illegal manner and rule the country with an iron fist. The citizens of Turkey, a mature democratic country in the Middle East, stood up in order to protect democracy.

However, the citizens who rose up are not necessarily pure democrats. They stood in the way of the rebel army while calling out “Allahu Akbar!” instead of “Long Live Democracy!” In other words, they are not secularists promoting democracy but Islamicists supporting President Erdoğan and AKP. One of the political abilities of President Erdoğan is the solidification of power by pork barrel, including so-called doling out in the rural areas and local cities; distribution of honors to his supporters such as public officers, educational circles, judicial circles, and journalism circles in urban areas; and the vested-interest structure to provide work from the companies he manages. The expansion of supporters by such pork barrel politics serves as the political basis for President Erdoğan. As a result, the citizens who stood for protecting their own interests confronted even tanks. They can also be called democrats in the sense that they are the supporters of Erdoğan, who was chosen by election. However, President Erdoğan fully understands that people do not act only by ideology and spirituality, and thus establishes the basis for political management there, resulting in bringing out his extraordinary leadership.

Can the citizens’ power that avoided the worst scenario be the power for the best scenario? 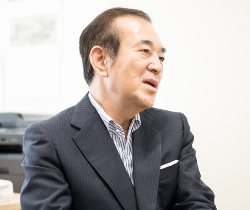 Although President Erdoğan will externally announce that this failed coup means success in protecting democracy, he actually believes it is “a gift given by God.” This is because he can expand his own power and authority and attempt to lengthen his rule, ostensibly for the elimination of the anti-Erdoğan group on this occasion. The purge of the military has already started. In addition, concurrent disemployment of excellent government officials and deans and researchers of universities is also underway. As a result, it is undeniable that Turkey will weaken the leading military force, which is the second largest in NATO, as well as drain excellent human resources, resulting in deteriorating the national strength. What marks this coup as a watershed is the fact that, although everyone may have stood up in order to protect the democracy, the person making the most of it is President Erdoğan, who is introducing authoritarian governance by such undemocratic leadership and attempts to lengthen his regime. So there is a threat that his authoritarian governance might start at the cost of national strength.

Conversely, if the coup had been successful, what would have happened? As the mainstream of the military opposed the coup, the division of and conflict within the military after the successful coup, as well as the development of a civil war due to the mutual clashes of regular forces, would have been inevitable. If that happened, Turkey, which was the most stable country in the Middle East, would have been the fifth country with a civil war in the Middle East, resulting in a fundamental overturning of the order of the Middle East. Firstly, an enormous number of Turkish refugees would have been generated. It would have resulted in reliance on Germany, which has had a deep connection with Turkey from the 1950’s and has a lot of Turkish communities. Germany and the EU would not be able to refuse the refugees from Turkey, which is also geographically close. It would have been a nightmarish situation for Turkey, Germany, and the EU. It is said that approximately 1.1 million refugees and immigrants flowed into Germany in 2015 alone. If a rebellion had occurred in Turkey, there would have been even more refugees and the impact would have been immeasurable. Consequently, it can be seen that the success of the coup was the worst possible scenario at this time.

The supporters of President Erdoğan stood in front of tanks with the fear that a period of chaos might come. Their courage and leverage eventually saved not only Turkey but also the EU from chaos. In the future, I would like to focus on whether their courage and leverage will face President Erdoğan with a legal means called election and bring about a scenario to save the weakening Turkey.

Meiji Institute for Global Affairs
The Institute conducts analyses and research on the themes of security, international trade, regional conflicts, terrorism, and other matters in the North American, European, Middle Eastern and Islamic regions. Unlike conventional national universities and other universities, the Institute has invited many people as researchers. These include former officials of the Ministry of Economy, Trade and Industry, who have experience in actual trade and various economic negotiations; researchers of national universities, who bring the logical approach of the academic community; former mass-media persons in specialized fields; and others. The Institute holds workshops from cross-disciplinary perspectives, symposiums, and seminars several times a year. It also disseminates information of analysis and research results to various media. http://www.meiji.ac.jp/miga/en/index.html