Taking another look at governance in light of Toshiba accounting scandal

At a general meeting of its stockholders in June 2015, Toshiba Corporation admitted “accounting improprieties.” Thereafter, it became clear that the amount of so-called “window-dressing” reached a stunning 220 billion yen. The revelations damaged the brand image and worsened the company’s performance. For the fiscal year ending on March 31, 2016, Toshiba is projected to post a net loss of 710 billion yen. What factors lay behind Toshiba’s sinking to this depth? 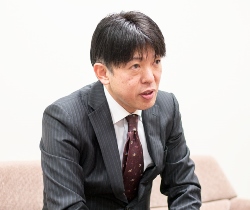 Toshiba made the switch to a committee governance structure in 2003, and was regarded as a company which was farther along than others in the promoting corporate governance. At the time, companies with this kind of governance structure were obliged to institute three committees: a nominating committee, an auditing committee, and a compensation committee. Each committee has a membership of at least three directors, and half of the members must be outside directors. These committees have different roles. The nominating committee makes decisions on the content of proposals to be submitted to the general meeting of stockholders on the appointment and dismissal of corporate directors. The auditing committee audits the duties of executive officers and corporate directors, and prepares reports on the auditing results. The compensation committee determines matters such as compensation for executive officers. Although the nominating and compensation committees are not organizations that directly check for the kind of improper accounting, i.e., window-dressing, practiced at Toshiba, the arrangement acts to govern and activate corporate management through the appointment of two or more outside directors.

When Toshiba first announced the “accounting improprieties,” I believe many figured that it managed to publicly confessed to the window-dressing precisely because it corporate governance was functioning as it should. Thereafter, however, it was learned that the accounting improprieties came to light as a result of notification by an internal whistle-blower to the Securities and Exchange Surveillance Commission. Additionally, an investigation by a third-party committee instituted by Toshiba found that excessive figures for profit had been posted in the accounts beginning with the first quarter of fiscal 2008. Moreover, it was found that there had been systematic involvement in the improprieties by executives including the top layer of management.

Why were the improprieties missed by both the auditing committee and auditing firms? One reason is that, as might be expected, the window-dressing methods were quite clever. One method applied was “round-tripping.” In round-tripping, the company sells parts and other items at high prices to a transaction partner engaged in computer assembly with which it has no capital relations, just before account settlement. And after settlement, it buys the finished products back at prices including the high-priced parts, etc. The scheme immediately produces deficit at the end, but it makes it appear that profits are higher than usual at the time of settlement. Various other ploys were used as well. These included manipulation of the progress rate applied in the percentage of completion method to post earnings ahead of schedule, request to suppliers to send bills late in order to delay the posting of the related costs, and neglect to post loss on inventory valuation. Properly speaking, it is the job of an auditing firm to make thorough checks for such window-dressing. Ongoing investigations will presumably ascertain why these improprieties went undetected.

Toshiba incurred serious damage because of these improprieties. In the first place, it was ordered by the Financial Services Agency to pay, and paid, a penalty of 7,373.5 million yen for making false entries in its financial statements. To its auditing firms, it also must pay a sum of 2,071.52 million yen in auditing fees related to the revision of financial statements in prior fiscal years. Furthermore, its shareholders have initiated a suit for payment of damages caused by the resulting drop in its stock prices. Its business result is also worsening. Its sales in fiscal 2015 (ending on March 31, 2016) are projected to fall to 6.2 trillion yen, and its net loss, to total a record-high 710 billion yen. Its capital adequacy (equity) ratio is forecast to sink to 2.6 percent as a result. There is an additional problem: Toshiba has not posted the loss associated with goodwill impairment. The performance of the nuclear power plant manufacturer Westinghouse, which it acquired in 2006, has been far worse than initially expected. In spite of this, it has not posted the loss from the related goodwill impairment. Considering the disposal of these losses at Westinghouse, it would not be odd if Toshiba slipped into insolvency at any time.

I should add that Toshiba is also being asked to pay damages for breach of listing regulations by the Tokyo Stock Exchange and the Nagoya Stock Exchange. Although the amount of these damages is not very high, the influence of the erosion of confidence in the capital market may be termed extremely great. At present, it has been designated as one of the securities on alert. This designation will be lifted in September at the earliest. When it is, the company’s ability to raise funds effectively will depend on whether or not it can repair its tarnished brand image and recover its credibility.

Differences from Hitachi, which has also fallen into crisis 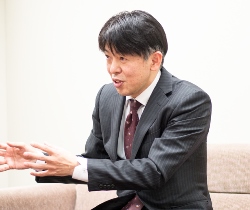 Why did Toshiba end up resorting to improprieties that did so much damage to it? Some speculate that the cause was the decline in its performance due to the 2008 collapse of Lehman Brothers and upsurge of opposition to nuclear power worldwide in the wake of the 2011 Great East Japan Earthquake. But Hitachi, Ltd. likewise saw its results worsen and recorded a deficit of about 790 billion yen in 2009. Subsequently, however, it made an admirable recovery and is posting record-high operating profits in 2015. Like Toshiba, Hitachi was a forerunning firm in the area of corporate governance. What made its situation different from Toshiba’s?

Instead of hiding it, Hitachi announced its record-high deficit, and then set about a program of in-house structural reform with a sense of crisis. One of these reforms was reportedly the incorporation of diversity through appointment of foreign nationals to serve on the board of directors. Generally speaking, when they think of corporate governance, people are prone to look entirely at the aspect of compliance with laws and regulations. Nevertheless, even the corporate governance code prepared by the national government and Tokyo Stock Exchange regards corporate governance as being aimed at raising the basic level of corporate earning power, and considers it part of corporate growth strategy. To help companies grow and to link this growth to long-term success as opposed to focusing exclusively on short-term return, it is vital for corporate governance to be properly functioning. Hitachi appointed foreign nationals as directors in keeping with its strategy to revitalize the organization by having it monitored through the eyes of a third party. In reality, the board of directors underwent a complete change. There was genuine head-to-head discussion, and it is said that even the CEO was at a loss to furnish a reply at times. Toshiba, in contrast, reportedly had a corporate culture that frowned on opposition to the inclinations of superiors. If it was needed to protect the company, their own ratings, and their vested interests, the top layer of management had no qualms about improper behavior. Once they began to take reckless action, it was impossible to stop it. Although Toshiba had instituted committees and appointed outside directors, it lacked understanding of corporate governance in the true sense, and consequently was unable to get the mechanisms to operate as intended. As a result, far from protecting the organization, they ended up placing it into serious crisis.

Another case in point is that of Olympus Corporation, which announced its fradulent accounting practices in 2011. Its decision to disclose factual information, even if it was detrimental to the company’s interests, instead of trying to hide it was followed by a program of structural reform of the organization. This program brought revitalization and growth to the company. The person who exposed the improprieties that had remained hidden for ten years was a British national who was newly appointed to be its president. A pertinent term in this connection is “tone at the top.” In essence, it refers to the corporate culture bred by the ethical attitude in the top layer of management. As indicated by the cases of Hitachi and Olympus, the right tone at the top leads not only to protection of the company but also a higher corporate value.