The message contained in the Tokyo 2020 Olympic Volunteers 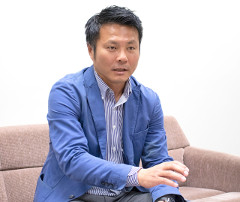 Tokyo was chosen to host the 2020 Summer Olympic Games in September 2013. People all over Japan were greatly excited to have the Olympic and Paralympic Games held in Tokyo. It is indeed very difficult to win the bid to host the games.

For example, Tokyo had also bid for the 2016 Summer Olympic Games. At the time, I suppose the people concerned had been confident about a positive result and were convinced that Tokyo would win. In fact, in the application phase of the International Olympic Committee (IOC), Tokyo had been rated the highest while Rio de Janeiro had been rated the lowest of four candidates. As it turned out, Rio de Janeiro was chosen, having the big advantage of becoming the first South American city to host the games. I think that the disappointment of the Japanese people concerned was great because they had great expectations.

Since then, Tokyo continued activities to bid for the 2020 Summer Olympic Games, but I think that the people concerned were doubtful about winning after the occurrence of the 2011 Great East Japan Earthquake and the hosting of the 2018 Winter Games in East Asia (Pyeongchang, South Korea), both of which they considered to be negative factors.

However, in choosing a host city for the games, candidate cities are questioned on their comprehensive power, which is influenced by the international situation at the time and various other factors. I feel a special power beyond human understanding involved in being chosen as a host city.

For example, in choosing the host city for the 2020 Summer Games, the IOC probably put emphasis on safety due to the global threat of terrorism, choosing Tokyo over rival city Istanbul, which would have been the “first Middle East city to host the Olympic and Paralympic Games.”

It is curious to note that in the three successful bids for the Olympics, the stadium in the outer garden of the Meiji-jingu Shrine had been, and will be, used as the main Olympic stadium, while the main stadium was scheduled to be built in the Tokyo Bay area for the 2016 Summer Olympics, which Tokyo failed to host. Looking back on history, we can see that this kind of “factor” strangely overlaps.

Some people question whether it is necessary to go to such great lengths to bring the Olympic and Paralympic Games. The bidding certainly requires a considerable amount of money, and additional money would be needed if the bid is won.

However, the money spent is not just consumed. As was with the 1964 Tokyo Olympics, the urban infrastructure built for the Olympics remains as our long-lasting assets.

Now that Tokyo has become a mature city, it has no need for large-scale infrastructure development as in the past. However, much must be done to prepare sports stadiums, including the National Stadium, for the Olympic and Paralympic Games, which will no doubt become useful infrastructure in creating a better life for the people living in a mature city.

In addition, there is the importance of having people around the world focus their attention on Tokyo, visit the city, and make exchanges. Conflicts, whether between nations or individuals, arise from not knowing each other. In many cases, getting to know each other enables conflicts to be resolved and people to engage in dialogue. To this end, making exchanges is the first step.

For instance, if the missing 1940 Tokyo Olympics had been held as scheduled, it would have served as an opportunity for the world to know Japan better and for Japan to know the world better. As a result, a longer time may have been spent on the negotiations between Japan and the US, or the negotiations may have taken a different form. At least, I feel, there would not have been an attack on Pearl Harbor by the Japanese Navy in the following year.

In recent years, the Olympic and Paralympic Games have become mega-events. Some point out that the events can be held only by big cities or cities that have hosted the games in the past by reusing past facilities. There is certainly such a trend.

Consequently, the IOC has held the Youth Olympic Games since 2010. It is a youth event (14-18 years) that is smaller in scale than the Olympic Games.

The characteristic of the Youth Olympic Games is that the events are held in line with the original philosophy of the Olympics. For example, different from the Olympic games where some athletes return home when their competition ends, all participating athletes of the Youth Olympics must attend for the entire duration of the Games.

During the events, young athletes participate in not only sporting events but also cultural exchange programs with other countries’ athletes and have discussions on themes such as culture, peace and environmental issues to deepen international exchange and learn various things. Through these experiences, the IOC wants the youth generation to grow into Olympians.

The Summer Youth Olympics were held in Singapore in 2010, Nanjing in 2014, and Buenos Aires in 2018, and will take place in Dakar (Senegal) in 2022. I think that it is of great significance to have cities that are not yet big enough to host the Olympic and Paralympic Games host the youth generation events in line with the original philosophy of the Olympics.

Furthermore, it is stipulated in the Olympic Charter that Olympic and Paralympic host cities conduct cultural programs during the four years before the games.

Although it is not widely reported and seems to be not well known, cultural activities are currently under way in Japan, such as “Tokyo Caravan,” which includes theatrical and other performing arts presented by a wide variety of artists, and “Tokyo 2020 Nationwide Participation Program,” which involves the public actively planning and participating in various cultural events and community support activities.

If the Tokyo 2020 Olympic and Paralympic Games provide an opportunity for the general public in Japan to participate and enjoy these and other related activities, I think that hosting these games will also be another important significance.

Wanting the citizens of the host city to get deeply involved 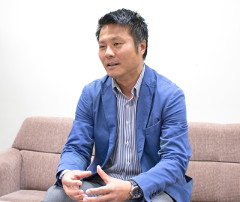 Organizers for the Tokyo 2020 Olympic and Paralympic Games recruited 110,000 people as Games Volunteers and City Volunteers. Regarding this recruitment, some criticize the organizers for trying to make money by allotting cost-free labor to necessary work.

While there are various views, it does not seem to me that the organizers recruited volunteers to make money or cut corners.

In the first place, there were roughly 200,000 applicants for 80,000 positions for Games Volunteers. Even the process to interview each of these 200,000 applicants, screen them, and assign appropriate roles will require four to six months, after which various training will be conducted. It will require enormous cost and effort.

If the workforce were not cost-free and recruited for a daily wage of 10,000 yen, applications would unmistakably flood in. Dealing with such applications would require more cost and effort. The organizers would first like to avoid such a situation.

Furthermore, while a daily transportation fee of 1,000 yen is paid, accommodation fees and arrangements are not provided. Some point out that these conditions are too strict. However, I think that the organizers intend to have citizens of the host city, Tokyo, get involved with the event. If volunteers live in Tokyo, there is no need for accommodations and 1,000 yen would be enough to cover travel between home and any of the venues.

Furthermore, Tokyo residents will be the main people to decide the future use of the New National Stadium and other various sports facilities. It is no longer a time to entrust the use of such facilities to the government. It will become necessary for residents to proactively make proposals on the use of these facilities.

Another thing is the sports university museum that will become an important legacy. The former National Stadium contained the Prince Chichibu Memorial Sports Museum, but the New National Stadium under construction will only have space for displays.

Since university museums are bases for research and education, there must be space for archiving collections and research operations as well as displays. Should the collections of the Prince Chichibu Memorial Sports Museum, which are currently stored in a warehouse, be scattered and lost, it would stand as a black mark for Japanese sports on passing and handling down its history to future generations.

I think that it is important for those of us who are engaged in sports- and academic-related organizations to take action to prevent such a situation from occurring.