Recently, the opening prices of initial public offerings (IPOs) tend to exceed their public offering prices, and an image of IPOs as a profitable investment is widespread. However, IPO prices, despite their popularity at the stage of public offering, sometimes drop significantly after the stock listing and often fall below the public offering price in the short-term. This kind of stock price trends are called IPO bubble, and it is pointed out that it is not sound when accelerating the move “from savings to investment.”

The opening price exceeds the public offering price at a high rate, but in many case they drop later on 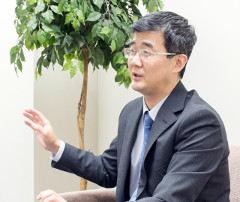 Since companies get listed to raise money from the market, they hope to raise as much money as possible. Based on these hopes, companies discuss their IPO with investment banks, carefully considering the current market situation and the company’s performance, and the public offering prices are determined by a competitive bidding. The investment banks, in some way, assess the reaction of investors, wondering if the stock price setting is fair.

Then, companies list their stocks on the stock exchange, and there the stocks are priced differently from the offering price in accordance with supply and demand between many and unspecified sellers and buyers. The first stock price acquired is called the opening price.

Thinking about these careful steps so far, the opening price should stay at almost the same level as the offering price, and could be considered as either shifting upward or downward. However, recently, in most cases the price increase sharply.

In some cases, the opening price more than doubled in comparison to the offering price. Therefore, IPOs are considered as chances (lottery?) that bring high returns, and many people rush to apply for a competitive bid.

However, looking at the trend of stock prices, most of them go down after the stock listing. In June this year, a company which operated a flea market application and was famous for its cheerful TV commercial got listed on Mothers and became a hot topic because its opening price was 5,000 yen against the offering price of 3,000 yen. Three months later, it fell 40% and stayed at almost the same level as the offering price.

In short, it is considered that gaining a high return from an IPO is assumed when selling them off before the price drops. I will not say this is good or bad. There are many ways of thinking about stock investments.

However, the problem is that many investors jump on the IPO bid and sell new stocks for opening price without understanding the stock issuing company. This does not contribute on the increase of the population of individual investors, which is expressed as the policy of “from savings to investment.”

Investors supporting growth of new companies which have unprecedented ideas and technologies leads to activation of Japan’s economy and as a result, obtain large profits. But actually, many people buy stocks without considering the companies’ technologies or long-term performance but based on expectations or reputation.

Stocks are surely affected by not only the companies’ performance or objective information, but also future expectations or company image held by many investors which are a so-called mindset, and it is one of the factors that lead to an IPO bubble.

Actually, this mindset of investors appears in the entire market trends. For example, the JASDAQ index in 2017 was rising considerably. It meant that investors were bullish. During such a rising market, if you think about holding stocks for the long-term, it is better to buy them early either at the offering price or the opening price, even though the price is a little high.

Conversely, in 2018, the index has been gradually falling. It means that the entire market is weak. During such time, you had better not jump to the opening price, but consider your options carefully. In reality, most IPOs make a higher opening price than the offering price and then it gradually falls. It can be considered that the fact that stock prices often go down after listing encourages investors to make short-term investments, buying stocks at the offering price and selling them at the opening price.

In order to accelerate “from savings to investment,” investments from a long-term point of view are essential. To achieve this, it is necessary not only to make estimations by thoroughly analyzing an individual company’s information, but also to watch the entire market trend from a broader point of view. In recent years, investment banks and financial institutions have made available not only company information, but a wide variety of data on their website. However, to make use of enormous amount of information, a significant amount of prior knowledge is required, and, in reality, it is difficult for general investors to make smart investment. Thus, diversified investment trusts are now increasingly popular. For general investors, leaving investments to professional fund managers is not only convenient but also theoretically wise asset management.

It is important to enhance your own financial literacy 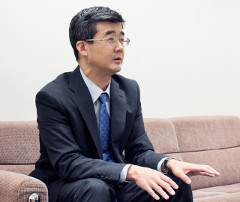 The aim of investment is, from the investors’ point of view, to increase their assets efficiently, but as an economic activity, it also works to activate the economy through the investment of individual investors’ surplus money in venture companies.

Why is there no increase in individual investors in Japan? In other words, why do they avoid taking risks? People might have no extra money because the income of young people who seem to be able to take risks is not growing.

In addition, since the aspiration for home-ownership is still strong in Japan, any money surplus is used to purchase houses. Actually, real estate investments are a higher risk than stock investments especially when buying a house with a loan.

On the other hand, stock investments are considered risky, but the asset often increases in the long-term. For example, in 2008, the stock market sank because of the economic downturn precipitated by the Lehman Brothers bankruptcy, but 10 years later, the JASDAQ index reached 200% of its value in 2008.

Japanese are said to have lower financial literacy than people of other nations. Recently, high schools are focusing on financial education, and financial institutions try to explain expert knowledge in easy-to-understand language and donate money to universities for financial education. Moreover, support by government is required so that can everyone share bright future expectations. Optimistic images of one’s future income make risks easy to take risks and creates a preferred cycle through which further investments activate society.

When deciding not to start an investment with risks, it is better to quit investment as a result of consideration based on knowledge than to quit without knowledge.

* The information contained herein is current as of November 2018.* The contents of articles on Meiji.net are based on the personal ideas and opinions of the author and do not indicate the official opinion of Meiji University.