Incidents in which employees die from overwork or commit suicide due to illegal overtime work are continuing to occur. In recent years, the number of companies that are considered to be burakku kigyo (black companies) is increasing, even among big corporations. We need to consider why companies turn into black companies. 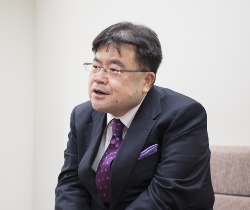 The definition of the term black companies appears to be changing. The term used to refer to companies run by antisocial individuals (e.g. so called boryokudan (organized crime group)); oidashi beya (a holding area for regular employees deemed unnecessary but who won’t quit), which received much media attention at one point; or companies that bully their employees who are unable to meet their quotas. But I believe that black companies that have been under question in recent years are actually those that force their employees to work under harsh conditions despite their efforts to engage in ordinary corporate activities. In short, such companies can be described as those that do not regard their employees as fully human. People have dignity and have families. They are complex and diverse.

An order comes into effect only after it is accepted

Another major issue is that companies are inheriting the experience of Japan’s period of rapid economic growth as if it were a model for corporate success. This was an era when people were saying things like “Can you work 24 hours?” and kigyo senshi (corporate warrior). Company employees at the time worked their tails off and were the backbone of Japan’s rapid economic growth. As a result, society became affluent, companies grew, and the salaries of company employees continued to rise. For the employees, working long hours and hard work were considered good things and were valued highly. But times have changed. Today, unlike the period of rapid economic growth, hard work will not necessarily earn you privileges that measure up to the work you put in. Furthermore, there was a clear division of gender roles at the time in which men worked at companies and women stayed at home. As a result, the husband was able to work 24 hours literally thanks to the support of his wife. But as companies struggle to increase profits, the husband no longer gets a raise each year as he did before, despite being a regular employee. In some cases, the wife has no other choice but to find a job to help pay the bills. On top of that, there is now a demand for gender equality, and part of the reason for this is that women also began to have career goals and aspirations. The living model of the period of rapid economic growth no longer applies. Companies and supervisors that do not recognize this force their employees or subordinates to work long hours without realizing that they are mistreating them, and end up treating them like shogi (Japanese chess) pieces rather than as people with dignity.

There is something even more significant here that companies and supervisors do not recognize. It is said that the Japanese style of management during the period of rapid economic growth, in fact, was a bottom-up approach. Under the system, management would make decisions based on the feedback of those on the front lines. However, starting around the time the bubble collapsed, it came to be accepted that a top-down business approach, which is based on an American style of strong leadership, would be better. It is true that a top-down approach can be effective in overcoming a crisis. But in the middle of the 20th century in the United States, Chester Barnard, who is referred to as the father of modern business administration, had already put forward a theory which he called the acceptance theory of authority. The theory states that an order comes into effect only after it is accepted by the subordinates, rather than when supervisors give the order to their subordinates. In other words, an order is not a unilateral form of communication from supervisor to subordinate. The subordinates must be convinced, and they must accept the order. And if a supervisor gives an order based on their own notion of common sense, which is based on their own success experiences, the subordinates will regard it as lacking common sense. They will not be convinced and they will not accept the order, and the order will not serve its purpose. Enhancing work efficiency or performance will not be possible under such circumstances.

How then can supervisors get their subordinates to accept orders? Barnard argues that communication is vital in achieving that. Each person has their own beliefs, and there may be circumstances that cannot be identified through observation alone. When giving orders, supervisors must be in constant communication with their subordinates. Supervisors must understand the personalities of the subordinates and they must convince them. In the first section, I stated that black companies are companies that do not regard their employees as fully human. What is lacking at such companies is communication. Generally speaking, people do not communicate with shogi pieces. This is because you can move shogi pieces at will without saying anything. But you can’t do that with people. Subordinates have their own views. The job site has its own circumstances. Organizations consist of a diverse range of people. Communication is necessary in understanding these things and in creating a system that takes advantage of the diverse range of ideas. 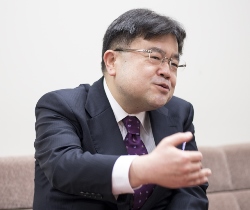 When it comes to black companies, who regards the companies as being “black” can vary. Clients may regard the companies where employees have committed suicide (as they were unable to endure the harsh working conditions) as reliable companies. They may feel that such companies will meet their unreasonable demands. Similarly, such companies may have a favorable reputation among consumers because they provide high quality products at a low cost or provide services that other companies don’t. But we may need to imagine the possibility that an enormous burden is placed on the employees of those companies in order to provide such services. In Europe and the United States, if it is discovered that a company is engaged in inappropriate practices, consumers sometimes boycott the company’s products even if the company is an internationally known brand. There is a level of consciousness in which consumers question whether companies need to lower their prices that much or whether they need to improve their services. In contrast, I feel that Japanese society places too much value on the pursuit of convenience and low prices. I believe that reassessing such issues will help protect our livelihood as well as ensure a healthy society.

To conclude, I have a message for young job seekers or those considering a career change. A good way to evaluate companies is to check the corporate information in annual reports targeting investors, rather than trusting all the information provided in job information literature. Even in such reports, some companies do not publish inconvenient data. Companies that hide information have the potential to be black companies (from the perspective of the employees) no matter how appealing they seem to be in job information literature. The best thing to do is to ask the people who work there, if you can. When you have a job, there will be times when you will need to push yourself. What is important is how the company will accommodate you after the fact. Companies that give employees days off for family anniversaries and family occasions or make arrangements so they will not continue to overwork– those are companies that regard their employees as fully human.