Today, Japan has one of the longest life expectancies in the world. A study shows that half of those born in 2007 will live to age 107. Longevity is good news, but it is now regarded as important to extend what is called the healthspan, the period of life spent in good health not requiring nursing care. And thus, attention is being given to physical exercise as one of the approaches that each and every one of us can take in everyday life to extend our healthspans. 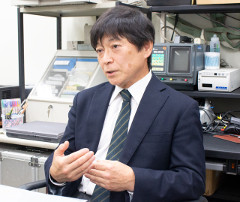 In recent years, the average life expectancy in Japan has exceeded 80 years for men and approaches 90 years for women.

Meanwhile, the “unhealthy period” during which there are constraints to daily living was 9.13 years for men and 12.68 years for women, according to a survey conducted by the Ministry of Health, Labour and Welfare in 2010. It is very regrettable that one must spend about 10 years confined to bed for instance, even though their lifespan has been extended.

It is currently a socially important issue to eliminate the unhealthy period as much as possible and to extend the healthspan as a period of health spent doing what one wants to do unassisted.

While studies are made in various fields such as medical science and biochemistry, there are also activities that we, the general public, can do by ourselves in our everyday lives, which is physical exercise.

For example, one of the factors for the “unhealthy period” is a condition called sarcopenia. It is the degenerative loss of muscular strength and physical ability associated with aging and disease, leading to difficulty with the activities of daily life.

Of course, the weakening of muscles with aging is a natural phenomenon, but it can be delayed as much as possible or recovered to a certain degree by physical exercise.

But as I checked on whether Japanese people have exercise habits or not, the number was low for people in their twenties to forties, while the number rose for those in their sixties and older.

In other words, people lead work-centered lives after graduating from school with less opportunity for exercise, having no physical education classes or extracurricular activities. Then, after retiring from work in their sixties, many of them begin walking and other exercises as they have time to spare and reaffirm the importance of health.

Certainly, walking can be considered an effective aerobic exercise and a good and easy way to make a habit of exercise.

If one better understands physical exercise, one will be able to do the exercise one needs more effectively.

Actually, it is mostly the fast-twitch muscle fibers that atrophy with aging.

The elderly’s inability to lift heavy things or slipping easily or tripping due to a weakening of the strength to raise their legs are thought to be mainly caused by the atrophy of fast-twitch muscle fibers.

An easy way to engage in strength training is to squat. It is an exercise of knee-bending and stretching using one’s bodyweight. It trains the thigh muscles and helps prevent slipping and tripping.

If squats are too hard, it will be enough to just repeat sitting/rising from a chair. Another way will be to sit on a chair and tap the toes up and down leaving the heel on the floor.

This exercise trains the tibialis anterior muscle that pulls up the toes and is useful to prevent slipping and tripping all the same.

Another effective and fun exercise would be to combine strength training with aerobic dance. The jumping and bouncing moves stimulate not only the muscle, but also the bone, having proven to increase bone density.

This exercise is also expected to delay the progression of osteoporosis, a disease at issue in which bone becomes brittle with aging, and lead to the recovery of bone to some extent.

Conducting strength training in parallel with aerobic exercise such as walking is also effective in reducing excess body fat.

For example, aerobic exercise is employed to reduce visceral fat, but doing it in parallel with strength training enables people to reduce fat more effectively. This is because strength training builds muscle mass and helps boost the basal metabolic rate. It indeed realizes a constitution that does not easily gain fat.

If it is hard to do strength training in parallel with walking, it is good to take long strides during walking to increase muscle power output. At the same time, one may also raise the toes of the foot while stepping forward.

By doing so, more load than normal is placed on the legs while walking, enabling the stimulation of the muscle and bone as well as the training of the tibialis anterior muscle by raising the toes.

For example, while visceral fat is considered the cause of metabolic syndrome, fat cells (adipocyte) actually secrete a physiologically active substance called adipocytokine.

Adipocytokine contains what is called the good physiologically active substance adiponectin. Adiponectin has the function of promoting fat burning and glucose uptake and preventing arteriosclerosis by repairing blood vessels.

This adiponectin has the characteristic of being increasingly secreted as visceral fat decreases.

In other words, the continuation of aerobic exercise, and anaerobic exercise, such as strength training, that makes aerobic exercise more effective will decrease visceral fat, which will prompt the secretion of good physiologically active substance, leading to the prevention of lifestyle diseases such as cerebrovascular and cardiovascular diseases.

Furthermore, it has recently been found that physical exercise activates the brain.

For example, muscle secretes myokine which is also a physiologically active substance. Myokine has drawn attention by being shown to lower cancer risk, accelerate immune functions, and reducing the risk of Alzheimer’s dementia.

Recent studies report that the daily continuation of exercise improves the secretion of myokine.

Additionally, human bodily movements are closely related to the brain.

For instance, swinging your arms while walking further activates the brain by making it send messages to both your arms and legs.

It is thought that rhythmical exercise using various parts of the body is effective at preventing such deterioration of the brain.

What is important is to first make exercise a habit 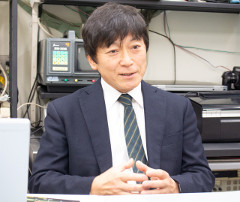 Accordingly, physical exercise can be said to be a very important factor in extending healthspan.

However, as mentioned above, modern people from ages 20s to 40s have the least habit of exercise. In fact, this is a very big problem.

For example, people in youth who do not exercise sometimes have conditions similar to aging. In fact, there are even people in their 20s who have low bone density and are diagnosed as potential sufferers of osteoporosis.

Recently, I often see young people who easily trip or have poor posture with rounded shoulders. One of the causes is the lack of muscular thickness of psoas major muscle, which is the muscle connecting the backbone and femur.

Furthermore, aged people who had not engaged in sports in youth tend to be unable to make exercise a habit. They seem to act defensively toward exercise.

But this would just lead to deterioration of the body as well as the brain.

Just give exercise a try. For example, psoas major muscle can be trained just by raising and lowering one’s legs or holding one’s legs up at 45 degrees for 10-20 seconds lying on one’s back, when waking up in the morning or before going to sleep at night.

Starting with a three-minute walking would be all right. It will be good to gradually increase the load and time. There is no need to push oneself. What is important is to just continue the exercise.

I think that making a habit of exercise appropriate for oneself from youth leads to a healthy and happy life even at ages 80 and 90.