Are you familiar with a policy called the 300,000 International Students Plan? It can be described as a big project that involves not only the Ministry of Education, Culture, Sports, Science and Technology, but also the Ministry of Foreign Affairs; the Ministry of Justice; the Ministry of Health, Labour and Welfare; the Ministry of Economy, Trade and Industry; and the Ministry of Land, Infrastructure, Transport and Tourism as well. It is said that this project, which was launched in 2008, has made steady progress in an effort to accept 300,000 international students. But it has also been pointed out that if we are focused on only numerical targets, we may lose sight of the fundamental issues. 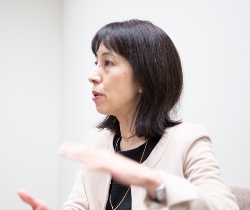 In that regard, it may be said that the 300,000 International Students Plan has progressed according to the aims of the government. In recent years, more international students have been unable to attend classes, as they are choosing to engage in job hunting activities, a trend that holds true for Japanese students as well. As an educator, there are times when I feel that this trend, while it does show that the function of human resource development is being fulfilled, is an indication that there is focus on the trees rather than the forest. But on the other hand, domestic companies that are engaged in efforts to expand overseas or are considering it are welcoming international students, as they see the students as a valuable force, or have great hopes that they will play a role in their diversity management efforts. This trend fascinates me as a researcher of interactions between people with different cultural backgrounds.

There was once a turn of events that was never envisioned in the past. It occurred after foreign workers, who were taking advantage of a government policy, came to Japan. The bubble economy, which began in the late 1980s, caused a serious labor shortage. In response, the government amended the Immigration Control Act in 1990, and restrictions were eased for foreigners of Japanese descent to work in Japan and for their families to come to Japan as well. This resulted in a sharp rise in the number of Japanese Brazilians and Japanese Peruvians coming to Japan. It is said that at one point the number of Japanese Brazilians in Japan in particular exceeded 300,000. Often, these Japanese Brazilians, after arriving in Japan in groups (the trips were arranged by agents), lived together in apartments and condominiums. Entire apartment buildings were rented for the groups to live in. Most of these people worked at factories. Many of the workplaces were places that Japanese workers tended to avoid at the time, as the jobs involved menial labor or working in assembly lines, and few of the workers were Japanese. Since the foreign workers commuted to work on a private bus and lived together in apartments that were rented for them, they had minimal contact with local residents. But in communities where foreigners of Japanese descent lived, two major issues surfaced. One was the conflicts that emerged between them and the local residents, and the other was their children’s education. The reason why the Japanese government had eased restrictions on foreigners of Japanese descent in the first place was because they hoped that they would understand or be familiar with the Japanese language or culture. But the reality was that the second generation and third generation people of Japanese descent, who were in the prime of their lives, spoke very little Japanese and were not very familiar with Japanese culture. Furthermore, the government, who saw the foreign workers as temporary workers, had no policies for facilitating permanent residency. As a result, conflicts with local residents and children’s education emerged as major issues.

Those foreign workers were the first to be laid off following the Lehman Shock. Once the workers were laid off, the agents pulled out, meaning that the workers were no longer able to live in the apartments, which the agents had rented. The workers were not provided with any social security benefits, and some of them had no other choice but to return to their home countries. Furthermore, the Japanese government at the time implemented measures for assisting those foreigners of Japanese descent who had no place to go in returning to their home countries. It can be said that the government saw the foreigners of Japanese descent as temporary workers who would return to their countries if there was no work.

If you want to promote permanent residence in Japan, consider the various possibilities 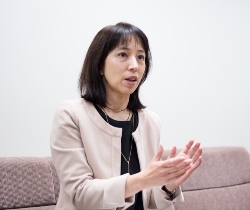 Some have also pointed out that, following the Lehman Shock, the status of this issue concerning foreign workers of Japanese descent became murky due to the increase in people who returned to their home countries in the aftermath of the Great East Japan Earthquake of 2011. There were, of course, many foreigners of Japanese descent who remained in Japan. In communities where those foreigners had lived together since before the earthquake, municipalities have made efforts to resolve issues and have implemented a number of measures. But in looking at the country as a whole, I believe that many challenges still remain.

Another aim of the 300,000 International Students Plan is to resolve such issues, which became exposed when the issue concerning foreign workers of Japanese descent surfaced. Getting the foreigners of Japanese descent to gain a better understanding of the Japanese language or culture will not resolve all the issues. In interviewing international students who landed jobs in Japan, they said that while they enjoyed their time as students, once they joined a Japanese company, they were bewildered by various practices and customs they experienced there. Furthermore, the idea of working for one company for a long period of time, which is prevalent in Japan, is unfamiliar to Chinese people, who account for a large majority of international students, and this has become a cause of concern for the companies that hire them.

Additionally, major issues that are likely to emerge in the future are those concerning marriage, childbirth, and children’s education. If two international students who landed jobs in Japan get married, or if an international student marries a Japanese person, where will they live? In addition, if they have children, where will they raise them, and where will they be educated? On top of that, the custom that children must look after their parents after they retire is more prevalent in China than it is in Japan. If they want to continue working in Japan, what will they do about their parents? Under the current system, relocating their parents to Japan would be difficult. But even if they could be relocated, could elderly Chinese people live in Japanese society? These types of issues cannot always be resolved individually. If the students are faced with such circumstances, what will they decide to do? Some may decide that they cannot stay in Japan. Others may feel that they have no other choice but to return to their country or move to another country, even if they want to stay in Japan. These are issues that are already surfacing in Japan. Furthermore, it will not be long before the issues become apparent, one after another.

Responsible acceptance we need to implement when accepting international students

I believe that the mentality of excluding foreigners one-sidedly (e.g. hate speeches) and permitting the acceptance of foreigners optimistically are both ludicrous . Accepting foreigners means accepting them as members of the community you live in. Achieving that requires considering each other’s issues in a collective effort. This means that the issues need to be considered collectively from the standpoint of citizens of the same community, rather than from the standpoint of the national government or Japanese citizens. In Europe and the United States, there is an approach called citizenship education, which involves educating people so that they are able to serve a role in society as citizens. In the past, the English term citizenship was translated as shiminken or kominken. Now the term is interpreted as a broader concept, and is defined as “what needs to be done in civil society.” The idea of coexistence with foreigners can be interpreted from this perspective of citizenship. I believe that, from here on out, providing this type of education will be important in developing the ability to naturally treat people as members of the same community, rather than labeling them as foreigners or XXX people.