Almost half of the cancer risk factors can be prevented: Be aware of this fact!

Since 1981, cancer (malignant neoplasm) was the leading cause of death in Japan. Cancer tends to be considered an illness that leads to death. While medical technologies and preventive systems have considerably improved over the last decade, it appears that cancer information has not been correctly shared yet, and that there are several problems in health communication in cancer.

About 45% of risk factors for cancer can be prevented 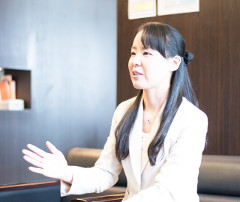 Currently, half of About half of all Japanese are expected to be diagnosed with cancer during their lifetime and it causes roughly 30% of all annual deaths throughout the country. Additionally, I believe that it is generally well known that the number of cancer fatalities have tended to increase, which I think causes people to have an image that cancer is scary, and that those affected will die. I certainly agree that cancer is a serious disease, but it is not as well known that 45% of the cancer risk factors such as physical inactivity, alcohol abuse, unhealthy diet, and smokingcan be prevented. For example, many people know that the “National Cancer Center Japan,” exists, but few people seem to know that the institute actually runs a “Cancer information service” website. This website clearly provides the public with a host of pertinent information such as preventive measures against cancer based on evidence (scientific rationale). Unfortunately, since many people don’t have easy access to this information, it cannot effectively be incorporated into the general public knowledge, and as a result, it is ineffective in leading to the kinds of preventive actions necessary to bring about a notable decline in the number of affected patients and fatalities. This is generally called an evidence practice gap, which essentially means that measures that have been scientifically proven to reduce the risk of cancer are not effectively put into practice. This occurs because there is either a simple a lack of information or accurate information is not properly disseminated. To address this gap, disseminating accurate information is a key step. The mass media have a significant impact in this process.

Reliability of the mass media, as a source of information for cancer is low

A survey was conducted on the general public asking whether or not they were exposed to any information regarding cancer within the last year. Results showed that though half of all respondents were indeed exposed to some information, only about 10% of them were exposed to information that specifically related to preventive measures. The largest source of information is the mass media. The reason for this, respondents pointed out, is because the mass media is, the easiest tool through which to digest and analyze information. Then, in order to examine how the mass media disseminates information, we analyzed the content of the information regarding cancer, which was published in the morning and evening paper of five national newspapers during the last year. The number of newspaper articles was approximately 5,500 in total. Since the same content is oftenly published in each paper, we were unable to definitively judge whether the number of articles themselves were many or few; but it was clear that cancer is a relatively common topic. Among the articles analyzed, those featuring information regarding prevention were about 14% and those featuring information regarding health examinations were about 15%. This means, among all of the information published in newspapers regarding cancer, we found that roughly 70% was specifically dealt with cancer post diagnosis. The percentage of people that acquired preventive information against cancer was about 10%, which may suggest that the information submitted was biased. The exact reason for this has yet to be confirmed, but one reason is that the preventive information itself lacks any real appeal; it is simply unpopular. On the other hand, news about celebrities that have been stricken with cancer routinely attract public attention. For example, news about a male and more recently a female announcer who were diagnosed with cancer after marriage, have been widely reported by the mass media, drawing considerable public attention. Such attractive stories for publicprovide an opportunity to more widely disseminate information about cancer. That is to say, articles about developing cancer, or fighting for one’s life against the disease, are of such high popularity that all mass media will readily cover it. In contrast, the mass media seldom focuses on the cancer preventive information, because of its generally unspectacular nature.

In addition, many people feel that they can easily get cancer information through the mass media, and that it is not only easy to obtain, but also easy to understand. However, in contrast, a survey on people’s trust in mass media reported that only around 20% of the public actually feel any confidence in the information given. For instance, regarding the report on the previously mentioned female announcer’s battle with cancer, audacious speculation and assumptions were spread in relation to that story without a careful examination of the accuracy of the information. There is also a known case of a female talent who went public with her breast cancer diagnosis a few years ago and returned to work after battling with the disease, only for it to later come out that no cancer was actually detected in her first examination. In spite of the mass media’s emphasis on this fact however, she herself still stated that it was highly recommended that people still undergo regular health examinations. This resulted in an increase in the number of women who decided to undergo breast cancer examinations, and consequently, a significant increase in screening waiting times. A female announcer in her 30s shared a story of her experience with undergoing a breast cancer examination half a year ago, highlighting that when she later wanted to get another examination, she was not able to make an appointment. In fact, according to the cancer screening guidelines set forth by the Ministry of Health, Labour and Welfare, the target population for breast cancer examinations is 40 years old and above (of course this does not mean that women in their 20s and 30s are not able to undergo the examination), with the recommended interval between examinations at once every two years. Reporting information on the basis of speculation or surmise, misjudging what content should be reported on, and failing to confirm the accuracy of information that is reported, damages the trust and reliability of the mass media and leaves the general public in a situation in which they do not know what to believe. As such, I believe that it is critical that the mass media take a much more serious approach to what they report and how they report it. 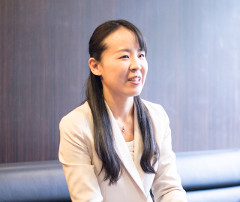 I also believe that it is important for the general public to increase their level of health literacy. Health literacy is defined as having the ability to obtain and understand health information, to estimate which information is true and which is false, to make judgments on the basis of accurate information, and to take action based on this knowledge. In this regard, I personally believe that Japanese are comparatively less able than their western counterparts. For example, cancer screening consultation rates range from 30% to 40% in Japan, while they account for 70% to 80% in the US. In the US, which, unlike Japan, has a medical insurance system that is not particularly beneficial in supporting medical treatment costs, disease prevention and improved health are emphasized from a young age, which may provide some explanation for this difference. Japan seems to now be taking the same route however, and cancer education will start at elementary and junior high schools throughout the country from April this year. Furthermore, I believe that health education that progresses along with the growth and development of high school and university students before entering the workforce and society will also become a necessity. I hope that people will increase their health literacy by learning basic information regarding cancer, that is, not thinking that cancer is somebody else’s problem, having accurate knowledge about the disease, the importance of practicing preventive actions such as the “12 tips to reduce your risk of cancer” and the importance of undergoing cancer screenings which lead to a reduced risk of mortality, even after cancer develops.

As academic researchers, we should consider devoting our efforts to constructing an effective strategy for health communication and its application, especially in relation to cancer?. Health communication refers to supplying necessary information on decision-making to individuals and communities to improve their health, to support decision-making, and to research and apply strategies for communication. To raise awareness regarding information on cancer prevention, we should consider our role to be that as a mediator of sorts between mass media and the medical community. To be successful, however, we must take the initiative in informing both sides of the current situation, and then determine what actions are necessary to improve outcomes by listening their differing opinions and getting them to consider and make pragmatic suggestions. Furthermore, when submitting information in cooperation with both sides, we will examine and estimate the effect of proposed ideas and take initiatives to ensure progression toward the end goal. Such activities, in fact, are already in progress in Europe and the US. In the US for example, the CDC (Centers for Disease Control and Prevention) and the NCI (National Cancer Institute) contributed funding to establish the Hollywood, Health & Society program. As the name suggests, the organization is located in Hollywood, and it is essentially the structure through which experts in cancer research, medical research, and healthcare are able to cooperate smoothly with mass media members and those involved in disseminating health information to provide accurate and timely information to the industry. This has made it possible to transmit effective information through an effective means of expression to promote cancer prevention with effects that can be precisely measured. The US focuses on public cancer prevention as a national project, including through health education from a young age, as described above.

In contrast to the US, in Japan, the mass media often reports information independently, and as a result, I think that information regarding cancer prevention is almost forgotten. However, by eschewing the approach of managerial marketing, which pursues profit, and focusing on the approach of social marketing, which aims to obtain empathy with social claims, information regarding cancer can more easily reach the general public. Of course, advances in medical technology are important in the battle to stop the cancer epidemic but improving health communication is also very important in making the general public aware of these advances, particularly in the field of prevention, and getting them to put proper prevention measures into practice. It is often said that it is “better to leave it to a specialist”, but researchers will certainly find it difficult to consider effective health communication strategies alone. Experts in a variety of fields should come together and make efforts to cooperate, and places of educational should make efforts to increase health literacy in the general public. I believe that if this happens, it would lead to a reduction in both the number of cancer patients, and ultimately cancer fatalities.

* The information contained herein is current as of May 2018.
* The contents of articles on Meiji.net are based on the personal ideas and opinions of the author and do not indicate the official opinion of Meiji University.