Learning from Shibusawa Eichi: His way of life that leveraged various positions and experiences

Shibusawa Eiichi, Tsuda Umeko, and Kitasato Shibasaburo have been chosen as the faces of three new bank notes that will go into circulation in fiscal 2024. These three figures left behind great achievements in different fields but had something in common: they all devoted themselves to human resources development (HRD) by, for example, founding a school. What did HRD mean to Shibusawa Eiichi, who built the foundations of Japanese capitalism? 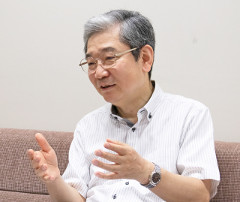 Shibusawa Eiichi is known as the father of Japanese capitalism, but his achievements may not be very well known. Shibusawa made innovations in the tumultuous age from the late Edo period (1603-1867) to the early Meiji period (1868-1912). Businesspersons have a lot to learn from his activities.

Shibusawa was born in 1840 in what is now Fukaya City, Saitama Prefecture.

His family was in the farming class. Although honored in the neighborhood, the family was financially strained. Eventually, however, Shibusawa’s father made a fortune dealing in indigo balls.

Against this backdrop, Shibusawa pursued his studies, influenced by his cousin Odaka Atsutada, an industrialist who later became the first manager of the Tomioka Silk Mill. At the age of 13 he moved to Edo (present-day Tokyo) and began to receive training in fencing at Chiba Dojo.

By definition, Shibusawa was a farmer according to the Tokugawa Shogunate’s four-class system made up of samurai warriors, farmers, artisans, and tradesmen. But he was in a marginal class, so to speak.

The year 1853, when Shibusawa moved to Edo, was also the year when Perry’s “black ships” came to the capital, throwing Japanese society into an uproar.

Through interaction with high-minded people, Shibusawa deepened his knowledge, heightened his awareness, and eventually devoted himself to the anti-Shogunate movement. In fact, he was involved in a violent plot, which was cancelled at the last minute.

In short, young Shibusawa was influenced by and drawn into the movement to defeat the shogunate and restore the emperor. The movement was more like a fad among young samurai.

Ironically, however, Yoshinobu became the 15th shogun and Shibusawa became a shogunal retainer.

Another turning point in his life came in 1867, when he was appointed as a member of the Japanese delegation to the Paris Universal Exposition.

Visits to many places in Europe had a tremendous impact on the 27-year-old man. Obviously, he observed firsthand Europe’s advanced social systems, cultures, and technologies.

While many of the other delegates paid attention to European political institutions, Shibusawa focused on Europe’s economic institutions and systems. This may have had something to do with his family’s experience in making a fortune dealing in indigo balls.

Shibusawa was simply surprised and impressed with how business and the economy worked in Europe. Moreover, he voraciously studied them, including the functions of European corporate organizations and banks as well as the importance of transportation and communications.

In addition to learning through observation, Shibusawa must have met many people and asked them to teach him. Otherwise, he could not have grasped the essentials–the foundations of business and the economy–in such a short time.

He must have realized the importance of growing as a person by teaching and learning through personal interactions, rather than mere information exchanges.

Shibusawa got involved in the foundation of over 500 companies, including Japan’s first bank

Yet another turning point for Shibusawa followed. While he was in Europe, Yoshinobu returned the power to the Emperor, putting an end to the Tokugawa Shogunate.

When Shibusawa and other delegates returned to Japan, Yoshinobu was confined to Hodai-in Temple in Shizuoka Prefecture. Shibusawa reportedly went to Shizuoka to have an audience with Yoshinobu and report on his tour in Europe.

He did not return to Tokyo. In 1869, Shibusawa founded Shizuoka Shoho Kaisho, a company that was like a cross between a trading firm and a finance company. This company dealt in many products, especially products made in Shizuoka, shipping these products from and into the Prefecture.

Extant records show that the company, capitalized at some 295,000 ryo (a unit of money of the time) earned 86,000 ryo in net profit, representing a profit margin of about 30% in relation to the capital.

During this time, the new government set up eight companies with similar functions across the country, all of which failed.

Why did only Shibusawa succeed? The reason has not been fully analyzed; it is clear, however, that by this time around, he frequently exchanged information with such important figures as Minomura Rizaemon, the head manager of the Mitsui family.

His success at Shizuoka Shoho Kaisho caught the attention of the new government, which asked him to work at the Tax Bureau of the Ministry of Civil Affairs, a unit that was later incorporated into the Ministry of Finance. He accepted the offer and worked there.

It was not long before he decided that he could not do what he wanted to do if he stayed within the government, so he left the government job. In 1873, Shibusawa took part in the foundation of the First National Bank and assumed its helm.

This was Japan’s first modern bank. Although the term “national” in its title leaves many to believe that it was a state-run bank, it was founded on private capital.

By around 1879, a total of 153 “national” banks were established across Japan. These banks served as the foundations for industrial capital in many parts of the country, giving a boost to the provinces.

Managers at these newly-established banks had little idea of how to run them in a modern fashion. They rushed to Shibusawa for advice.

One of them was the manager of the 59th Bank, Hirosaki in Aomori Prefecture, who once had been the chief retainer of the then defunct Tsugaru clan. It was recorded that Shibusawa provided this manager with meticulous advice on everything from how to dress to how to behave and speak. In short, Shibusawa warned him not to do business in a condescending manner like samurai.

It is well known that Shibusawa then got involved in the foundation of more than 500 companies in many other sectors, including railways, electric power, and papermaking.

He worked for industrial promotion in these different sectors without focusing too much on individual businesses. This was made possible by his awareness that promoting Japan’s industry required cross-linked development of various sectors, as well as by his clear vision to this end. This is none other than what Schumpeter called “new combination” or innovation.

A rather unknown fact is that Shibusawa spotted talent in Maejima Hisoka–who later devoted himself to building the postal system in Japan–when he was in Shizuoka and recommended him to the government.

Shibusawa recommended Maejima as a capable person who would help him. He was well aware that the strengthening of interindustry relations and the modernization of society required bringing talents together.

When Shibusawa was in Shizuoka, he already began to focus on talents and HRD. This stance led him to his involvement in the foundation of Hitotsubashi University and Japan Women’s University.

Diverse experiences give rise to entrepreneurship 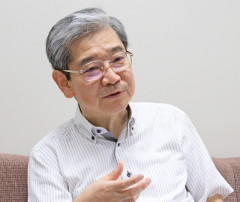 In that sense, Shibusawa was full of entrepreneurship indeed.

If you study industrialists who prolonged the lives of businesses and developed them into large corporations, including Shibusawa, you will learn that they were all great entrepreneurs.

Then, how can entrepreneurship be nurtured?

The fact is, there is no fixed answer to the question. Different persons nurture their entrepreneurship differently.

Yet, as a researcher who has studied many talented industrialists, I know that they have something in common.

That is, each of them has diverse experiences.

Shibusawa, for example, assumed various jobs and positions in a tumultuous age. He was born into an honored family; dedicated himself to the anti-Shogunate movement; became a retainer of the family loyal to the emperor; became a shogunal retainer; went to Europe; lost his job after the Shogunate collapsed; founded a trading firm in the provinces and led it to success; worked for the new government, which had defeated the Shogunate; left government; founded a bank; and got involved in the foundation of more than 500 companies.

Some of these jobs and positions were not things that Shibusawa chose on his own accord. Yet, he took advantage of any opportunity given to him and enriched his experience. Such diverse experiences are a common denominator more or less among the industrialists who have gone down in history.

Conversely, people who went by the rules and played things safe often failed as industrialists.

Feeling surprise and delight at different experiences, asking yourself why, and trying to find the answer will lead you to maturity. Listening to what people have to say with an open mind will expedite the process.

That in turn will make you value human connections and encourage you to foster talents.

Such diverse experiences vary from person to person. There is no set rule whereby such and such an experience gives rise to this or that.

In each experience, it is important to raise questions, identify questions, listen to what others have to say, and gain insight with an open mind to grasp the essence of things. Accumulating such experiences and seeking ways to joining forces (kyoryoku) in a creative manner will nurture entrepreneurship.