With the approach of effectuation of the Trans-Pacific Partnership (TPP) Agreement, there were apprehensions regarding the security of Japanese agriculture. However, a new system that Japan had previously lacked was instituted in June of last year. It is the Geographical Indication (GI) protection system. Although not widely known, this system may very well be a big determinant of the future of Japanese agriculture. Just what kind of system is it?

The system that protected and nurtured agricultural products in Europe 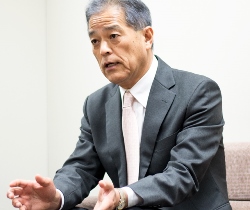 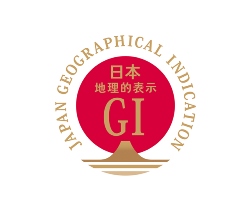 In short, the Geographical Indication (GI) protection system protects both the name of the production region and the quality of its agricultural products. This description makes many people think of the regional collective trademarks consisting of the names of the production region and the product, such as Matsuzaka Beef and Uji Tea. However, there are no standards for the quality of the products registered under regional collective trademarks. Any product produced in the relevant region can bear the registered trademark. In contrast, geographical indications (GI) system is one where products are registered with their production region as well as established quality standards. The government then checks and guarantees the managing organizations of these quality standards. Products already registered under this system may be exemplified by Edosaki Squash, which is produced in the Edosaki area of the city of Inashiki, in Ibaraki Prefecture. Ordinarily, squash is left to ripen in storehouses after harvesting. In contrast, Edosaki Squash is left in the field to ripen for 40 days. The farmers harvest them only after they have acquired higher levels of sweetness and nutritional value under the sun. These are its hallmark features. Even if grown in the Edosaki region, squash that has not been produced through this method cannot bear the GI mark of certification.
This GI protection system originated in Europe. A case in point is Chablis Wine produced in France’s Chablis district, whose soil is rich in minerals. The producers themselves laid down extremely tough rules for the production method, for items including the quality of grapes to be used, the timing of the planting of vines, the method of pruning the leaves, and the temperature conditions under which the grapes are fermented. Only white wine which is found to have been produced in line with these rules through an inspection by the government is permitted to bear the appellation “Chablis.” Consumers can therefore purchase wine labeled “Chablis Wine” with complete confidence.
The GI protection system instated in Japan is in conformance with this European system. This national guarantee of the production region and quality magnifies consumer confidence in the product. In addition, if imitations are discovered, the government can issue orders to exclude them from the market under the GI system. Under the system of regional collective trademarks, on the other hand, the party holding the trademark must make a case for imposition of a ban or file a claim for damages by themselves. The GI protection system may consequently be expected to greatly alleviate the burden which action against imitations imposes on local small and medium production groups.

A strong ally for selling Japanese agricultural products to the world

The benefits of the GI protection system are hardly confined to higher levels of trust and confidence in agricultural products. It is said that once the TPP is effectuated, low-cost agricultural products from other countries will flow into the Japanese market and deal a major blow to Japanese agriculture. However, when viewed from the rest of the world, there is trust and appeal that comes with Japanese food. The protection of this trust and appeal as a brand will presumably push efforts to sell Japanese agricultural products in the global market.
At present, South Korea, China, ASEAN member countries, as well as various European countries are also beginning to instate the GI protection system. Although the system is not exactly the same in all of these countries, the European system forms the basis of international standards. By registering its products in countries that have instated this system, Japan can have their governments protect these products from imitations. For example, Kobe Beef produced in Australia has recently started appearing on menus in restaurants in other countries. So far, it has been difficult to crack down on such cases. From now on, however, if Kobe Beef is registered under the GI protection system in a given country, the authorities in that country will take action against imitations. This is precisely the same as protection of brand-name products.
At the same time, in certain countries, the appellation “Kobe Beef” has come into use as a general term for marbled beef. If this usage takes root, there is a risk that “Kobe Beef” will become a common property of all, and that a Japanese assertion of exclusivity to prevent use of the appellation for other any other beef will not be accepted. Applying for registration of products in various countries one product at a time will take a substantial amount of time. As such, a bilateral exchange of lists of registered products would probably lead to speedier action.
This Australian-produced “Kobe Beef” also exemplifies an attempt to capitalize on the popularity of Japanese food in other countries. Instead of viewing it as a development that will deal a major blow to Japanese agriculture, the effectuation of TPP should be considered an opportunity to sell genuine Japanese products in other countries. The GI protection system will be a strong ally offering solid support for such sales.

It represents a major business opportunity for Japanese agricultural products, which constitute a type of intellectual property 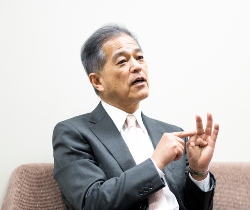 The agricultural products that have been GI-certified are the results of long-standing efforts of trial and error by the farmers themselves to take full advantage of the regional environment and grow better crops. Their production required a great expenditure of time and effort, until they finally gave birth to a quality unavailable elsewhere. As the results of this wisdom and ingenuity, these products are truly intellectual properties. The GI system is what will protect them.
In Japanese agriculture, nevertheless, the idea of common property in a good sense has taken root. The improvement of breeds and varieties, for example, is promoted under governmental leadership, and the new breeds or varieties that result can be freely used by all farmers alike. In many cases, farmers do not realize that exercise of their own ingenuity will be linked to intellectual property rights. For the future, it will be important to have such ingenuity shared among farmers in the region as intellectual property, and to nurture its growth into a business that responds to consumer needs. In addition to the branding of high-quality agricultural products, this will require the promotion of “sextiary sector” (the sum of prrimary, secondory and tertiary industries) by pooling wisdom from other industries and collaborating with other fields such as processing, sales, and tourism.
For this reason, I think it is important for youth who are now pursuing studies in universities not only to acquire competence in their specialized fields, but also to actively interact with students in other departments, as well as develop broad perspectives and constantly discover and absorb new ideas and information. I would like the students of the School of Agriculture to also learn about law and business, and those of the School of Commerce, to experience internships on farms. Through these experiences, I want the students to discover that Japanese agriculture is not a dying industry, and that it could very well transform into a growth industry which will garner worldwide attention. I hope they will also acquire the powers of action needed for vigorous practice of this idea.
In the past, Japanese industrial products swept the markets of the world. But today, unable to emerge victorious in price competitions, manufacturers are developing products offering something extra that set them apart from competing products. Similarly, patented products and copyrighted contents have become the strong points of Japan. Japan cannot win in international competition unless it combines the generation of wisdom with the manufacturing of goods. The same applies to agriculture. Japan must develop agricultural products boasting high levels of quality that only it could attain, and turn this into a business. The GI protection system will undoubtedly prove to be of great assistance in this effort.