Is the real threat to Asia not China or North Korea, but Japan?

After the Japan-U.S. Summit in November 2017, Japan promised to purchase various expensive military weapons from the United States. Threats such as North Korea’s nuclear development program was seen as a major reason for this move, but the U.S. has since made North Korea promise to abandon its nuclear weapons through the U.S.-North Korea talks in June 2018. Considering this, some have pointed out that Japan seems to lack a concrete vision for the future for what it plans to do.

Was it a U.S. strategy to fuel the threat of North Korea? 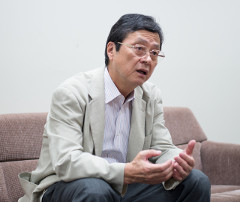 “Globalization” is generally perceived as something positive, but I believe that it can also be called “Americanization,” because in reality, it is in many ways about spreading the capitalistic American style of business around the world. As its basic principle is competition, companies are striving to develop technologies and reduce costs, and as a result, those companies that win the competition are increasingly gaining entry into the wider global market. Ironically, it was America’s old-style manufacturing industry that began to lose in this competition. The existence of the Trump administration may be interpreted as a form of response to the resulting social dissatisfaction and expectations of the unemployed. However, it is not easy for even the Trump administration to save the old-style manufacturing industry, so as one of the measures to reduce the enormous trade deficit, the idea of selling expensive weapons has emerged. Originally, the U.S. defense industry had grown very powerful, to the point that it can be said to have wielded significant influence over policymaking. Since the Cold War ended however, the industry was forced to shrink because the nation’s military budget had been continuously and drastically reduced since the mid-1990s. At the time of the Cold War, there were about twenty business groups in the defense industry, but the industry has been realigned by M&As and restructuring, and the number has been reduced to about five business groups in recent years. The weakening of the defense industry has likely alarmed the Department of Defense, and with the need to reduce the trade deficit added to the situation, it has led the U.S. to promote the sale of military weapons. Japan and South Korea provided a perfect market.

The so-called maritime expansion of China and the nuclear development program of North Korea have been contributing to rising tensions in East Asia in recent years. Regarding them as a threat, and fueling the tension further would make it easier for the U.S. to sell military weapons to Japan and South Korea. This motive further matched that of the Abe administration, which wanted to advance the Japan-U.S. security cooperation more than was actually necessary. Consequently, the Abe administration publicized the threat of North Korea vigorously and justified the purchase of expensive high-performance U.S.-made military weapons. However, it is doubtful that the U.S. was really anticipating any breakout of hostilities in East Asia. In reality, there is great public opposition in the U.S. toward increased defense spending and the possibility of a war that would likely cause the deaths of many American military personnel. Even during the Iraq War in 2003 for example, more than half of the U.S. troops deployed to the region are said to have been mercenaries. In other words, it is more advantageous for the U.S. to fuel the threat of a certain country, thus prompting its neighbors to buy American-made military weapons, than to start a war itself. When we consider these points, even though it seems that the Abe administration is cooperating with the U.S. in order to promote its own policies, we could say that in reality, it is being artfully manipulated by the U.S.

Japan is purchasing weapons on terms dictated by the U.S.

Actually, fueling a sense of threat towards a certain country by its neighboring countries is not the only means the U.S. is adopting to sell its military weapons. Another means is conducting joint military training with these neighboring countries. In such training, a common system must be utilized between the U.S. and these countries in areas such as command structure, leaving the latter with no choice but to purchase American-made weapons. However, I believe that the Japanese side, along with senior officials in the Japan Self-Defense Forces (JSDF), understand this mechanism, and still wishes to strengthen the joint security framework with the U.S. The Japanese side, particularly the Abe administration, may have thought that in this respect, its policies would match the demand of the U.S. side perfectly.

However, some in Japan’s business community are voicing complaints. Traditionally, when Japan was purchasing American-made military weapons, it was done in a form in which Japanese companies would pay a license fee to produce the weapons themselves. This meant that the U.S. could utilize Japan’s reputable IC technologies, and conversely, Japan could learn about American technologies. However, at the Japan-U.S. Summit last fall, the two countries came to an agreement based on the state secrets law, which is an agreement that rejects the licensed production method and allows the Japanese government to proceed with weapons purchases from the U.S. government behind closed doors. In other words, it is as if the Japanese government is buying the weapons on terms dictated by the U.S., and private-sector businesses are in a position where they have no say or hand in it. As a matter of fact, although it is not commonly known, major Japanese companies in the businesses of heavy electric equipment, transportation, and communications are also engaged in the development and manufacturing of military weapons and parts. Just as the U.S. business community is trying promote the defense industry in an effort to offset the decline of its manufacturing industry, Japanese companies are also in the process of building a structure where they are promoting defense-sector manufacturing as a means to compensate for their diminishing international competitiveness in private-sector manufacturing. In that sense, the direct trade between the governments of Japan and the U.S. may become a major problem in the future.

Is Japan becoming a threat to Asia? 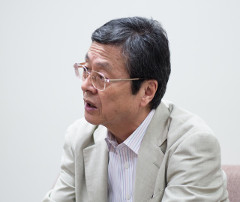 Furthermore, Japan’s military expansion may develop into a bigger problem. In the first place, why does the Abe administration have to adopt such an entirely U.S.-leaning policy? Of course, it can be explained by the fact that Japan is positioning the U.S. as a powerful security partner, but a more flexible way of thinking is needed. For instance, Asian countries have been strengthening their economic ties with China rather than with the U.S. Japan, which has become too close to the U.S. and has a sour relationship with China, could become isolated in Asia if it stays on its current course. Indeed, on top of being a country with a military capability said to be ranked sixth in the world, Japan is proceeding with its military expansion by acquiring American-made high-performance military weapons, causing it to become another threat to Asian stability along with China. Even though Japan calls its policies exclusively defensive, this claim is not entirely trusted in the eyes of the Asian countries that have a history of being invaded by Japan. Whether it is to heighten security or to build military strength, military expansion prompts further military expansion, a phenomenon often referred to as the “security dilemma.” In other words, it brings about a repetition of counteractions in which countries take a series of reactionary moves designed to check one another, leading to a state of sustained strain in bilateral relations. Rather, it is more important for the Japanese themselves to first recognize the ways in which post-war Japan has earned trust, and in what sense it is considered dangerous. Considering the significance of Article Nine of the Japanese Constitution, which has not allowed Japan to take any direct military action for more than seventy years following the War, and in considering the spirit of the pacifist constitution, we ourselves need to once again ask what kind of vision we can have for the future with our entirely U.S.-leaning policy.

Apparently, Japanese people working for trading firms in Asian countries are often asked by the locals about what it is that Japan wants to do. For people in Asian countries, Japan has a disquieting existence. That is because Japan’s foreign policy has no firm vision, and the Japanese people themselves seem not to know what it is they want to do. After endlessly insulting the country and fueling the sense of threat felt toward it by its regional neighbors, the Trump administration has now made North Korea promise to denuclearize, which may bring about an easing of tension in East Asia. This is because Asia is a huge and attractive market for the U.S. Everything that the U.S. has done has been part of a strategy to gain a foothold into that market, but what can be said of Japan as to what it was doing in the meantime? Thinking that its policy is matching that of the U.S.’s, and continuing on with its military expansion without a strategy (consequently making itself a threat to Asia) would be such a poor outcome for Japan.

The implementation of the TPP11, from which the U.S. has withdrawn, will provide a good opportunity for Japan to think about its position. It is a chance for Japan to reconsider its entirely U.S.-leaning foreign policy and consider building reciprocal relationships in Asia, rather than trying to become a sole winner. To that end, it is important for Japan to have a broad perspective and to try to coexist peacefully with other Asian nations based on its pacifist constitution which has allowed it to cultivate trust after the War. It is under such a vision that Japan should conduct economic and cultural diplomacy based on equality and reciprocity.

Living in Japan tends to make us indifferent to the developments in both Asia and the wider world, but I hope each of us citizens will become more interested in the situation that Japan is in, and in the moves that it is making. When we do, we will then be able to develop a perspective through which we can consider various issues currently arising in the world as related issues. For example, the fact that the Trump administration fueled the threat of North Korea, the fact that the Abe administration aligned itself to that move, and the fact that the very same Trump administration is about to bring an easing of tension to East Asia. When we have the perspective to consider these issues as being related, it will allow us to see the heart of things. This will lead us to consider such questions as whether or not the current Japanese government has a vision for the future, and whether or not that vision will make us, Asia, and the world happy. We will also begin to understand that in order to have a vision for the future, what is important is for each and every one of us to take an interest.