Sex, Love and Marriage through the Prism of Japan’s Social Structure

Sexlessness is sometimes highlighted as a factor contributing to the recent decline in the birthrate. In the Annual Population and Social Security Surveys conducted by the National Institute of Population and Social Security Research in 2010, 36.2% of unmarried men and 38.7% of unmarried women in the 18-34 age bracket stated that they had no sexual experience. The root causes of this vary, but the social structure of postwar Japan is likely to be a contributory factor.

The Factors Contributing to Sexlessness: It’s Not Just That People “Can’t Be Bothered” 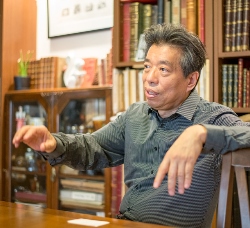 Sexlessness has come to be regarded as a problem in recent years and one keyword associated with the phenomenon is “mendokusai,” which means “I can’t be bothered.” Young people of today in particular have an antipathy to anything that seems like too much bother. Incidentally, the romantic love that is a precursor to sex is, by its very nature, bothersome. If one is averse to that, it stands to reason that one’s life will be sexless. So does that mean that they experience no sexual desire? Not at all. What they do instead is engage in virtual sex. Rather than engaging with a flesh-and-blood person, with all the bother and effort that entails, it is easier and more enjoyable to indulge themselves at will with images and videos and objects, which do not involve any responsibility. Otaku (obsessive fandom) culture is booming and Japan is seeing an increase in both the number of “herbivore men” and the number of women who are more passionate about their work than about men.

However, this situation is not simply the responsibility of individuals. It is said that Japanese people are clueless about romantic love, but Japan traditionally had no custom of marrying for love. That is why doctors and the like would act as intermediaries in arranging marriages during the Edo period (early17th to mid 19th centuries), while during the Taisho and Showa periods (early to late 20th century), there were many people who would act as go-betweens in matchmaking for the express purpose of marriage. If we look at Japan’s unique family structure, we can see why the basic foundations of love were not laid in Japan.

Most of modern Japan’s culture and customs were formed during the Edo period; this is also true of the family structure. Japanese families can be categorized as stem families centered on the parent-child relationship, with one of children continuing to live with their parents even after marriage three generations them, living together. This style was the norm until the war. After the war, there was a sudden influx of American liberal values and the nuclear family, in which children lived apart from their parents, became prevalent. These American values included the culture of relying on love in order to find the partner with whom one would form one’s own independent family. However, Japan has no custom of freely marrying for love.

This is because, in the Japanese version of the stem family, priority was given to the survival of the family line. The character that represents the Japanese word yome, which roughly translates to “bride” or “wife,” is made up of two components: the character for “woman” and the character for “home” or “family,” symbolizing the fact that, for men, a bride was a woman who came to live in the family home. Marriage and childbearing took place for the purpose of ensuring the survival of the family line, so there was no need to marry for love. Although love was a value appreciated during the Heian period (late 8th to late 12th centuries), when customs such as tsumadoikon (duolocal marriage) existed, continuing the family name became more important once Japan became a samurai society; in the Edo period, people even went as far as adopting a son-in-law or married couple into the family to continue the family line. In other words, the purpose of marriage was to ensure the survival of the family. It is therefore only natural that Japanese people became clueless about romantic love. Although the custom of marrying for love was introduced to Japan after the war, I believe that it is difficult to force it on Japanese people, as the basic foundations for romantic love have not been laid. Incidentally, the word (concept) “yome” does not exist in the liberal cultural sphere of the nuclear family.

The Japanese Character Should Be Seen in a New Light 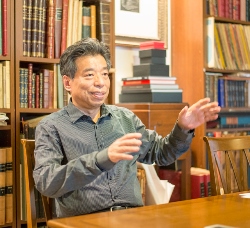 After the war, liberal and individualistic values were introduced to Japan, but the Japanese character cannot be changed that easily. The nuclear family has certainly become more prevalent, but the family structure in which three generations live together is going to be transformed into a collective illusion. One can see this from the fact that the organizational structures of schools and companies are being modeled on a quasi-family structure of three generations living together. Such organizational structures can also be seen in political parties and professional baseball teams. In fact, in the realm of communal illusion, the archetype is preserved even more strongly. Business structures in South Korea, Germany, and Sweden resemble those of Japan more closely than do those in the U.S. and France, which is because those three countries have the same stem family structure as Japan.

After the war, Japanese society introduced individualism and liberalism in name only, without changing its fundamental nature, and the distortions arising from this can be seen not only in sexlessness, but also in a variety of areas of society. For example, as part of its measures to counter the declining birthrate, France decided that it would also guarantee the right to social security for children born out of wedlock. As a result, the proportion of children born out of wedlock rose to 52.6% in 2008. *From the Annual Health, Labor and Welfare Report 2012-2013. Although this system itself began only 20 years ago, France has traditionally regarded the state as being responsible for raising children. From olden times, abandoned children and the like would be placed in Catholic monasteries, where they would be raised. Today, France’s social security systems relating to women and children could be described as the best in the world, with excellent childcare facilities in each region. Thanks to this, women successfully combine childbirth and bringing up children with work as a matter of course. What underpins France’s individualism is the formation of a rock-solid communal society.

So what about Japan? While there has been talk for quite some time about aiming to create a society in which women can play an active role, the chronic shortage of nurseries and day care centers remains unresolved. However, Japan actually did once have something that supported women in bringing up their children: grandparents. When three generations of a family lived together, women were able to go back to work after giving birth, leaving their children in the care of the grandparents. Just as liberal, competitive societies such as France have enhanced their social security systems to support the vulnerable and those who fall behind, Japan was a communal society focused on blood or regional ties and therefore had a mutual aid mechanism. Having forsaken this tradition, there was no way that the token introduction of liberalism was ever going to be a success.

I do not know what kind of society Japan is going to build in the future. However, just as the Japanese character does not change that easily, it will not be a simple matter for Japan to construct the kind of communal society that France has cultivated over centuries. In fact, it would perhaps be better for Japan to turn its attention to the uniquely Japanese customs and culture of the common people that Japanese society abandoned after the war. In terms of the problem of sexlessness, Japan does not have by its nature a culture in which individuals actively pursue love for the purpose of marriage. That is why the custom of matchmaking via a go-between emerged. I believe that matchmaking has a place even in modern society. Rather than overt mechanisms such as gokon parties (a form of group blind date), I mean the kind of matchmaking unique to Japan, carried out through the good offices of a go-between, by which even a person who is not very proactive about love can create a sexual relationship. I believe that this will prove to be the salvation of sexless Japan.

* The information contained herein is current as of November 2015.
* The contents of articles on M’s Opinion are based on the personal ideas and opinions of the author and do not indicate the official opinion of Meiji University.