What is more effective than staging strikes in achieving better working conditions?

Labor strikes are so common in France that they are considered to be one of the key features of the country. In contrast, walkouts are rarely seen in Japan, at least in recent memory. Many people may not know that staging strikes is a legitimate right of workers provided for by law. Let us take a moment to review what strikes are all about. 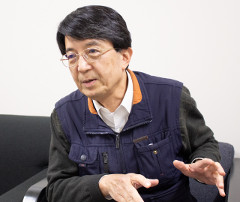 Recent years have seen few labor strikes in Japan, where even labor unions seem to have an image of walkouts as wrong.

Article 28 of the Constitution of Japan, however, guarantees the so-called three major labor rights: the right to organize, the right to bargain collectively, and the right to dispute. In other words, union activity, as well as staging strikes, is far from wrong; it is a legitimate right of workers.

In fact, the notion of the rights of workers was born out of the situation where they had no choice but to work under a systematic regime that was built on factory labor, an outcome of the industrial capitalism of the 19th century.

More specifically, workers, driven to the wall by inhumane working conditions in terms of pay, working hours, safety, and hygiene, stood up and protested these conditions even if that meant resorting to violence. Such opposition occurred in the United Kingdom, Germany, France, and Japan.

At first, employers and governments countered violence with violence or tried to rein in workers’ opposition as an illegal act. Yet they failed to control these workers by force; rather, their action invited social disorder.

Consequently, all these governments began to mull over what to do.

They started off by legislating against poor working conditions. A case in point is the minimum wage law.

The law sets the minimum wage and does not recognize any labor contract under which the worker is paid less than that even if he or she agrees to it. The same is true for working hours. In short, life, health, and human rights come before the will of the contracting parties.

The system of setting minimum working conditions without leaving them to labor-management agreements is in place in all developed countries.

However, each worker is a flesh-and-blood person. It is practically impossible for such a single worker to bargain with his or her employing organization on an equal footing.

In short, an individual worker is in a far weaker position in the face of tremendous knowledge and capacity of the organization.

Workers came to realize that they needed to organize themselves in order to bargain with their employing organizations on an equal footing. This notion led to the legislation that allows workers to organize labor unions.

In short, collective bargaining is the essence of labor unions. At the center of their activity is bargaining with employers to improve working conditions.

The first step a labor union takes to this end is to reach a consensus among its members on a concrete demand to their employer, for example, a wage raise of a specific percent.

Once a specific demand is agreed on, the labor union calls on the employer to sit down at the negotiating table. The employer is required to negotiate with the union considering the right of collective bargaining as guaranteed by the Constitution.

This does not mean, however, that the employer must accept every demand from the union. The employer may refuse to make any compromise.

Labor-management negotiations may bog down, so labor unions are given the right to strike as negotiating leverage.

Since workers stop work in a mass, the employer’s operations come to a halt, making it unable to generate revenue. This is a major blow for the employer.

While, striking workers are unable to receive wages during the walkout because they stop work. They cannot continue their strike forever even if the employer is determined not to make any concession.

In short, a strike poses a risk to both management and labor. As such, there is not much point in actually staging a strike. A strike is more of an apparatus that prompts both sides to find a compromise through negotiation to avoid such risk.

Historically speaking, however, many of the working conditions we enjoy today have been obtained by labor strikes.

For example, a series of strikes that broke out in the U.K. in 1868 led to the establishment of the Trade Union Act and other legislation that granted the right to strike.

The eight-hour day is now taken for granted, yet American workers staged strikes to demand this standard in 1886. Such strikes gave rise to what is now known as May Day.

The year 1886 also saw the first labor strike in Japan. Women working at a spinning mill in Yamanashi Prefecture revolted against long working hours and wage cuts. Women called for better working conditions soon after the factory labor system was established in Japan. 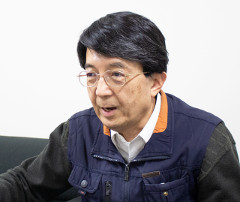 In Japan, labor strikes were rampant during the period of rapid economic growth of the 1960s and 1970s, sometimes reaching as high as 10,000 annually.

However, they are rarely seen nowadays. Why?

There may be several reasons for this, one of which is that many of the labor unions that organized strikes were government workers’ unions, especially those at Japanese National Railways (JNR).

These workers were civil servants or quasi-civil servants, meaning that their employment was guaranteed: however often they staged a strike, there was no chance that they would be fired, that their salaries would be cut, or that the public corporations they worked for would go bankrupt.

Under these circumstances, their demands were less concerned with working conditions and rather based on certain ideologies and ideals; they were often political in nature.

What is more, workers in the public sector had no right to strike in the first place. In short, their strikes were illegal.

Against this background, strikes by government workers’ unions often failed to obtain the sympathy of workers in the private sector and often invited resentment from them.

More recently, public corporations such as JNR, the Nippon Telegraph and Telephone Public Corporation, the Japan Tobacco and Salt Public Corporation, and Japan Post were privatized. In the process, the government established the Japanese National Railways Reform Act, temporary legislation that allowed for unfair labor practices (interferences with labor union activities) by the state. Seeing this legislation in action, the Japanese public came to feel rather nervous about union activity.

From then on, the image of strikes as evil began to take root in Japan.

In many other countries, however, workers walk out as a matter of course; they just exercise their rights as workers.

In Paris, for example, the majority of citizens support striking workers even if this means that their garbage is left uncollected, making the street untidy and smelly.

One reason for this is that a system is in place where better working conditions gained by labor unions through walkouts are applied to all workers.

In short, demands from labor unions easily earn the sympathy of people other than union members.

In many countries, labor unions are organized by the industry, not by the employer, as is often the case in Japan.

In Germany, one of the powerful unions is IG Metall, which brings together some three million metalworkers from across the country. The members of IG Metall are employed by diverse companies, ranging from automakers such as BMW to metal instrument manufacturers.

The members belong to the same labor union as workers in the metal industry. Their employers organize themselves into an industrial group of their own and engage in collective bargaining with this labor union.

In sum, workers in many countries in the world know that individual workers are in a weaker position in relation to their employers, that they thus must come together and negotiate with them, and that the working conditions obtained through this process must be shared among all workers. These principles are cherished and practiced in these countries.

In Japan, by contrast, labor contracts are considered membership contracts.

In other words, being a worker means being a member of the company he or she works for. To retain such membership, workers in Japan become increasingly obedient to their employees over time.

For their part, employers in Japan try to take good care of their employees – their obedient members, unlike their businesslike counterparts in the West.

This is how close human relationships are formed. This may be a strength of labor-management relations in Japan.

However, such close relationships may result in paternalism, in which employees are increasingly of the idea that their employers or the government will take care of their grievances and that they do not need to act on their own.

Nowadays, however, with the intensifying international competition, companies increasingly cannot afford to maintain the membership-based relations as in the past. How should we workers cope with this new state of affairs?

One viable approach may be to follow the example of many countries, that is, to strengthen labor unions and assert their rights.

Employers should take that to heart in running their business. Workers, for their part, should not be just content with demanding better working conditions from their employers. They should also ask themselves how they can earn professional skills that allow them to become independently minded workers who have no need to cling to their employers.

Recent years have seen recurrent education gain increasing attention. People are increasingly encouraged to continue their learning after formal schooling to hone their existing skills or acquire new ones.

Demanding better working conditions from employers and achieving them through improving professional skills at the same time – this is one new approach we workers are encouraged to adopt going forward.