The recent case of a 7-year-old boy being left behind in the mountains as an attempt at parental discipline, who subsequently became lost and was discovered and recovered 6 days later, has attracted much public attention. The news has apparently caused many mothers to question their child discipline: Can I be abusing my child? Let’s review the issues of childrearing in detail. 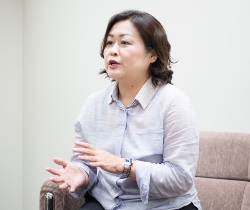 Attachment theory can be used to understand the relationship between parent(s) and child. Attachment—described as aichaku in Japanese—is a biological mechanism that all living things have, including humans. It is a strategy of survival for an individual life form with limited resources to live under the protection of a stronger, mature being. For example, a baby cries when it is hungry or lonely. This is because that baby is in a physically critical state; i.e., hunger, or experiencing the emotional crisis of being lonely. The attachment system starts from such crisis situations or moments of anxiety, and the act of crying is the attachment behavior. Upon hearing the baby cry, the mother or another caregiver understands that it is in a critical situation, and feeds or soothes it. The coming of the caregiver, or attachment, changes the baby’s state to a comfortable and safe one. Then the baby develops a sense of trust and feels safe with the caregiver. What is important in this mechanism is that while attachment is a survival strategy for babies, it is also a process of building trust for the caregivers who create a secure environment, and developing self-esteem and a positive self-image that make them feel that they are worth the care and an important being. In short, attachment is a basic mechanism of human life and has a significant impact on human growth and personality development.

Abuse can severely traumatize individuals and cause generational chain abuse

Now, let’s discuss a case where a child is only allowed an insecure attachment relationship due to abuse or other reasons. A child may not be able to receive the protection of a rearer—or may even be attacked—when he or she manifests an attachment behavior to rely on the rearer in the event of a crisis situation. Repeated incidents of such abuse cause the child to think that everyone is going to harm him or her, making the child incapable of trusting others. The child sees the world as a dangerous place, considers himself/herself worthless, and distances himself/herself. This may lead to the inability to seek help when in trouble, and/or turning his or her back on—or even attacking—those trying to help. Furthermore, being unable to construct a positive self-image, such a child may be discouraged from taking on challenges, daunted by the preconception that he or she is going to fail anyway, and give up easily. Recent research has revealed that abuse experienced in infancy can leave a serious trauma and adversely affect brain development. To give an example, the region of the brain responsible for memory and emotions becomes underdeveloped, which can prevent proper self-control of emotions and behavior, a state similar to attention-deficit hyperactivity disorder (ADHD).

What adds to the problem is the generational chain of abuse: When an abused child grows up and becomes a parent, he or she may abuse their own children or fail to develop a healthy parent-child relationship. Of course, not all people with child abuse experience grow up to be abusive parents; 60% to 70% of such children overcome their grueling experience and practice good parenting. However, about 30% of such children, for example, may feel that parenting is onerous or feel anger towards or be indifferent to their child’s demand for comfort and contact. Because an abused parent has been forced to suppress many different desires during infancy, including the desire for attention, he or she thinks it is normal for his or her own children to restrain themselves, which prevents the abused parent from keeping pace with the child and makes the parent feel that the child is in the way of keeping his or her own pace. In some cases, while the abused parent intellectually understands the importance of responding to his or her child’s need for comfort and contact, he or she is unable to naturally accept the child, being prevented by emotions such as bitterness, sorrow, frustration, and anger experienced from suppressing the desire for attention.

Support is key for abuse-free childrearing 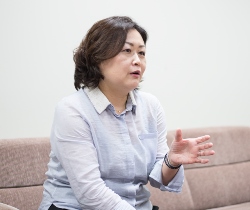 In fact, this kind of support is also very important for people in general, and not just people with insecure attachment. In Japan, childrearing is still mostly considered a mother’s job, but the level of stress from taking on child care on her own is extremely high. This stress can be alleviated simply by, for example, even when it is the mother who changes the baby’s diapers and feeds the baby, the father being close by and saying compassionate words of understanding and showing appreciation for the hard work, or offering to take on some of the childrearing responsibilities. A simple, but warm sense of interest and attention can relieve the stress of child care put on mothers. The condition where the mother has to face the child on her own and do every child care task alone can create stress that compromises the control over emotions, which consequently reduces the quality of involvement with the child and can even lead to abuse.

Attachment is often misunderstood as a one-on-one relationship between a child and parent(s), but it is known that the quality of attachment with the child is actually improved when the adult is attached to feels that he or she is supported by his or her spouse or partner. In recent years, gender equality has been emphasized, and the term “childrearing men” has been positively used. I want to step this up a little further: to develop the awareness that child care is the responsibility of society as a whole. When parents feel that their childrearing is being supported, supervised, and backed up by society in addition to their partners, the quality of their relationship with children improves.

I have recently received many questions regarding the difference between discipline and abuse, possibly triggered by the recent news of the child abandoned in the mountains as part of “discipline.” The answer is very simple: keep the parents’ feelings and intentions out of the equation and consider your actions from the child’s point of view, whether the action hurts the child emotionally and/or physically. When you are using expressions that claim the reason for your anger and spanking to lie with the child (e.g. “It’s because you are doing something wrong”), you are being emotional and unable to control your anger, which keeps you from realizing that you are hurting your child. If there were more eyes and helping hands around the parents, parents as well as children can be saved even at such times.