The United Kingdom (UK) voted to leave the European Union (EU) in a referendum, and negotiations for the UK’s departure will be started now by new British Prime Minister May. Since relations between Japan and the UK will be impacted depending on the course of the negotiations, I think many people have an interest in the matter. However, if we get too preoccupied with immediate matters, we may lose focus of what is important. By looking back once again on the EU’s history, the true nature of this problem may be revealed. 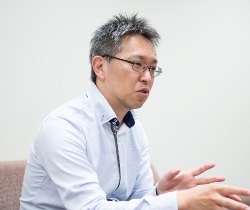 The EU has not only the aspect of an economic integration that creates a single market, but also a strong mission to prevent wars from ever happening again in Europe. It was founded out of the stark experiences of World War II. It is said that during the war, not only ten million soldiers but also civilians, nearly thirty million people in total lost their lives. That is not all. In Germany, there was genocide (the holocaust) against the Jews. Since the beginning of modern times, European people had been conscious of being the center of the world, proud of their most advanced cultures, and being superior to people of other regions. However, the crimes they committed during World War II were atrocious. The feeling of remorse was not only held by Germany but also shared by other countries in Europe. I think this feeling of guilt and redemption led to the strong will to unite Europe. If international politics is based on the concepts that countries cannot be friends and wars cannot be avoided between nations, it is the EU that has challenged these concepts and tried to unite Europe to avoid wars between nations.

Of course, it was not so easy to unite the European countries. It took a very long time before the EU was founded, with various diversions. While the first step was the forming of the European Coal and Steel Community (ECSC) seven years after the end of World War II in 1952, it was difficult to politically unite the countries from the start; so to proceed with economic matters, the European Economic Community (ECC) was formed in 1958; and as a merger of these communities, the European Community (EC) was established in 1967. Aiming to build a single market and achieve political unity, the EU was finally founded in 1993. The accumulation over almost half a century of matters that defied the conventional wisdom of international and interstate relations is also the history of the EU.

Sentiments rooted in history differed between the EU and the UK

During the period after World War II, the UK kept a distance from Continental Europe, and pursued its own independent path. However, falling into financial difficulties caused by decolonization, etc., the UK finally bid for membership in the EEC in the early 1960s, but was met with France’s opposition, and was at long last approved membership of the EC in 1973. The reasons for the UK wanting to join the EC were economic, with a strong motive to maintain its national power. Since the UK had not been involved in the crimes committed by Europe during World War II, it is no wonder that the UK felt that it should not have to take part in a redemption project of Continental Europe. The differences in sentiments rooted in history between the UK and Continental Europe continued to create a barrier in the subsequent UK’s relationship with the EU.

The main factor behind the decision of the British people to leave the EU, I think, is the widening inequality in the UK. Today, as globalization expands not only in the EU, economic disparity is widening within different countries. The number of people left behind as economically vulnerable is not negligible, and these people are deepening their sense of antagonism and resentment against the wealthy minority. In the UK, as people who have benefited from the EU become the wealthy elite, the EU has become some kind of a symbol of wealth, causing antagonism and resentment to be directed at the EU. For example, highly-educated people who speak French, German or other languages are able to do business energetically moving freely within the EU made possible by the EU’s system. By contrast, less educated people who speak only English cannot do business outside the UK unable to receive the EU’s benefits, resulting in further widening of economic inequality. In fact, people who voted to remain in the EU were mainly financially fit young people living in urban areas, while those who voted to leave the EU were mainly economically disadvantaged working-class people living in more rural areas.

Furthermore, the malfunctioning of the EU’s economic policy as revealed in the Greek debt crisis, the EU’s changing refugee policy, etc. has caused the feelings of resentment and distrust that British people originally had against the EU to grow. However, from the EU’s point of view, the UK’s withdrawal from the EU is a major incident that may cause the accumulated history of Europe and the whole world associated with Europe after World War II to diminish.

France also has unstable elements, making withdrawal negotiations difficult for the EU side 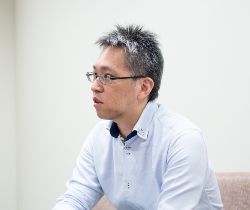 The EU, founded out of regret of World War II, is definitely a good thing. But, not everyone considers it to be good. The EU’s virtue lies in its concept, but for many people the concept is not as important as whether the EU is of benefit to them. The decision made by the British people that the EU is not good and is of no use may cause other people to regard the EU’s very concept to be wrong and come as a harsh blow to the EU’s raison d’etre. Furthermore, while Japanese people tend to view European countries as having their own histories and cultures and being wealthy, countries other than the UK, France and Germany are economically and geographically small countries. There is a limit to what a small country can do alone. However, Europe, having created a history of confusion in national borders for better or worse, created a common culture. For this reason, besides the concept, it was thought that the European countries could unite and obtain profits that a single country could not obtain. This thought is currently being jeopardized by the UK’s vote to leave from the EU.

Negotiations between the UK and the EU on the UK’s departure will now commence. Japanese people tend to think that the UK will follow a thorny path in its decision to leave the EU, but I think that it is the EU that will likely have difficulty in steering the negotiations. German Chancellor Merkel has warned the UK that there will be no “cherry picking” in the negotiations, but if the EU should demand severe conditions that will deteriorate its relationship with the UK, the anti-EU feeling growing within the EU countries may be provoked further.

In France, there is the National Front, a political party that was founded in 1972 and started full operation in the 1980s. In the beginning, assertions by the extreme right party, which upholds anti-immigration and anti-EU policies, were dismissed as unfocused by the French people living by the motto of “liberty, equality, fraternity” since the French Revolution along with strong memories of World War II. However, in the 2002 presidential election, the party president Jean-Marie Le Pen made it to the runoff election between the top two candidates, and shocked the whole world. Currently, his daughter Marine Le Pen holds the presidency of the party and is gaining broader support. Since the party is expected to put up a good fight in the presidential election to be held next year, it has even been said that the party may perchance win the election. In 2017, the negotiations for the UK’s departure will be held in parallel with the French presidential election. Should the EU go wrong on the negotiations with the UK, it may get into an extremely critical situation coupled with the results of the French presidential election.

We may forget the past, but the past won’t forget us (from the movie “Waltz with Bashir”)

We tend to think that the reality before us is something that has occurred naturally in the course of time and that it will not be destroyed so easily. However, when we look at history, we can see that the present is the result of the accumulation of various wisdom of mankind. We should not forget this fact. If we should forget it, the things we believe cannot be destroyed will be destroyed. It is not a natural occurrence that Europe, in which countries fought the most severe conflicts on earth before the middle of the twentieth century, has become a peaceful and safe region since the end of World War II as though the conflicts had never existed. We should not forget the original concept of the EU and decide the future only by the interests before us. I think we historians must explain how the reality before us has been brought about in understandable terms.