We have two options to prepare aged meat: dry-aging and wet-aging 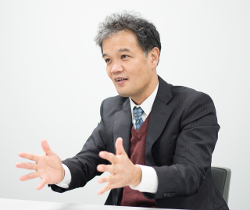 Do you know what kind of the meat is “the aged meat,” which we often hear of in everyday life? You may have an upscale image compared to common meat, but in fact, aged meat is not clearly defined. Normally beef is not put on sale immediately after slaughter, because it does not taste good at that time. It is stored in a refrigerator for roughly 10 days, and during which the meat will acquire delicious taste. Taking a period of 10 days after slaughter could be called a kind of aging, but we do not refer to it as aged meat; it is the common beef sold at a supermarket, etc. We generally refer to meat sold after passing through an additional period of 10 days as aged meat. If that was the case, you may consider that all meat should be stored until it has aged most delectably, but there is a problem with this approach: if the meat is placed in a refrigerator as it stands, it would spoil after around 20 days. Therefore, a method, aging, is employed to make a delicious aged meat.

There are two kinds of aging, and dry-aging is one of them. In Europe and the U.S., it has been conducted from time immemorial. Many people would have seen its image, etc. in which employees of the meatpacking company hang a lot of beef in a big refrigerated room. The details depend on the butcher, but by hanging the meat for roughly from 2 to 3 months, fungal species which regularly inhabit inside the refrigerator adhere to the surface of the meat and prevent invasion of bacteria, resulting in the progressive aging without spoilage of the meat. The point of dry-aging is to keep environment inside the refrigerator favorable for the fungi that adhere to the surface of the meat and adverse to the bacteria that cause spoilage. Accordingly, a great deal of care is needed, including maintaining temperature and humidity in the refrigerator, installing an air circulating system to desiccate the surface of the meat, and blowing wind with fans.

The other aging method is wet-aging; this method completely prevents the growth of microorganisms by packing the meat under vacuum. This operation followed by a storage taking from 20 days to 1 month in a refrigerator ages the meat without spoilage. This wet-aging method seems to be employed mostly in Japan. Compared to dry-aging, the meat is aged in a shorter period and becomes tasty; however, it is said that aged meat prepared by dry-aging has a pleasing flavor and texture. At the beginning I mentioned that the term “aged meat” has no definition; this is because there are two kinds of aging processes, and there are no rules about, for example, how many days the meat should be stored, and what management should be applied during the aging. Consequently, various types of aged meat are coming on the market. Even if consumers wish to eat aged meat with a good flavor and texture prepared by three-months’ dry-aging, it has become difficult to judge the quality of the meat.

Collaboration between different fields, with a meatpacking company

Actually, meatpacking companies are also at risk when preparing aged meat by dry-aging. Firstly, three months are required as an aging period. By wet-aging they are able to perform shipment three times in a 3-month period, but by dry-aging, only once. In addition, there are some food safety issues. The inside of the refrigerator where the meat is aging is inhabited by not only desirable fungi, but also various other microorganisms. No matter how they provide the optimal environment for growth with the fungus which is desirable to adhere, other fungi also adhere — for example that are Mucor-like fungi, and when they are growing on the surface of the meat is wrapped with a whitish, fur-like mycelium coat — actually, vermilion and green microorganisms grow here and there and the surface looks quite sparse. It will be desirable if Mucor-like fungi grow ahead and suppresses the growth of bacteria and other molds, but for fast-growing molds and bacteria, “first come, first served” applies, so that dry-aging is always associated with risks. In addition, when the meat is prepared for shipment, the surface containing the white part of Mucor-like fungi are trimmed by 1 cm to 1.5 cm. Due to the loss of weight by trimming, the aged meat prepared by dry-aging, of course, inevitably becomes expensive.

When I learned of such issues from the representative of a restaurant business, who firstly had an interest in “aged meat” and now, as my partner, has helped me develop “Aging Sheet,” I considered that, from my viewpoint as an expert in microorganisms, is it possible to properly take advantage of the superior fungus grown on the aged meat. Certainly, livestock science and applied microbiology are originally different research fields, and there were few chances to collaborate with each other. Since I have been interested in grasping the research on microorganisms from a broad viewpoint, I got started with industry-academia cooperative research. As a result, a product “Aging Sheet” was born.

“Aging Sheet,” a product making use of the research outcome 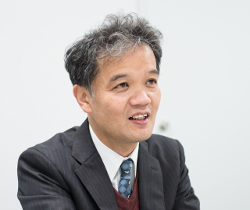 When I sampled fungi that inhabit his aging room, and I immediately found superior fungus on the surface the meat. In the aging room used over the years, various fungi grow, including this one. All I have to do is to take measures so that, among them, the intended fungus would be made to grow firstly on the surface of the meat by artificial means, not leaving the choice to nature. For that reason, I prepared spore suspension from the fungus at high concentration, and initially I sprayed it to the surface of the meat with an atomizer. However, by such spraying growth of the fungus was non-uniform on the surface of meat. Taking into account that it would be commodified in the future, it must be an operation that everybody can perform well in the same manner. For this, I had my eye on cloth. In fact, the meat immediately after slaughter is wrapped with cloth during storage for 10 days in order to transfuse drip that comes out from the meat. I thought, however, it could go well by wetting the cloth with a spore suspension prepared from the Mucor-like fungus. A laboratory-scale experiment which used a small piece of meat wrapped with a small piece of cloth was successful; the fungus grew rapidly on the surface of the meat and the aging progressed. It is sufficient as a laboratory experiment in a university, but this time is an industry-academia cooperative research project, so we must eventually complete it in the form of a product. I wonder whether we are able to make a high-concentration spore suspension into which big piece of cloth to wrap a big piece of meat can be soaked, and whether the spores contained in the suspension can practically adhere to the big piece of cloth. The cloth soaked in the suspension is heated when drying, but the limit of the growing temperature for the fungus is just over 20°C, so I wonder how high a temperature the spores can resist. Clearing the various hurdles in order to develop it as a product required ideas and know-how that differ from pure research. Even so, my students worked with interest and accomplished development of “Aging Sheet,” which is probably the world’s first aging method, after roughly one year of a substantial development period.

“Fermentation-aged meat” is coming to be sold on the market

Firstly, the advantage of “Aging Sheet” is that the spores adhered to the cloth grow so much that they completely cover the meat within around 10 days. Consequently, dry-aging, which previously took three months for aging, has come to need only around one month. In addition, the risk of growth of other microorganisms has markedly reduced by covering the meat with the fungus-impregnated cloth. In fact, significant improvements have been achieved in the aging period and the risk of safety, which was the biggest problem for dry-aging. Furthermore, shortening the aging period would provide an advantage that trimming only a thin layer of the meat surface is sufficient, which means less weight loss.

Regarding its taste, the main point, a professional cook also gave us a comment that it is good meat. Based on estimation using a machine which measures elastic force of foods, initially the meat is springy, and at a constant tension the connective tissue in the muscle is snapped off, giving a texture similar to that of high quality aged meat prepared by dry-aging. For me, as a researcher, I think that the characteristics of the aged meat prepared by Aging Sheet can be best explained using this numerical data.

* The information contained herein is current as of December 2017.
* The contents of articles on Meiji.net are based on the personal ideas and opinions of the author and do not indicate the official opinion of Meiji University.