Can Brexit be a step toward the UK’s new successful history?

On June 23 of this year (2016), with 52% of votes in the referendum, the United Kingdom (UK) voted to leave the European Union (EU), which became big news. On July 13, Ms. Theresa May became the new Prime Minister and launched withdrawal negotiations with the EU. What is the UK aiming for and what will happen to the relationship with Japan? Let’s take a look at British history.

The British Empire kept its distance from European countries 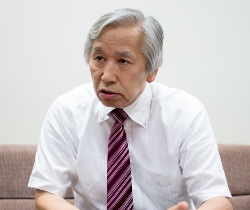 Throughout history, some countries took the world by storm, but it is from the Age of Exploration that European countries attained supremacy. In the 16th century, Spain and Portugal moved into South America. In the 17th century, the Netherlands moved into Southeast Asia, based around the Dutch East India Company. At first, the UK got a late start, but through annexation of Scotland in 1707, it became a great enough power to defeat the Spanish Armada and move into India while also repeatedly fighting against the Netherlands. In 1840, the UK won the Opium War to gain Hong Kong from China. In addition, the industrial revolution took place in the country from the middle of the 18th century through the 19th century, enabling the UK to attain supremacy not only in naval power but also in the economy with such a force they came to be known as the “factory of the world.” At that time, it was the British Empire who reigned over the world.

Meanwhile, on the European Continent, the French Revolution took place at the end of the 18th century, and Napoleon swept through Europe. Germany was finally unified in 1871, and dragged Europe into hostilities during the First World War (1914-1918), which began in 1914. In this way, conflicts and chaos continued. At the Paris Peace Conference after the War, the UK proposed to prevent excessive humiliation on Germany and to demand a performable amount of reparations. This proposal obtained support from the United States (US), while it outraged France, which had suffered great damage from Germany. France insisted on a great amount of reparations to contain Germany completely. The total of the reparations ended up being 132 billion gold marks. This is a huge amount which was 2.5 times larger than the gross national income of Germany in 1913. In 1923, Germany filed for insolvency, and the UK showed an attitude of acceptance regarding an extension of payment, while France kept a firm attitude. Therefore, the decline in the value of the Deutsche Mark continued, and the inflationary trend was aggravated across the country. In 1924, the exchange rate reached as much as one trillion to one. The despair, rage and hostility of the German people invited the rise of Nazism, which resulted in the Second World War to bring Europe into submission by force.

Over the history of the European Continent, bordering countries have continually fought against each other. However, the UK, which lies off the Continent and had attained supremacy over the world, was in a different situation from such European countries. From Japan, the UK looks as steady a member of Europe as France, Germany and Italy, but it can be said that the UK has kept its distance from other European countries. Churchill, one of the UK’s old Prime Ministers, said soon after the War that Europe had no choice but to form a unified state. This phrase points out European history and Europe’s situation while representing the UK’s situation of looking down at Europe from some distance. This is the background behind the UK voting to leave the EU in 2016.

The UK joined the EU for economic reasons

After the Second World War, momentum toward actually integrating Europe increased. First, in 1952, the six countries of France, West Germany, Italy, Belgium, the Netherlands and Luxembourg set up the European Coal and Steel Community (ECSC). This was an organization for joint management of coal and steel because over the course of history, battles for resources had often developed into war. The ECSC was the first European organization, which can be referred to as the threshold of European integration. In 1958, the European Economic Community (EEC) was set up. In 1967, the ECSC, the ECC and the European Atomic Energy Community (EURATOM) were integrated to give birth to the European Community (EC), the predecessor of the European Union (EU). At that time, the UK did not join the EC.

By looking at European history, you can tell that European integration has an economic aspect as well as a political/security aspect. France, promoting the integration, had a powerful ulterior motive to contain their neighbor Germany and prevent it from ever becoming violent again. The UK’s motive was not as powerful as France’s. Rather than Europe, the UK emphasized connections with the US, which came to attain supremacy over the world in the 20th century instead of the UK, and the countries of the British Commonwealth including former colonies. From the 1950s, however, nationalization of industries was advanced by Labor policies, when the UK’s industries competitiveness in the global marketplace declined, and the UK’s economy slowed down. This was the time of “British disease.” Therefore, counting on the accessible European markets, the UK joined the EC in 1973. It can be said that this choice was successful. Coupled with the “Thatcher Revolution” of the 1980s, the UK’s economy headed for revitalization. That means the UK joined the EC only for economic reasons, and did not have any motive to create a confederation of states like France. In fact, the UK, having memories of the British Empire, which attained supremacy over the world, could never hand over its national sovereignty. This attitude is prominently visible in the fact that when the EU was set up in 1993, based on the EC, the UK did not join the adoption of the Euro, though they did not leave the EU. The right to issue currency is an important sovereign authority. The UK will not give it up.

Japan should look over the UK’s diplomatic negotiations calmly 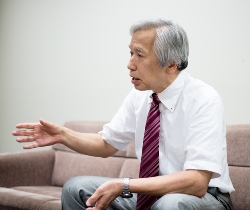 The collapse of the Soviet Union in 1991 had a great impact on the EU. In 2004, former communist countries were quick to join the EU, and the EU was enlarged. Taking advantage of this, Germany, suffering from a labor shortage, built factories in East European low-labor-cost countries to raise production efficiency. However, problems also arose. The EU fundamental principle is “free movement of persons, goods, services and capital.” In accordance with this principle, people from former communist countries came to move to other countries seeking a job or a richer life. Actually in the UK, there are 800-900,000 immigrants from Poland. This swelled the social burden on the UK. The EU membership ended up causing a burden on the UK, which did not have a motive to integrate with Europe from the beginning, rather joining the EU for economic reasons. This situation triggered a protest among the people, which resulted in them voting to leave the EU.

However, the withdrawal is not without a few disadvantages. First of all, the “single passport rule” (whereby a financial institution holding a license from any country within the EU can conduct its business anywhere within the area) becomes inapplicable due to withdrawal from the EU. The City of London, which was quick to deregulate finance and built its position as the “financial center of Europe,” will lose this position. It is important to take countermeasures. In addition, the UK was the window on the EU for Japan and other English-speaking countries. These countries built factories first in the UK, where communication can take place in English, and marketed the products produced at these factories to the EU markets. Japanese companies have also made a large investment in the UK. However, when tariffs are imposed on exports from the UK to the EU, that’s no longer going to happen. New investments in the UK will decrease. The UK’s finance minister has said that corporate tax will be reduced as soon as possible, but further measures need to be taken.

Even so, the withdrawal could produce positive effects. For this purpose, it is important to develop a new framework. First of all, withdrawal negotiations with the EU need to progress well. The Canada-EU Comprehensive Economic and Trade Agreement (CETA) will be helpful to the UK. The UK should also aim at building a relationship with the EU that will make transactions easier by reducing tariffs like CETA (without the free movement of people). In addition, the UK has a brotherly relationship with the US, with which the EU has taken a lot of time to finalize negotiations, so the UK can more easily develop a new trade agreement framework with the US, also involving the British Commonwealth countries. If able to do so, the UK could have a greater opportunity than that to be taken by remaining in the EU.

The result of the referendum in the UK surprised Japan, which was pervaded by pessimistic speculation. Overreaction to bad news is one of the national characteristics of Japan, but we should now look calmly and carefully to see the UK’s response. After that, we had better build a new relationship with the UK. The withdrawal negotiations will take two years. Japan should look over the hard-nosed British diplomacy process calmly and closely.