The Fukushima Daiichi Nuclear Power Plant accident triggered by the Great East Japan Earthquake in 2011 caused us to consider nuclear energy more deeply. However, I wonder if we really have had the right discussions about nuclear power generation these past four and half years. We need to think why we cannot have the right discussion. 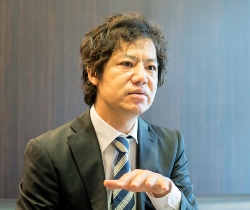 The Fukushima Daiichi Nuclear Power Plant accident made us think about various things. Although nuclear power promoters with closed-off nature stressed the safety of nuclear power plants, a product of our scientific capabilities, was perfect immediately after the accident, it turned out that they were completely helpless against the force of nature and people clamored for the abolition of nuclear power plants. It is true that a risk of accident is one aspect of nuclear power plants. However, we have to admit that emotional overemphasis on the risk has stopped our thought in such a way that “it would be okay as long as they are safe.” Excitement grown by being preoccupied with imminent issues makes it difficult for us to notice essential problems underlying those issues, and generates a situation where we find that nothing has changed after all. Actually, now that four and half years have passed since the accident, while some local citizens near nuclear power plant sites whose reactors have been shut down after the accident protest against the restart, some welcome it in terms of economic expectations. Some of those who are looking forward to the restart seem to be aware of the risk of nuclear power plants, but they have given up taking actions for safety and remain silent. The situation may be worse than it was before the Fukushima accident. Why has the situation gotten worse? It may be because, these four and half years, we have been preoccupied with technical proximate causes of the Fukushima accident and have failed to consider social and economic remote causes, and have not had the right discussion with our thoughts stopped.

Research of nuclear energy was originally started for military purposes. Looking back at the history of nuclear power plant development, it was globally started in the 1950’s for peaceful utilization. Japan also caught the tide, as it thought that one status of an advanced country is to control nuclear energy technology for peaceful utilization and it was Japan’s right. Since electricity was essential for the postwar reconstruction and growth, nuclear power was considered to be a technology expected to promise the future of Japan, a resource-limited country. Since then, Japan has improved its unique technology and promoted the development of nuclear power plants. Meanwhile, even though the U.S. and the former Soviet Union, where serious nuclear accidents occurred, slowed down their development, Japan had never stopped it. It is true that nuclear power plants gave Japan a status as a country of science, but on the other hand, it was also a symbol of Japanese society which prioritized the rapid growth of businesses and industries and put “human lives” on the back burner.
After the nuclear power plant accident at Three Mile Island, the U.S. has been very careful about development or introduction of new nuclear power plants. They seek to secure the safety of nuclear power plants by clearly defining safety objectives; namely, risk analysis of cancer possibilities in neighborhood residents and measures to reduce the possibilities. Scientists in the U.S. probably have a perception that scientific development comes with significant social responsibilities. Such a perception is a standard among the world’s advanced countries.
How about Japan? After the Fukushima accident, the Nuclear Regulation Authority was established and they set up safety standards stricter than ever before in preparation for the restart of the nuclear power plants. Unfortunately, however, they are regulations for “starting reactors.” Upon restarting Sendai Nuclear Power Plant in Kagoshima, Prime Minister Abe said that there was no problem because the Secretariat of the Nuclear Regulation Authority made the decision. His comment gives us a nuance that there is a policy based on the assumption of the restart and the Secretariat of the Nuclear Regulation Authority is responsible for it. In such a situation, the causes of the Fukushima Daiichi Nuclear Power Plant accident are simplified by attributing them only to technical issues, and this leads to a confusion of responsibilities and the accident will eventually fade away without our learning lessons from it. 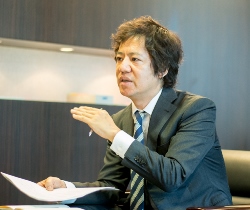 The safety of nuclear power plants cannot be secured, no matter how meticulously the Nuclear Regulation Authority carries out an investigation. What are necessary are not only their investigation results, but also various viewpoints in terms of the scientific capabilities and technical capabilities of today, risks which may occur in spite of those capabilities, measures to be taken at that time, the next-generation issues, advantages to operating reactors in spite of those risks, etc. We must extract “what we cannot discuss with today’s science” from these various viewpoints. The most important conviction which serves as the core is never to look away from “human lives.” Discussion of human lives should be prioritized and political decision is the last one necessary. Germany has decided to abandon nuclear power. France, which used to rely on nuclear power for more than 70% of its total energy, has decided to reduce the rate to 50% or less. Each of these decisions is supported by serious political judgment made by policymakers after various discussions.
We, the citizens of Japan, also need to think about the energy issues from the standpoint of citizens. Natural energy sources are safe but unstable, so we may not be able to maintain the current living standard with them. However, is that standard really necessary for us? Isn’t it a need created to be in line with supply quantity calculated by those who make a profit by selling electricity? We should review our lifestyles to determine an electric quantity which is truly necessary without waste. It may be better if there are other energy sources to supplement natural energy sources on that occasion.
I believe that establishing a mature society in which we can hold a multilateral discussion that puts a top priority on “human lives” and make an important decision in light of the discussion will lead to our own development which does not allow the Fukushima Daiichi Nuclear Power Plant accident to fade away.

* The information contained herein is current as of October 2015.
* The contents of articles on M’s Opinion are based on the personal ideas and opinions of the author and do not indicate the official opinion of Meiji University.