The trend towards the hollowing-out of Japan’s manufacturing industry has dealt a major blow to local regions. As such, regional companies are carrying out various different activities in order to survive. These initiatives and the products born from them are not only reinvigorating local communities, but also contain hints for sustaining Japanese society in the near future, when the labor force will decline as a result of the declining birthrate. 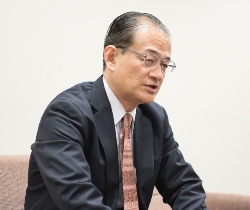 Over the past ten years, the reinvigoration of local communities and regional revitalization have been brought up for discussion frequently, and a variety of policies have been set forth to support local communities and regional small and medium-sized enterprises. This comes against the backdrop of an ongoing trend in which major industries within Japan are being hollowed-out. For example, the textile and other industries have been pulling away from domestic production one after another. Japan’s current industrial scope of textile industry has contracted to around 1/10 – 1/20 what it was, taking the Bubble Era in the early 1990s as the ‘golden age’ for this. This trend of hollowing-out is rapid and is having a major effect, especially to the point of creating so-called company towns. What is more, this hollowing-out trend is conspicuous even among long-standing local industries. By way of example, Iida City in Nagano Prefecture is well-known as a production site for the mizuhiki (decorative cords made from twisted paper) that are a traditional Japanese implement. But by the 1960s, mizuhiki produced in China had already begun appearing. Now, the majority of the daily necessities that we purchase are mass-produced in China or Southeast Asian countries, even things like long-standing Japanese implements. In recent years, support related to agriculture and protectionist policies have been frequently brought up for discussion amidst the TPP and free trade movements. But the manufacturing industry continues to be buffeted by free competition at the global scale, as it has from before. Such trends have led to the hollowing-out of domestic industry, and have dealt a blow to regional economies. In these local regions, one frequently hears opinions to the effect that the government should be quicker in rolling out support policies. Having said that, it is not the case that regional companies have just stood idly by doing nothing. They have continued to evolve their businesses and create new value by moving forward with developing new markets and branding their products in an effort to survive.

Companies are passing down their founding spirit and mentality as traditions

I feel that brands have two sides to them. The first is how good the quality and performance of the products themselves are, and the second is the brand of the company or organization. Having the confidence and credibility where people think that only a certain company can perform a certain job ties directly in to developing one’s corporate brand. When I look at the companies that are hanging on in local regions, I see that they are boosting not just one or the other of these brand capabilities, but both of them. There is a tool manufacturing company that I am well acquainted with in Sanjo City, Niigata Prefecture. From the outset, Sanjo City has been a region where blacksmithing has constituted the local industry since the Edo Period. This company was ahead of other companies in focusing on the importance of product design. Since the 1960s, it enticed famous designers to join the company and studied design know-how in its pursuit of new concepts and beautifully-formed products. Together with this, it was quick to develop a market in the United States and succeeded at extending his products to places like home centers that handle DIY products. Users recognized their high-quality, and as of now it has expanded its market to more than 20 countries throughout the world as it has developed into a brand that is famous globally. This company’s appeal does not lie solely in its products, but also in the company itself. For example, when the employees go home at the end of their shift they do not say “Thank you for your efforts (otsukaresamadeshita)” to one another, as is customary in Japan. Instead, they say, “Good night (oyasuminasai)” before heading home. This is because when the company was founded, the employees who had finished their shift would take company baths and eat dinner together with the president’s family, and so the emotional core of this custom has been passed down as a tradition. What is more, the workplace consists of an environment unlike any you would find at a major company. Since there are limited workers at the site, the division of roles that each and every employee must handle is sizable. As a result, this enhances the personal relations between employees and creates the sense that the work they do is rewarding and produces a sense of accomplishment.

There are still many regional second-tier companies and SMEs that have this sort of family-like atmosphere. At present, companies are being called upon to maintain structures for creating workplace environments that are easy to work in. This includes universal design, equal employment opportunities for men and women, as well as the inclusion of vulnerable people and minorities. Long-standing local industries have had such workplace environments since the very beginning. This sort of corporate style should be reappraised to see it as part of the “Made in Japan” brand. Japan should increase its number of foreign employees in the future, particularly given its shrinking labor force. Such corporate style would serve as a model for giving such people the impression that Japan has an environment that is easy to work in. 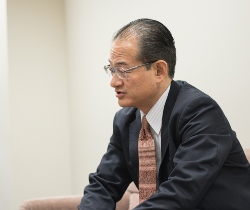 When I visit such regional companies, I see companies that are developing these sorts of brand capabilities and boosting their corporate strength. Yet conversely, I also feel that many companies are lacking in self-awareness and the power to innovate. Self-awareness and the power to innovate do not refer to being swayed by the mass media or common beliefs. Rather, these refer to the abilities to soundly recognize one’s own value in society and being able to innovate this to keep up with the trends. For example, with corporate management there is a tendency to focus on physical resources like equipment and capital, or human resources such as personnel. But it is necessary to accurately determine the various types of know-how and other sorts of management resources that have been developed and amassed in-house at a company, and be able to generate ideas in order to harness this in a manner suited to the trends. These management resources which are difficult to see visually precisely contain their value in society, as well as their strengths and weaknesses. Firmly grasping this should allow one to carry out initiatives that accurately accommodate social developments and trends. Now and then you will see companies that are developing their ideas into products and services without having attained this recognition. Similarly, it is also important to soundly recognize the local resources unique to each region. For example, the vast farms of Hokkaido offer a soothing sight to city people in and of themselves. With this recognition, one could conceive of using this for enormous rice paddy artworks and field artworks. The enormity of the scale at play here has excellent value as a tourism resource unlike any found in other regions. Failing to get a grasp of such local resources will tend to make people wish for the impossible, or result in town renewal that is only capable of cashing in on booms. I feel that in order to burnish such powers of self-awareness, it is beneficial to enlist the perspective of a consultant or other third party.

With wide-ranging initiatives, there is a strong sense of purpose to protect local regions

There are still a great many proactive initiatives being carried out by regional companies. For example, one thing I experienced at a growing company that I actually got to visit was their friendliness. It is easier to visit companies that treat you in a friendly manner, and for the company this increases their opportunities to interact with the outside world. As a result, this makes it easier to obtain a variety of information, and the company will surely obtain a great deal of invaluable information as part of this. Therefore, some companies do not just wait for visitors, but have mechanisms for proactively inviting people. For example, such initiatives include setting up touring courses within their factories or adding showrooms right next door. Others include holding industry fairs opening up companies to the local public. The Kawasaki District is currently famous for its nighttime factory cruises, which the Ube region of Yamaguchi Prefecture had been carrying out since even earlier. Creating these sorts of opportunities has made lots of people curious about and take an interest in these companies and regions. In reality, it is said that among the visitors are buyers who come in order to inspect the factories as well as young people who are searching for jobs.

In recent years, the West has actively been working to incorporate the IoT into production lines, with some people arguing that this is a threat to Japan. My personal opinion is that Japan’s production lines are already among the best in the world. Even before the adoption of IT, Japan had been devising clever ways of automatically halting production if defects were found as a form of fail-safing through the use of mechanical contrivances. While this is little more than an amusing anecdote now, in the days before smartphones, factories devised ways to install phones on their machinery so that they could confirm that the machinery was operating using cell phones. Now it is natural to connect machinery up to a network. What is more, in recent years progress has been made in developing the ultimate in fully-automated production. This is because, while automation has conventionally been carried out in order to make things easier for people, as the labor force continues to shrink in the future it will be necessary to mechanize even those tasks that it had previously been thought impossible to accomplish without human intervention. The people at the machinery manufacturers in the Tsubamesanjou District of Niigata Prefecture are aiming to complete this in two to three years down the road for themselves as well.

I feel that efforts for the survival of regional companies have come to take on a sense of purpose in terms of not only safeguarding the company itself, but their local region as well. My thinking is that such sincere thoughts and hopes lead to actual practice, which in turn leads to regional revitalization. However, now that Japan has transitioned into an era of low-growth, they do not have to tell a story of how they will continue developing from small-town factories to major companies like they did before. Strong companies that are reliable and have a high level of quality continue to increase in number in local regions. I think this is what is truly needed in terms of underpinning both Japanese society as a whole, as well as the Japanese economy.