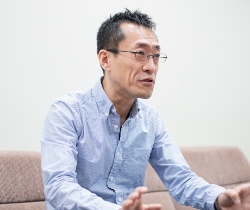 About three years ago, I posted an article in the university’s public relations magazine reviewing the Japanese manufacturing industry based on architecture theory, which is a theory that has been discussed mainly by Professor Takahiro Fujimoto of the University of Tokyo. Rather than simply classifying products by industry, such as automobiles and electronics, it is a way of looking at the details of the design stage of products and dividing design ideas and specifications into two categories: “integral,” which indicates products that cannot perform well enough to satisfy customers unless each part is designed optimally, and “modular,” which indicates products that can be created by assembling standardized parts. When you review Japanese products based on this theory, you can see that Japanese manufacturers are still strong in the integral category on the world market. Products that typify this category are automobiles and motorbikes. Conversely, in recent times, Japanese products have been forced to withdraw from the desktop computer market, which is typically a modular product. Simply put, in the three years since I posted that article, it is not that the entire Japanese manufacturing industry collapsed, but rather it is still not good at manufacturing modular products. Although the specific reasons for Japanese companies not being good at manufacturing modular products are unknown, there are still ways to increase the competitiveness with these products. A hint is to review the concepts of hit products; that is, review the importance of problem finding abilities of hit products.

The iPhone is an example of one product that is a hit globally. The iPhone was first launched in Japan in 2008. At the time, Japanese manufacturers saw that, except for the multi-touch function, the functions installed on the iPhone were already on their products, and, furthermore, there were functions on their products that the iPhone did not have. Therefore, Japanese manufacturers expected that the iPhone would not be competitive. However, users showed a different reaction. What was crucial with the iPhone was that it enabled users to use the touch screen and operate each application intuitively. Japanese-made smartphones also connected to the Internet through such services as i-mode back then, and users could use various applications. However, these applications could only be operated by fixed hard keys. You may remember typing on hard keys to compose emails and check train transfers. Furthermore, as each application functioned with the use of different buttons, users had to learn how to operate each application. Nonetheless, users took it “as it is” and therefore did not feel inconvenienced. However, Apple focused on the fact that optimal operation of applications through the use of a touch screen would make applications easy to use and presented this to users. The iPhone discovered problems that even users themselves did not notice, and this lead to the iPhone becoming a hit product.

What we need to focus on here is that neither the touch screen nor input methods that change for each screen was a new technology. For example, bank ATMs were already using touch screens, and the screen changed depending on the menu to input passwords, and deposit and withdraw money. Therefore, users were able to operate ATMs intuitively without a manual. However, there was no smartphone that used this system. At the time, Japanese manufacturers looked down on the iPhone in comparison to its specifications and number of functions with their products, and did not understand the problems the system that was used in the iPhone solved nor its essential qualities. It is of course important to develop new technologies and improve specifications. However, we consumers are not paying for technologies or specifications. After all, products are for solving inconveniences or problems in society and making our lives more convenient and enjoyable. Sometimes products that discover and solve problems that even users have not noticed become accepted by consumers and competitive. Technologies and specifications are only methods to solve problems.

These examples are not only limited to overseas products. The first model of the Walkman released by Sony in 1979 broke the stereotype that we listen to music in our house and created a new lifestyle of listening to music anywhere we want. However, the Walkman did not have any special new technologies; in fact, quite the opposite, it eliminated the recording function and speakers from existing compact playback devices. Sharp, which was acquired this year by a Taiwanese company after a financial struggle, released their LCD Viewcam in 1992 and it was a hit, even though it was so big and heavy that users needed to hold it with both hands and not a small and light product that was mainstream in the 8 mm video camera market at the time. The reason for this was that the Viewcam had a large liquid crystal display. It broke the conventional stereotype that users would record video while looking through a small viewfinder and playback the tape by connecting the camera to a TV. Moreover, it broadened the enjoyment of video cameras by discovering and solving a problem that even users themselves did not think was a problem: being able to watch the video right after it was shot. Sharp did not present their highly sophisticated liquid crystal display technology as a specification but rather as a new problem-solving method. This is why users became excited by the LCD Viewcam and paid for this excitement.

It is a weakness and great challenge for the current-day Japanese manufacturing industry to find these problems and create products that lead to excitement. However, this does not mean that Japanese planners or designers are inferior to others. There are Japanese designers who work at overseas companies. They have different viewpoints from other people, vivid imaginations, and the ability to see the basic essence of issues. Many of them may be slightly eccentric in a way. In short, companies must have management that can take advantage of these eccentric people. However, it is very difficult to judge the feeling of excitement as it cannot be expressed quantitatively by numbers. Compared to the feeling of excitement, it is easy to judge the merits of specifications or functions. It is also easier to judge things with existing values by reducing size, weight, and so on. However, it is difficult to judge new values as there is nothing to compare them to. These products must be judged not based on merits but rather preferences. It has to be the heads of companies who do not deny the excitement and new values as it is difficult to judge them, but rather judge them appropriately and make decisions to commercialize them even if they are risky. Sony and Sharp used to have these management capabilities and the world was interested in them because they manufactured products with a vivid imagination. 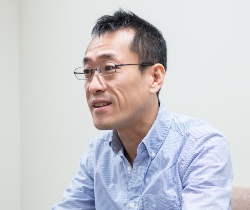 In my opinion, it is not acceptable to distinguish between the sciences and arts to nurture human resources who would create products with new concepts and problem finding abilities in the future. Engineers are required to have planning and designing capabilities, and planners and designers are also required to have technical knowledge. In fact, the American university system emphases cultural and liberal arts education regardless of the department, and specialized education begins in graduate schools. It is important for human resources both at manufacturing sites and in management to have a broad perspective and understand diversity. Therefore, the School of Commerce at Meiji University is adopting a double core system for students to select two courses, one specializing in commerce and the other in liberal arts. I think that it is our responsibility as an educational organization to teach problem finding abilities in this educational environment.