In 2016, the number of live births in Japan dipped below one million for the first time since statistics began being collected in 1899. This highlights Japan’s failure to stem its declining birthrate, and some predict that if this situation continues, Japan’s population will fall by two-thirds during the 21st century. In such a shrinking society, I wonder what will become of the way we live.

New possibilities for a 21st-century society with a decreasing population 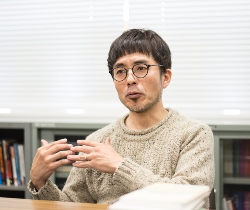 I am no expert on population issues, but even when I look at the statistics I can immediately see that Japan’s population swelled almost three-fold during the 20th century, and then conversely will plummet to one-third during the 21st century. I call this the “one-third society.” Such a drastic decline in population is an unprecedented experience for Japan. If such a one-third society were to retain the concepts, values and ways of thinking which had proliferated in a society with an increasing population, I expect an impasse would be reached. It is my belief that finding new ways of living and new possibilities for a new society will ultimately require new concepts and new values.

Thinking about a society with a declining population often takes a negative tone, but I believe that a one-third society is far from a pessimistic one. Take for instance the Japanese expression that is often used to describe a society with a declining population—“shukutai shakai.” To begin with, the two-character compound term “shukutai” literally means to shrink and move backward, or to cower and shrink back from something. [The term “shakai” means society.] Naturally, in the case of “shukutai shakai” though, shukutai does not have this connotation. The expression caught on as a Japanese translation of the English phrase “shrinking society.” However, leaving the first half of the compound term aside [because it does mean to shrink or to shorten], the English term “shrinking” has no nuance of retreat or go backward [the second half of the compound term]. In other words, if “shrinking society” were to be translated word-for-word into Japanese, it should be “shukusho shakai” [with no nuance of backward movement]. And yet, it seems that translating the phrase as “shukutai shakai” is because of a preconception to view an expanding society with an increasing population as “advancement” and to view a society with a decreasing population and contracting economy as a “backward step.” My belief though is that a shrinking population can instead open up new unknown possibilities that were not feasible during the 20th century. If 20th-century ideas are dragged forward at will, an impasse will be reached due to the inability to still do certain things or the continual reduction in size of certain aspects. Rather, it is important to adopt a viewpoint of looking at shrinking in a positive light. Yet, no matter the requirement, it is not possible to realistically discuss completely new abstract concepts. In such cases, I wonder whether clues for new development and possibilities for the one-third society might be lying dormant in things shoved aside or forsaken amid the prosperity of the 20th century.

A “one-third society” where people can express their individuality

What then are these objects abandoned amid a growing society? I recall a discussion I had with architect, Kazuhiro Kojima. He said, “During the 20th century, the population exploded, and in order to meet the rapidly growing needs, a system was put in place designed to provide services efficiently—standardized as flat as possible.” He called this the “age of the big arrow.” Although he used this metaphor from an architectural perspective, it also seems that it was an age when individual social systems were also consolidated into one big arrow. For instance, a sense of belonging was required, subordinating oneself to an organization while eliminating the sense of self. People appeared to demonstrate individuality while in fact joining a trend which was just a big arrow. In other words, in an expanding society with an increasing population, imperatively bundling individuals into a single average value and consolidating them into a big arrow was a necessary social system. Forsaken at this time were the small differences contained in the small arrows.

Kojima suggested that now is the dawn of an age for the small arrows which had been abandoned amid the prosperity generated through consolidation in the 20th century. Indeed, I think that this suggestion also serves as a clue when considering the one-third society. Specific examples of small arrows which conceal small differences and cannot be consolidated into the big arrow will be individuals as opposed to the organization and communities as opposed to an urban area. Just because the big arrow can no longer be formed amid a decreasing population though does not mean that individuals, whether they be people or towns, can stand alone. They must aim for new connections and collaborations. In fact, we can see from social networking sites and similar media that they do not rely on existing organizations. Instead, new communities are formed. Survival in these new connections and collaborations will depend on which type of arrow we are. In other words, we will shift from an age requiring belonging to an age requiring independence.

Own unique existence as seen in the “Mingei movement” 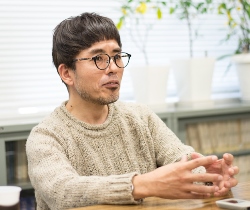 The 21st century is an age of infinite small arrows. In considering how independence and new connections will be in such an age, what has caught my attention in recent times is the “Mingei movement” [folk-arts movement], which began in the early Showa period in the 1920s and 1930s. Leading this movement was Yanagi Soetsu. What he tried to focus the spotlight on was the countless people who were being forgotten without ever becoming famous or important.

Amid a social trend of products being manufactured by machines, Yanagi Soetsu attempted to get clues for thinking about the next-generation society from so-called handwork which had fallen through the cracks of this trend. Yanagi emphasized the fact that the artisans conducting this handwork were “poor.” His view was that, while poverty is deplorable as a division from the trend, in fact, it is also a situation that should be evaluated positively. His view was that it is poverty that gives rise to things all the more beautiful. My impression is that the “poverty” to which Yanagi refers is earnestness toward living—that is, the bravery of artisans, or the feeling of life lived desperately. It was the Mingei movement that pursued a vision of society which rightly accepts every one of these trivial vocations.

Moreover, Yanagi not only appreciated the beauty of objects produced through the handwork of artisans, he also set great value on encounters with things right in front of oneself at the time. More precisely, on the subject of how one behaves when facing an object, there are certain aspects that can only be seen by being oneself all the more. Take for example a teacup you hold in your hand. Rather than thinking that it is a great teacup because it is valued by society, it is up to you to decide whether that teacup is good or not. In other words, in facing an object, what you are trying to rethink is on your side. It is about your own unique existence, unaffected by social evaluations and trends. Furthermore, Yanagi believed that this is not just one person’s problem; that building up an attitude of finding out how to encounter objects in a sincere and self-centered manner, in doing so, caring about the earnestness of others above all else, and increasing the number of people with such an attitude would lead to a direction for improving society as a whole. Even though we are currently in an age with a continuous massive influx of information, for us people who cannot easily empathize with the earnestness of others, I believe that the Mingei movement can provide us many clues.

What is needed is empathy by which pain is shared

Based on this point of view, I have proposed the perspective of “intimacy” as a keyword for rethinking the Mingei movement and for considering how society ought to be in the future. The word “intimacy” means a feeling of familiarity or a degree of closeness. In Japanese, I think the word “itooshisa” is a suitable equivalent.

The root word “itooshii” tends to take a connotation of adored, but originally it had such meanings as trying, distressing, unpleasant and loathsome. Nowadays, the first part of the word “itooshii” takes the Chinese character “愛” [meaning love], but in the Man’yoshu and other older texts, the character “労” [meaning labor or pains] was used. In other words, being put in a trying, distressing and unpleasant situation was described as “itooshii,” and at some point in time, the word came to represent the sympathy for others who have fallen into such a situation. The word evolved further, and came to express the protective feeling for weak people (or objects) who are susceptible to falling into difficult situations, and at this point, the word took the Chinese character “愛” [meaning love]. Although the term “itooshisa” is word expressing love and affection, I feel as if the nuance from when the original character “労” was used still remains today. On the other hand, the degree of closeness signified in intimacy has a physical nuance of wanting to hug someone tight. Taking into consideration the transition in meaning of the term “itooshisa,” what can be surmised from these usages is a deep empathy for the earnestness toward living which, at times, is accompanied by physical pain. The object of this feeling is not limited to people; it can also be felt toward inanimate things, towns and communities. In any case, it is linked with an awareness for smallness, vulnerability and frailty. I think what is required now is indeed this engendering of deep empathy felt for earnestness due to smallness, vulnerability and frailty.

If anything, the term “intimacy” refers to empathy by which pain is shared. In addition to focusing the spotlight on the countless people forsaken by the 20th century, I believe that it is indispensable for building collaboration between them and for forming new communities.