Will cheap bioplastics appear before marine pollution reaches the limit?

Plastics have been associated with the depletion of oil resources and waste problems for years, and recently, marine pollution caused by plastics has become a serious problem. The popularization of bioplastic is expected to develop as an effective measure, however it is said that currently, its share in the plastic market is less than 1%. Why are bioplastics not yet popular? 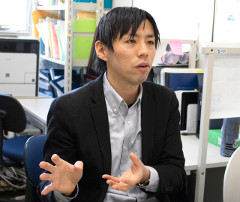 Marine pollution caused by plastics has recently become a problem. Even before this however, plastics have long been a waste problem, and it has been a particular challenge that they cannot be produced if oil runs out.

The cause of the waste problem, which also overlaps with the marine pollution problem, is that plastics take an extremely long time to decompose in nature.

For example, if a plastic bottle is thrown out onto a street or in nature and never collected, it will remain there for hundreds and thousands of years unchanged. If this theoretical bottle were to drift into a river or the sea for example, it would be fragmented by ultraviolet light and waves into microplastics, which are tiny pieces of plastic that measure less than or equal to 5 mm long.

They are difficult to see with the human eye, but it is now said that there is an estimated 15-51 trillion pieces of these tiny plastics in the ocean today. It has not been scientifically clarified what exactly happens if these microplastics, which are introduced into the bodies of fish and marine organisms, accumulate in the bodies of the animals and humans who eat these organisms. This is a phenomenon that mankind has never experienced.

In consideration of this, a gradual prohibition on the use of disposable plastic products is underway in the United States and Europe. More and more food service chains, for example, are phasing out the use of disposable straws, and plastic bags, which are still commonly used in retail stores and supermarkets in Japan, are legally prohibited in many countries.

Japan is still behind the curve in such regulations and seems to be focusing instead on collecting and recycling plastic products. The process of recycling plastics however can sometimes require even more energy than the process of making plastic itself, and can actually be a source of additional CO2 emissions into the atmosphere.

In other words, while recycling plastics certainly sounds like a noble activity, it in fact takes time, trouble and pollutes the environment.

More plastics are actually thermally recycled than reused, which means that plastics are burned and utilized for boilers or power generation. When this happens, CO2 emissions continue to increase and is detrimental for measures against oil resource depletion.

Should Japan start regulating the use of plastic products like in the United States and Europe? Of course, legal regulations are necessary and important, however, this alone will not solve the problem.

It is only fairly recent that the products around us have changed from being made of metal and glass to being made of plastic, but since this transition started the use of plastics has exploded all around the world. This is because plastics are very useful. Indeed, it is now practically impossible to build a plastic-free society.

As such, there is a limit to how much we can feasibly regulate the production and use of plastics, and with this understanding, it is reasonable to expect that bioplastics be developed as a measure to control plastic pollution.

In this category, the components of plastics do not matter. If a plastic is biodegradable, it is a bioplastic even if it is made from petroleum.

Of course, the final goal of researchers is to develop biodegradable plastics derived from organisms, and it appears that now is a sort of transition period.

I myself am studying biomass plastics. When many people hear the term “biomass plastics” they might generally imagine a type of plastic made from plants such as corn.

Here, the process is briefly explained. First, starch, which is contained in plants such as corn, is saccharified or, in other words, decomposed into a simple sugar called glucose. It is then fermented into lactic acid. Lactic acid is then refined to obtain high-grade lactic acid.

This high-grade lactic acid is polymerized, which means that monomeric molecules are bound together, to obtain a compound called lactide, which is then polymerized to obtain polylactic acid. This is called PLA resin and serves as a material for plastics.

I, on the other hand, am developing methods to produce lactic acid or succinic acid from microalgae such as cyanobacteria or Euglena instead of plants such as corn.

This is because cyanobacteria and Euglena directly produce lactic acid or succinic acid by CO2 uptake and photosynthesis. In this method, photosynthesis and saccharification/fermentation, which are normally two processes, are combined into a single process.

In addition, we do not need to use starch, which is edible and expensive, or CO2, which has been a problem as a greenhouse gas, to generate organic acids.

Our current issue is how to enhance the photosynthesis efficiency to mass-produce lactic acid and succinic acid.

Photosynthesis is a function, which plants have developed over billions of years to survive, of taking in CO2, which is only present at measurements of 0.02-0.04% in the air. To further enhance the efficiency of this function is an extremely difficult process. Although researchers around the world are currently addressing this issue, no satisfying results have yet been obtained.

For bioplastics to become more prevalent, there must be an increase in consumer awareness 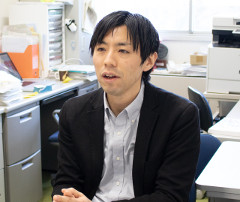 Although the technology to produce biomass plastics has already been developed, it cannot yet be produced commercially at a reasonable cost. Biomass plastics are always higher in cost than existing plastics.

As a result, the prevalence of bioplastics has not progressed by any substantial measure, and its share of the plastic market is still less than 1%.

Bioplastics however are used in some common products around us, such as plastic bottles or shampoo bottles. The GreenPla or BiomassPla symbols, which are certified by the Japan BioPlastics Association, are featured on these products, but most consumers buy them not knowing what these symbols mean.

Manufacturers are making efforts to control product prices so that they don’t get too high. However, if the use of bioplastics leads to price increases that prevent consumers from purchasing bioplastic products, there are rational limitations to what businesses can do.

Therefore, in reality, the logic that “environmentally friendly bioplastics should be used even though they are a little more expensive” is not practically feasible.

We think that the best way forward is to start by using bioplastics to make high value-added products that will sell even though they are slightly more expensive, rather than directly focusing on bulk chemicals which are produced on a large scale.

A current prominent example is agricultural mulch film. It is a material that covers ridges in fields to protect them from weeds and prevent water from evaporating from the soil.

Existing mulch-films made of petroleum-based-plastics need to be removed after harvesting and come with disposal costs. In the case of biodegradable bioplastics on the other hand, the film can be left in the fields to decompose spontaneously, which saves time and money.

In all, in order to spread the use of bioplastics we need a two-step strategy: first, we must popularize bioplastics by using them to make products with high added value, such as described above, and second, we must come up with a way to mass-produce them at a low-cost.

We tend to be impressed when problems at hand are dramatically improved. For example, we feel grateful when our illnesses are cured. However, it is more important to prevent the illnesses before it can even develop.

The development of biomass plastics is the same. By continuing the use of petroleum-based-plastics, we continue to run the risk that wastes will overflow if the waste plastics disposal process fails to meet the demand, that marine pollution will proceed, and that CO2 emission will keep increasing. Our idea is to conduct measures for those problems in advance rather than to address them only after their most serious effects become obvious.

To do so, we researchers are aiming to develop bioplastics, but we also expect that you, as consumers, will raise your level of consciousness of the issue.

It is said that the level of concern among the Japanese public for environmental issues is actually lower than in the United States or Europe. I mentioned previously that the logic that “environmentally friendly bioplastics should be used even though they are a little more expensive” is not practically feasible. This tendency appears to be stronger in Japan than in the United States or Europe.

However, if Japan, which is surrounded by the sea, keeps polluting the sea with petroleum-based plastics, it may end up causing irreparable damage.