I very often hear the argument that Japan’s pay-as-you-go public pension system is at the end of its rope, due to the declining birthrate and an aging population. To resolve this issue, the Japanese government introduced various measures, such as the macroeconomic slide formula. But it has been pointed out that such measures do not address the essential issues head on. 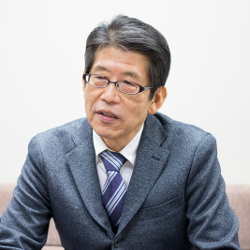 Why does Japan use a pay-as-you-go public pension system? A major underlying factor is most likely the Confucian spirit, which is based on the belief that it is the responsibility and duty of young people to support the elderly. In the past, young people accounted for much of the population. As a result, even if the spirit was institutionalized, people were able to accept it without issue. But, as you well know, Japan’s population aged, which changed the country’s demographics. In response to such circumstances, the Japanese government has attempted to help stabilize public pension financing through measures such as injecting taxpayers’ money, adopting the macroeconomic slide formula, and investing in risky assets as a means to manage the pension reserve fund. All of these are nothing short of haphazard measures. In particular, the fact that the government is spending over half of the pension reserve fund (i.e. pension capital) on risky asset investments (e.g. stocks) is mind boggling. In fact, the reserve fund was mismanaged in 2015, registering a deficit of 5.3 trillion yen, due to falling stock prices. While stock prices are said to have recovered, it is also true that the government is supporting those very stock prices by investing the pension reserve fund. In essence, the pension reserve fund is being spent for the purpose of supporting stock market. But if a financial crisis similar to “Lehman Shock” were to occur again, there is no telling what the deficit will be if the current fund management policy does not change. If that happens, who will hold responsible for the reserve fund deficit and who will carry the burden? In the end, the public will be left with the burden.

In other words, the current measures focus on ways to keep the status quo, rather than addressing the fundamental issues by tackling head on the issue of the declining birthrate and an aging population, which is a major issue facing Japan.

But how then can the issues be addressed? The key can be found in remarks made by the former prime minister of Sweden. The public pension system in Sweden, which is known as an advanced welfare country, was in danger of collapsing as well, and was once drastically reformed. But the country has apparently hit a roadblock once again in recent years. In the midst of all of this, John Fredrik Reinfeldt, Sweden’s prime minister from 2006 to 2014, stated, during his administration, that he would raise the pension provision age to 75. This caused a public uproar, which was covered extensively by the media, and became a major societal issue. There is no doubt that, on the surface, this appears to be an attempt to cut pension spending. But Reinfeldt had a deeper message, which was that the current social structure – one in which people retire in their mid-60s and rely on a pension after that – must change. That, however, is easier said than done. Once people reach a certain age, they will not be as physically strong and their memory will not be as sharp. Making such people work is harsh, and on top of that, the real world isn’t so kind to allow them to remain in the workforce. There’s no denying that. But if that is the case, why not create an environment that enables the elderly to work? Reinfeldt’s point was that we must reexamine our existing labor practices.

As a matter of fact, there are companies that have improved their performance by giving the elderly employment opportunities. The town of Kamikatsu, Tokushima is a depopulating and aging town with a population of roughly 1600. Over 50% of the town’s residents are senior citizens. While Kamikatsu’s main industry is agriculture, after exploring ways to create a type of business that would allow the elderly to work, a new style of business launched in 1986: the “happa business (leaf business).” The business sells seasonal leaves, flowers, twigs, and the like for use as decorations for dishes served at Japanese restaurants. These products are lightweight and beautiful, allowing the elderly and women to handle the tasks without too much trouble. Being able to work has rejuvenated the elderly and has given them a sense of purpose, and the happa business has energized the town. On top of that, the business was a huge success and officially became Irodori Co., Ltd in 1999. Today, it is said that the company’s annual sales amount to 260 million yen. What’s more, the number of people living in nursing homes has dropped, and municipal nursing homes apparently no longer exist.

This type of company exists in the Unites States as well. In this company, half of the employees are aged 74 or older. Located in the suburbs of Boston, the company is a manufacturer of stainless steel needles. After the company had difficulty attracting young workers, it decided to hire the elderly. The elderly workers would work part time and decide their own hours. What was the outcome? They performed their tasks steadily while enjoying themselves. One of the employees is over 100. The elderly workers were able to truly feel that their work was beneficial to society, which has motivated them to work. While their work cannot be described as efficient in terms of production, they perform the tasks carefully, which is very important in manufacturing needles. Amazingly, the company’s sales have tripled.

The Problem is that Work is Causing Distress 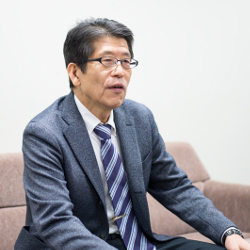 Nevertheless, there are also surely a large number of people who have no desire to work beyond age 65. This is most likely because they have faced numerous hardships in the workplace ever since they were young. They put up with rush hour, long working hours, harsh quotas, and even unreasonable power harassment in order to support their families. There is no question that working hard to provide for your family is a wonderful thing. But providing for your family should not be the only reason you work. There has to be another incentive. Ideally, work is supposed to be fun and it should motivate you. We work to realize our dreams or achieve self-fulfillment. The act of “working,” which takes up a large chunk of our lives, is something that must be carried out for the good of your family as well as for your own happiness.

If work makes people happy, rather than causing them distress, everyone, whether they are 75 or 100, would continue to work, as long as they are healthy and have the energy. Ideally, the pension system should, in principle, offer a helping hand to those who have an illness or are no longer physically able to work. By no means should it be something that is provided to everyone once he/she reaches a certain age.

The mindset for creating “new society without intergenerational dependency” involves taking advantage of the issue of elderly labor practices as an opportunity for bringing about fundamental changes to society as well as the employment system, work environment, corporate practices, professional education, and financial system.

Coming up with Drastic Measures Requires a Mindset for Respecting Diversity

In order to create “new society without intergenerational dependency” it is important to transform the awareness of not only workers, but corporate managers and companies as well. Some corporate managers believe that workers must put up with a distressing work environment because we live in a distressing and competitive era, and that’s why employees get paid. There are also companies that promote early retirement of elderly workers because such companies believe that the elderly offer no value to companies. While this type of manager or company may be able to contribute to profits in the short run, I believe that they will lose such profits in the long run.

Each person, whether young or old, is unique and good at something, has an ability as well as a purpose for working. It is important for managers and companies to have a mindset for discovering those things, considering ways to create an environment that allows each individual to be productive, and putting in place such an environment.

Furthermore, this notion is not limited to the elderly and applies to women as well. In Sweden, various organizations have pretty much an equal balance of men and women. Some in Japan claim that such a situation is reverse discrimination (i.e. women are taking the jobs of qualified men). But ultimately, that argument does not take into consideration the notion of diversity, which involves taking advantage of women’s abilities that differ from those of men. We need to create a society that respects such differences and discover new value in those differences, rather than eliminating the differences between men and women. Moreover, I believe we need to have a similar mindset in implementing drastic measures in resolving the public pension issue.

* The information contained herein is current as of January 2018.
* The contents of articles on M’s Opinion are based on the personal ideas and opinions of the author and do not indicate the official opinion of Meiji University.