Thoughts on the image that “Islam is dangerous!”

Recently the image of Islam as a ringleader causing international terrorism has become stronger. Why are they so violent? Many people seem to believe as such because Islam has a dogma that affirms the violence of jihad. However, this is a complex issue that is both correct and incorrect. 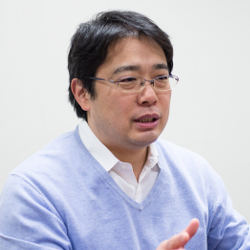 Terrorism conducted by Muslim extremists has come to draw a great deal of worldwide attention since the attacks of Sept. 11, 2001 in the US. In other words, the image that Muslims are terrorists has been established in the past dozen years or so. In fact, in the Middle East, for example, Palestinian guerrillas started armed struggles for the Palestinian cause and nationalism from the 1970s. However, those were struggles aimed at liberation or independence of their homeland, or domestic or regional conflicts in other countries distant from Japan. Then, radicals under the banner of Islam such as al-Qaeda since the 1990s and the Islamic State (IS), which emerged in the confusion after the Arab Spring in the 2010s, began carrying out terrorist attacks. When Japanese citizens became caught up in these attacks and taken as hostages, or killed and video footage or images released, the image of Islam as a terrorist group and a horrible organization was created and established. However, radical Muslims are of course only a tiny minority. Most Muslims wish for peace in the same way as Japanese people. Despite knowing that in our heads, we develop Islamophobia, which may be driven in part by our lack of knowledge on Islam from there being too little information on it.

Actually, about 20 years ago in Egypt, I was surprised by the question, “Are you a member of the Japanese Red Army?” The question, asked by an Egyptian, was no doubt inspired by the activities of the Japanese Red Army reported worldwide in the 1970s. Even back then, in the Middle East, distant from Japan, some people believed that the Japanese were terrorists. Can we laugh at this as a joke? Now when we see people from the Middle East or Muslims, some of us think of them as terrorists or radicals and are afraid of them. This is because there is no different information on them, only a lot of information on extreme and limited cases. Such information biases us, so that some of us may stop thinking critically rather than try to know more about them. If this leads to the national particularism or discriminatory behavior that can be seen in the world in recent years, it is a serious problem.

First of all, do we have any idea what kind of religion Islam is? I suppose many people don’t know that Islam is the “brother religion” of Judaism and Christianity. For example, jihad is translated as “holy war” and Islam may seem to be a religion that recommends war alone. However, the origin of the word “jihad” is “striving” in Arabic, and jihad originally means effort to deepen one’s faith and self-sacrifice to Allah. This mental jihad (moral training and self-control) is called the greater jihad, while fighting for the faith by force of arms is sometimes called the lesser jihad. However, this force of arms occasionally denotes the pen or tongue. In other words, Islam tells Muslims not to use violence straight away but to use writing or words in order to defend the faith. In addition, the “defensive jihad” to defend the faith and the “expansive jihad” to spread Islam expanded this religion across ethnic lines and regions. In the middle of the 7th century, the Umayyad Caliphate was established with its capital in Damascus in modern-day Syria, and ranged from Central Asia to North Africa and the Iberian Peninsula in Europe. This was the first Islamic dynasty of the Umayyad family that inherited the caliphate (caliph: a successor to the Islamic prophet Muhammad) by succession. However, as dissatisfaction grew with its preferential treatment of Arab Muslims, the Abbasid family, advocating that Muslims should be equal, conquered the Umayyad Caliphate and established the Abbasid Caliphate. This dynasty ruled a territory almost as large as the Umayyad Caliphate, but was gradually weakened. Therefore, regional governments based on ethnic groups or communities were established across the territory. After that, the Ottoman Empire grew into the dominant dynasty, ruling a large territory in the Middle East and posing a threat to European countries. This history is quite different from Japanese history, without any unified state based on Buddhism across East Asia.

From modern times, the Islamic world was divided and ruled by European colonialism. For example, after World War I, the territory of the Ottoman Empire was divided in accordance with a secret agreement (Sykes-Picot Agreement) drafted by the United Kingdom and France. One could conclude that the Middle East or Islamic world was a victim of European powers’ autocratic policies. The legitimation of jihad for recovery of “lost territory” by IS and other radicals is backed by this history. In addition, it became a watershed that Islamic militia gathered from various parts of the Islamic world after the Soviet Union intervened militarily in Afghanistan in 1979. It signified the beginning of jihad to defeat “distant enemies” such as the Soviet military invading Afghanistan as an enemy to Islam, in addition to jihad to defeat “nearby enemies” such as policy-makers considered as non-Islamic or foreign forces ruling their homeland. In their views, this has developed into international terrorist activities including attacks against the United States supporting Israel, and terrorism against European countries persecuting Islam. Some radicals also claim that jihad to defend Islam is a duty imposed on all Muslims. Those who answer its calls become recruits for radicals.

To be sure, some Muslims support this theory or interpretation, but not all Muslims support it. Their perception of borders is definitely “looser” than Japanese people’s one. For example, nomads move across borders even now. There is also a sense of ethnic solidarity or religious bonds across borders. This does not automatically mean that denial of existing border lines and claims for a unified Islamic state are the mainstream. Muslims have a love for their homes or countries, an ethnic consciousness, and an identity as a Muslim, which are well “mixed” to exist together. Even secularists thinking that religion should not intervene in politics and nationalists emphasizing nationalism often have a strong awareness of being a Muslim in a compatible manner. Therefore, even Egyptians, many of them consider persecution of Muslims in Syria or Palestine as a crisis of brotherhood and empathize with them. It may be difficult for Japanese people to understand this feeling.

The claim of radicals for recovery of the lost Islamic territory may sound good to the general public, but it is common to consider it as a distant or outdated idea. I guess most Muslims think that a sense of Islamic solidarity and Islamic communities stand even without forming a unified state.

The worst thing is to stop critical thinking without knowing

Just by knowing the historical background of Islam, you could understand part of the reason why radicals regarding Europe and the United States as their enemies stems from Islam, as well as the fact that most common Muslims do not share such radical beliefs or behavior.

Lately some students say that Saudi Arabian Muslims they met while they were studying abroad were normal people like them, and others say that they work together with Muslims in their part-time jobs. These students have noticed that they were unknowingly biased by seeing real Muslims face to face. Islamophobia is not only caused by politicians claiming Muslim exclusion, but also accumulated in our environment or circumstances where we can only see extreme cases without knowing. It is important to try to know different information. Of course, you don’t have to affirm all of Islam just because you know different information. You may feel a rejection of Islam or maintain an indifferent attitude. Nevertheless, that would be much better than being unknowingly biased or ceasing to think critically. It is said that there are more than 0.1 million Muslims in Japan and 1.6 billion Muslims in the world now. There are a lot of opportunities to know Islam. First of all, it is important to strive to know.