“Fake news” is not “false news”

Information published by media is sometimes called “fake news” or “post-truth.” Generally, these terms are defined as “false news” and “irrelevant truth.” However, these definitions are said not really able to perceive the situation of today’s information society.

Information on social networking sites is all fake 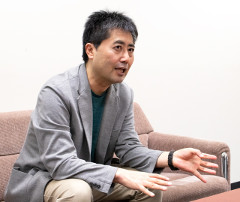 The term, “fake news” caused a buzz after President Trump used it frequently against the media and all that was critical of him. In Japan, the term is occasionally used for false information that might stir up fear among people in times of disaster and such.

Although this term is generally understood as “false news,” in my opinion “fake news” is never “false news.” This will be clearer when you think in terms of media theory.

According to Marshall McLuhan, a Canadian communications theorist, media have a broad framework that has gone through changes several times over the course of time and up to the present.

The next framework, I think, was mass media. From the mid-19th century to 2011, exposure to mass media enabled the gaining of information.

I am not going into details as to why 2011 is given, but since that year mass media practically has lost its leadership role in new media. Today, the Internet has become firmly established as the framework for media.

As recently as eight years ago, the value of information in mass media which is the framework of media, was “truth.”

Professional journalists and directors used to ensure the correctness which is to say “truth,” of information by verifying the information based on multiple sources and eliminating bogus facts. When the correct information was deemed newsworthy, it was transmitted to a mass audience.

If there were any errors in the information, they were corrected as soon as practicably possible. Moreover, fake or fabricated information, would be castigated by other journalistic organizations. So, the mass audience trusted the mass media.

However, as information get circulated on social networking sites via the Internet, the information is most likely not verified based on multiple sources. Basically no one knows if such information is true or fake, and this has become the “de facto standard.”

For instance, information is disseminated on social networking sites in the form of “tweets” and “retweets.” The people who retweet the information do not necessarily think it is fake. I think they probably think the information may be true.

In other words, they assume some sort of trustworthiness in the opinions asserted or transmitted before they were posted to the Internet.

In the theory of mass media, such information, which is speedily dispersed on social networking sites, is of course all “false news.”

Nonetheless, the mass media is no longer the framework of media as the Internet has gained power.

In other words, the term “false news” is a perception of the value of today’s media from the perspective of preceding media. If such is the case, it will be difficult to gain an appropriate perception of the present situation.

I think the quality of information on social networking sites, which use the Internet as a medium, is basically all fake, and such framework of the Internet is called “post-truth” (or next “truth”).

Every value is relativized in the world of the Internet

There are some background factors. In the previous era of mass media, only well-educated and knowledgeable people were able to voice their opinions. In contrast, in the current era of the Internet, anyone can say anything. In terms of delivery of opinions, this is democratization.

For example, in the early stages of the Internet, a vision of the future was drawn in which anyone could voice their opinion and all people of the world could connect with one another. However, in reality, people have limited their consumption of media to only those of similar opinions in the midst of a flood of good and bad information.

It is like an extremely exclusive society, or an “octopus-pot-like” structure (a compartmentalized society structure). The “truthfulness” which was of importance for the previous era of mass media is no longer significant in such a society.

Furthermore, every value is relativized in a world where anyone can equally voice their opinions. For example, to understand the theory of relativity developed by Albert Einstein, long years of study are required and only a few can achieve a complete understanding of his theory. And those few may carry authority in academism.

It is doubtful whether we can expect scientific development in a world where the authority or hierarchy of the few who can understand the theory of relativity, that is, academism, is flattened out. 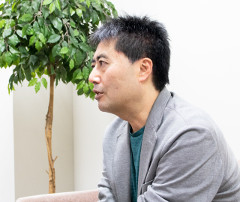 I am not saying we should return to the era where extraordinary authority was unconditionally granted to academism and journalism. However, there is no doubt that the Internet society is not in a good situation.

It has been only eight years since 2011 when the Internet was established as the framework of media. It is in a transitional stage now. What structure will be possible for the Internet society? It is at least necessary to envision a new structure, and I think this challenge should be addressed from the standpoint of philosophy.

One example is how we grasp values. Currently the number is linked to the economic value by an affiliate mechanism.

As stated above, however, determining value based on such a number is an unsound method of evaluation. On the other hand, the mechanism of bitcoin offers a good clue.

When it comes to cryptocurrency, in general, attention so far has only focused on what the exchange rates would be between cryptocurrency and existing currencies. However, what matters is why cryptocurrency has value. Crypto currency is essentially toy money which does not have value in the real world. Then where does its value come from? It comes from the process of mining bitcoins on a blockchain. In fact, the structure of that process is important.

To put it plainly, bitcoin sees value in the “labor” of computational effort, called PoW (Proof-of-Work), which monitors and approves the whole system of bitcoin.

In fact, the system consumes large amounts of electricity, which has given cause for environmental concerns. However, I think bitcoin has proved that value cannot be generated unless it is based on labor.

This is an issue of economic value. But beyond that, in general, how is “value” created in the flattened out Internet society? It is important to consider that the creation of value is not based on popularity measured by a number.

For example, in order to establish authority in academism or traditional performing arts, long years of study, sometimes involving difficult procedures, are required. On the other hand, a vast amount of knowledge can be easily obtained through the use of search engines on the Internet.

We are apt to see a greater value in the “number” of vast amounts of knowledge that can be easily and quickly obtained rather than the “labor” of long years of study. However, such knowledge is just a fragment of information, and is no more than trivial knowledge.

What counts is a comprehensive skill to put together and organize such trivial knowledge. And long years of study are also required to enhance this skill.

I said earlier that a new vision for the Internet society should be created from a standpoint of philosophy. On the other hand, I hope general consumers and students will not be satisfied with fragmentary information found on the Internet or presented through Twitter, but rather will consciously acquire broader, organic knowledge so that they will be able to piece such information together and put together a more complete picture.

While in Japan and the US, the relativization of authority and the value of numbers are prominent. The disrespectful attitude toward journalism of Prime Minister Abe and President Trump symbolizes this trend.

If we citizens continue to make judgements based on only fragmentary information, we will remain manipulated by our government’s policies as illustrated by the old saying, “Let people follow the policies, and do not let them know why.”